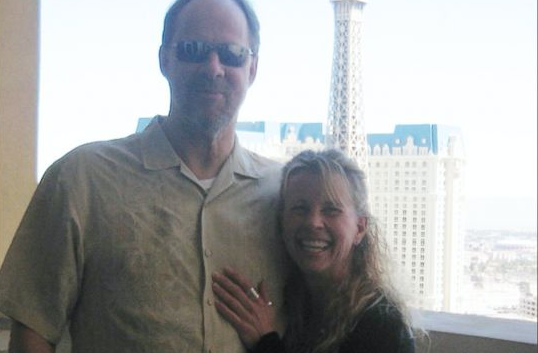 Something is afoot at the Clark County Coroner’s office: Autopsy of “Stephen Paddock” reveals body was not Paddock, was rather someone else

LAS VEGAS (INTELLIHUB) — It is unknown why the Clark County Coroner has released the autopsy report of a random 6′-1″ tall individual with bad teeth after cremating the body, violating court a court order, and then claiming the body is that of the alleged shooter Stephen Paddock when Paddock is clearly 6′-4″ tall and has rather good teeth.

This is not a joke. This is real and should scare any American who entrusts their government, to tell the truth.

The bogus autopsy records were released by the coroner on Friday and contradict everything we know about Paddock physically.

The autopsy showed Paddock, who was just more than six feet tall, was considered to be slightly overweight at 224 pounds, had high blood pressure and bad teeth. But he appeared to be healthy and nothing out of the ordinary was uncovered in his physical condition, even after experts at Stanford University conducted a microscopic brain examination, according to the documents.

Information listed in the Las Vegas Metropolitan Police Department’s preliminary report on the 1 Oct. massacre, reveals that the body autopsied by Dr. Lisa Gavin may not be Steven Paddock at all.

According to Section VIII of the report titled Suspect Autopsy: “On 10-06-17, at approximately 1625 hours, under CCOCME case 17-10064 and FBI incident number 4-LV-2215061 an autopsy was performed on the body of Paddock at the CCOCME
by Doctor Lisa Gavin.”

However, the report lists the decedent Stephen Paddock as being only “73 inches” tall (6′-1″) despite the fact that it is well known that Paddock was 6′-4″ in height and had a much larger frame than the dead guy pictured in the leaked crime scene photographs.

Additionally, the eye color listed on the official state document says Paddock’s eyes were “BL” (blue), while the autopsy report says the decedent’s eyes are “brown.” Again, the document is based on Paddock’s California driver’s license.

Moreover, the time of death listed in the autopsy report was 12:00 noon on Oct. 2, 2017, which conflicts with what authorities initially reported.

Originally, it was reported that Paddock had committed suicide at 11:20 p.m. on the night of Oct. 1, 2017, which is even more alarming after two single shots were heard at 10:16 p.m., following 11 fully-automatic gunfire volleys.

The autopsy report also states in reference to a bullet exit wound:

This could mean one of two things — either there was a separate exit wound at a different trajectory than the mouth wound or there was no exit at all.

Youtuber AmericanEveryman does an awesome job at pointing out how the projectile may have never exited the skull of he man autopsied, despite the fact that the alleged self-inflicted gunshot wound was reportedly done with a rather powerful weapon.

If that’s not enough, the autopsy describes how the anterior teeth are in poor condition and details that a majority of the maxillary teeth are missing. Were the teeth removed from the body so that it ultimately couldn’t be identified?

Why did the autopsy report not include the gloves pictured on the body in the so-called crime scene photos? Who took the fingerprints and confirmed they were Paddock’s? This person needs to be looked into.

Furthermore, there was casing, from the bullet, “visible within some of the radiographs of the head, neck, and chest” which suggests the body may have also had a gunshot wound to the neck and the chest, as many online sleuths have already speculated.

Withal, it has now been made apparent why the body was cremated.

Did the real Stephen Paddock and others make their getaway, prompting authorities to produce a body in an effort to appease the general public?

Did the real Stephen Paddock and others make their getaway, prompting authorities to produce a body in an effort to appease the general public? #stephenpaddock #LasVegasShooting

Related: Photo evidence proves the dead guy in the leaked photos is not Stephen Paddock

We need to see the postmortem report and ballistics! Send this to all news agencies and demand that they cover this!