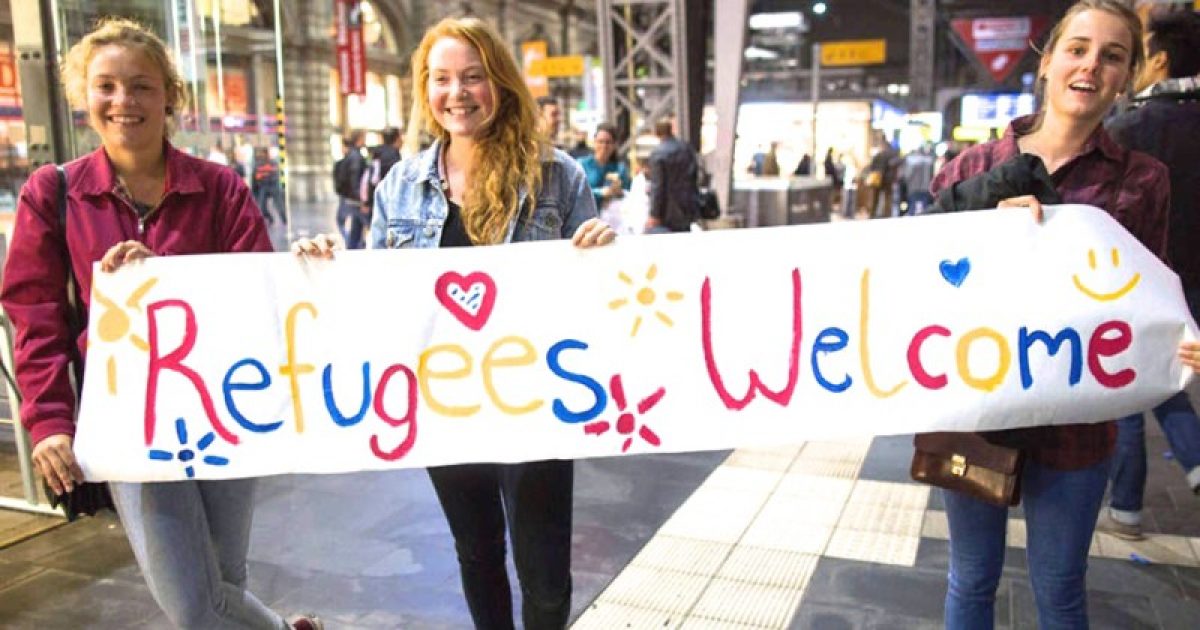 It’s never pleasant to be right about certain situations when an entire group of people suffer because of the lack of their government and some individuals in that nation to engage in critical thinking and listening skills.  But, that is exactly what happened in Germany.

When the German government of Angela Merkel issued an open invitation to illegal alien invasion of Germany, many individuals predicted the end of Germany as we know it and the beginning of Germany descending into a lawless, crime-ridden society.

According to one German refugee worker, she was wrong about open borders, admitted it was “too late” for Germany and has planned to emigrate to Poland.

A refugee worker who once welcomed Angela Merkel’s decision to open Germany’s borders to over a million predominantly Muslim migrants now admits she was wrong and is emigrating to Poland, asserting, “It’s too late for Germany.”

After founding the refugee aid association Working Group Asylum + Human Rights in 2012, Rebecca Sommer was delighted to welcome the deluge of migrants that began arriving in Germany in the second half of 2015.

“At that time I wanted to help everyone and truly believed that all these people were fleeing hell and were in a state of complete distress,” Sommer told Polish weekly Do Rzeczy.

Along with over 300 volunteers, Sommer began providing German language courses to the new arrivals with the aim of helping them integrate into society.

With the initial hope that “their medieval view was going to change with time,” Sommer soon realized that, “Muslim refugees have grown up with values that are totally different, they have undergone brainwashing from childhood on and are indoctrinated by Islam and absolutely do not intend to adopt our values.”

Did not many claim that those who follow Islam and are Muslim do not intend to adopt western values, assimilate and integrate smoothly into our societies, and would initiate a cultural takeover once sufficient numbers were reached?  Yes, yes we did.  For communicating the truth, we were called “racists,” “bigots,” and “Islamophobes.”

Unfortunately, the truth has won out and the German people are witnessing and experiencing the reality of these warnings.

Sommer has realized she was wrong, identifying Muslims as an “existential threat” to Germany.

She also observed how the migrants, “regard we infidels with disdain and arrogance,” after they began to refer to her as “the stupid German whore,” a realization that she says has led other refugee volunteers to quit.

Sommer now admits that despite her good intentions, she got it completely wrong and that Muslim migration poses an existential threat to the Germany way of life, a problem that will only be exacerbated by the process of family reunification, where migrants will be able to invite their relatives to stay in Germany.

“If Poland and Hungary do not give in on this question, you could become countries that some Germans and French will flee to. You could become islands of stability in Europe,” said Sommer, adding that she has been personally attacked five separate times by Arabic-speaking men.

Indeed, fear of sexual assault is now so commonplace in Germany that jogging shorts which emit a high pitch alarm when triggered are selling like hot cakes.

The question is, “why are not Germans willing to stand up and fight for their country?”  Instead of calling up courage to defeat the invasion some of their own people invited, the solution Sommer envisioned is retreat, letting Muslim non-Germans dominate the nation to engage in eradicating German culture, history and landmarks.  Sommer, who assisted in the illegal alien invasion of Germany, has chosen to leave instead of trying to fight to reverse the course of cultural destruction she and others initiated.

Following the mass sexual molestation of women in Cologne two years ago, Berlin set up “safe zones” where women could congregate to avoid being assaulted. Police statistics for 2016 show that a full half of the crimes committed in Berlin were carried out by migrants.

A recent study by the German Federal Ministry for Family Affairs found that there is a direct correlation between the country’s rising violent crime rate and the mass influx of migrants.

Sommer concludes that with family reunification, Germany will be swamped by Muslim migrants and that political Islam, which is already beginning to exert its influence in schools, political parties, the government and the police force, will eventually become completely dominant.

“It’s too late for Germany,” she adds.

Infowars’ Paul Joseph Watson provides a video documenting the Islamification of Germany through TV shows, advertisements promoting the hijab, and a TV station changing its logo to reflect the crescent moon and star of Islam.  Watson called this a mass indoctrination of the public and a “reeducation program aimed at normalizing Islam.”

In other words, Germans are being brainwashed into thinking they are the ones that need to assimilate to Islamic culture, not the other way around.

Look at what has happened with ISIS in the Middle East – archaeological sites, such as Ninevah, have been razed to the ground because Islam tolerates nothing that is not of Islam.  Islamists have destroyed other archaeological sites to dig for valuable antiquities in order to finance their destruction of people and country.

The same thing will happen in Germany, France, the United Kingdom, and any other sovereign nation where the unfettered illegal alien invasion of Muslims occur.

Interestingly enough, someone claiming to be Rebecca Sommers has commented to the original article, on another WordPress blog and on Infowars.com declaring these stories to be “fake news” without providing any clarification on that.  The original source article at Delit D’Images can be viewed in English translation here.

This story has been picked up by several news agencies worldwide and now, it seems, the activist Sommers may be trying to mitigate the damage caused by her reversal of opinion on illegal Muslim invasion.  Those commenting on the article at Infowars.com are not convinced the comment is by the real Sommers.  Many refuse to give any sympathy toward her change of heart.

Julius Bond wrote, “Great, so you help in getting a military might force of young Muslim men into your country then you high tail it like the coward you are? Yep, sounds about right for liberal nut-jobs.”

“This apathy ‘it’s too late for Germany’ sickens me. You remove those who are conducting this, then you deport massively,” commented “Bill Cosby.”

Ah… declared, “Poland should refuse her entry into the country….she is a dangerous saboteur, infiltrator, agent du provocateur.”

Kid_you_not pointed out, “After her initial bad judgment now she is trying to spread panic and defeatism. Does it help Germany, this? No. And there is no purpose is [sic] moving to another EU state where the refugees can go to just as easily.”

All in all, most of the comments toward Rebecca Sommers were not supportive of her “change of heart.”  Many comments indicated Poland should not accept her, she should stay and fight for her country, and take responsibility for her mistake.  Only a few were sympathetic to her realization and identified her reversal and willingness to speak out as courageous.

It is difficult to feel sympathetic for individuals such as Sommers when the truth and reality of Islam has been published across the internet, in books, and on the television for all to see.  Moreover, the Qu’ran and Hadiths outlined the violence and nature of Islam to subjugate non-Muslims through the passages and teachings of Mohammed, may pig’s blood be flung upon him and a ham stuck in his mouth.

It is only through extreme stupidity – remember, ignorance can be corrected through education – those individuals championing open borders, welcoming Islamic invasion, have created a situation that could see the destruction of European civilization if the native populations are unwilling to fight for their culture, their lives and their country.

The German people will have to decide their fate, as well as will the peoples of France, Sweden, and the United Kingdom.

Ask yourself this one question, “Do you want to live the reality of “The Hunger Games

Fauci & Other Criminals In Panic Mode Over Rise Of Anti-“Vaxx”ers – Good, We Should Be Resisting Their Dangerous Religion
January 27th, 2022 Sons of Liberty Media

Did the CDC stage the “escaping monkeys” as a cover story for releasing the next bioweapon?
January 27th, 2022 DC Dirty Laundry