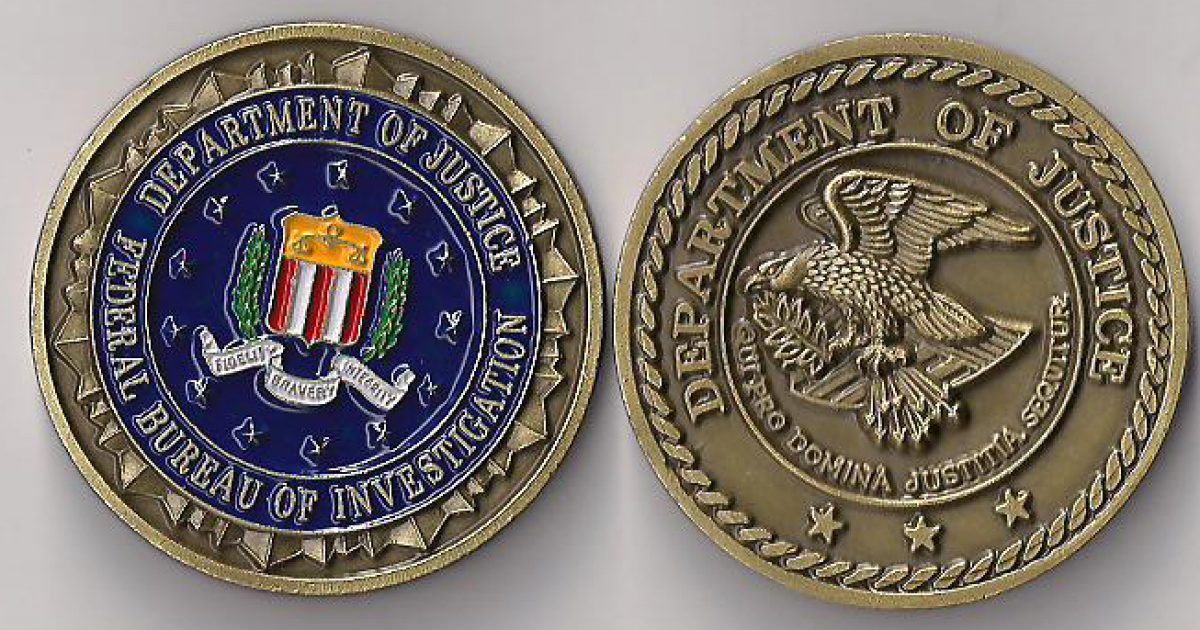 As more and more information comes out, including the recent texts between Peter Strzok and his mistress attorney, it looks like the rats are jumping ship at the FBI and Justice Department.

Mike Kortan, FBI assistant director for public affairs, and David Laufman, chief of the Justice Department’s Counterintelligence and Export Control Section both are out.

Both men are discussed in text messages sent by senior FBI Agent Peter Strzok and FBI attorney Lisa Page. President Donald Trump and many Republican lawmakers have argued that the texts are evidence of anti-Trump bias at senior levels of the Justice Department and FBI.

While the texts contain derogatory mentions of Trump, the messages made public thus far don’t attribute that sentiment to Kortan or Laufman, and there’s no indication that either departure is related to the recent flap.

Kortan, who has headed the FBI’s media operation since 2009, has told colleagues for months or longer that he was on the verge of retirement. The imminent nature of his departure was first reported by Fox News.

Laufman’s exit is more surprising. It was first reported by The Washington Post, which said he told colleagues he was leaving for personal reasons.

Laufman had served since 2014 as the top Justice Department official overseeing espionage investigations, as well as cases involving foreign lobbying and leaks of classified information. That put Laufman in charge of the Hillary Clinton email probe and aspects of the investigation into Russian interference in the 2016 election — an inquiry handed off last May to special counsel Robert Mueller.

The Strzok-Page texts suggest they held an unflattering view of Laufman and Kortan.

Of course, Politico tried to temper the story that this had absolutely nothing with their names being mentioned in the texts.

We know these men were heavily involved in the investigation into Clinton and the Russians.

David Laufman, chief of the counterintelligence section at the Justice Department's National Security Division, has stepped down, per @nakashimae. He played a leading role in the Clinton email server and Russian hacking investigations. https://t.co/nOthRGqnnC

However, radio talk show host Hugh Hewitt believes otherwise.  He took his thoughts to Twitter.  They come courtesy of  Thomas Lifson at the American Thinker, who believes their names in the texts have everything to do with it.

From one of my long time (but now retired) AUSA pals:

“David Laufman resignation is a big deal. As [d]ep. [a]ssist. [A.G.] for National Security Division, he was the [p]rimary [s]upervisor over [c]ounter-[i]ntelligence work in Nat Sec. He would have had a hand in the approval of the FISA application on Page.

“He likely had a role in the decision[-]making on the Clinton email investigation since his section handled cases involving leaks of classified information. The decisions on granting immunity, and allowing conditions to be attached to the examination of computers, would have come from his office. I do not think those were conditions that the FBI would have wanted. On the immunity issue, FBI wouldn’t have the authority – that could … come from [only] the prosecutors in Nat Sec.

“The press reporting is that he offered his resignation yesterday, effective IMMEDIATELY.

“That’s what happens when you are told that your are the subject of an OPR or OIG investigation.

This source isn’t perfect. None [is]. But very, very accurate over many years.

Lifson then goes on to write:

The other official henchman who “stepped down,” Michael P. Kortan, longtime associate of Comey and head of the FBI’s public affairs office, may have played a key role in covering up Hillary’s crimes in her handling of classified emails, concealing them from the public. Sundance of Conservative Treehouse describes his role: “‘Mike’s’ job was to sell the ruse as a valid investigation.”

In the process of analyzing the evidence in a long and complex post, Sundance clearly explains the mysteries behind this now semi-famous (the MSM are protecting their viewers and readers from the news) text:

Essentially, Sundance unravels the conspiracy to suppress evidence from the public prior to the election. If you want to be ahead of the game in understanding who did what in the FBI conspiracy to fix the election, and when the “insurance policy” had to come into effect, this post, also linked above, is essential reading, with its organization charts, timelines, and contextual information.

I do understand it takes a little time to formulate indictments from a grand jury and such, but why are there not several of these convening and indictments being issued every day?  Or are there and we just haven’t gotten that information just yet?

In either case, these things just don’t happen by coincidence.  There is a reason these men are leaving at the time they are.  They have now been implicated in the crime.