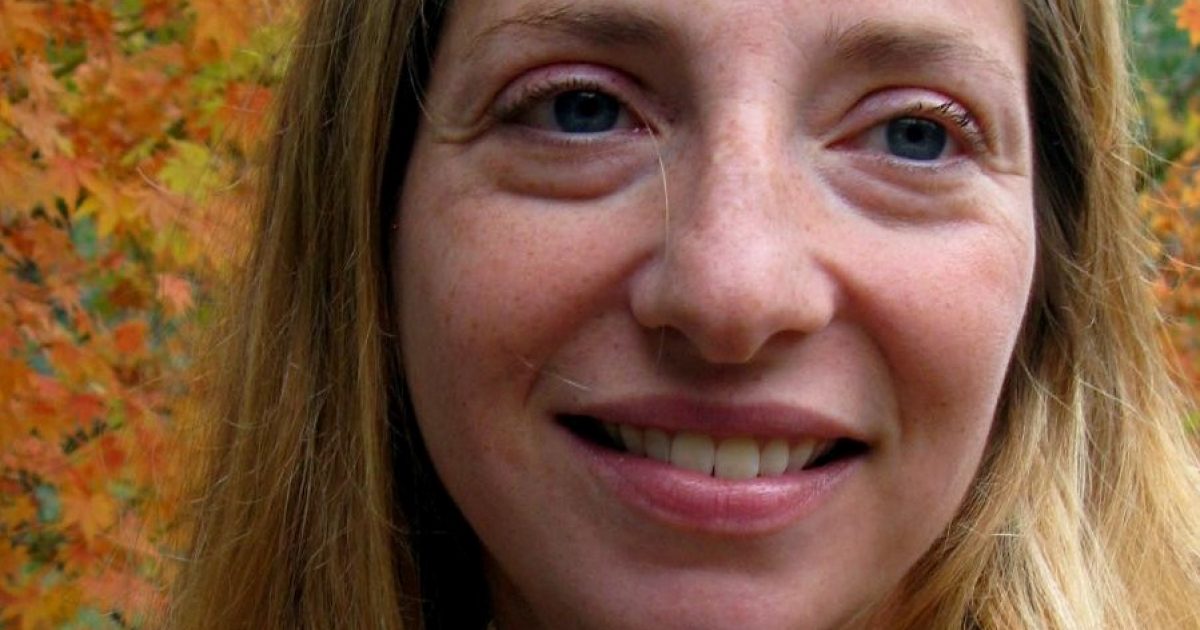 Editor’s Note:  How in the world could Islam possibly be considered a “race.”  First, there’s only one real “race” and that’s the human one since we all came from two people, Adam and Eve.  Second Islam is a demonic totalitarian ideology held by people from a variety of cultural and ethical backgrounds.  How this woman is allowed to even engage in writing is beyond me since she has no idea of how to define terms.

What race are Muslims again? What race is the jihad mass murder of innocent civilians again? I keep forgetting.

Anyway, why is Trump’s travel ban “dumb policy”? Because it “ignores the growing threat of U.S.-born non-Muslim terrorists. In April 2017, the Government Accountability Office reported that almost 75 percent of all terrorism fatalities were due to right-wing extremists.”

There are several reasons why that is a misleading statistic that does not establish what it is meant to establish: that “right-wing extremists” are a bigger threat to Americans than Islamic jihad terrorists.

1. It only counts fatalities, not people injured.

3. If you follow Jessica Pishko’s link to the Government Accountability Office, and go to page 6 of the report there, you’ll see that the count of fatalities committed by “far right wing extremists” and “radical Islamist extremists” begins on September 12, 2001. Go back one more day, and the number of Americans killed by Islamic jihadists is far, far more than the number of Americans killed by any other type of “extremist.”

4. The comparison doesn’t take into account the fact that there is a global network of Islamic jihadis. They’re found on every inhabited continent. Major jihad organizations such as al-Qaeda and the Islamic State have repeatedly called upon Muslims to murder Americans. By contrast, there is no global network of “right-wing extremists” and they have not called for the indiscriminate murder of American civilians.

This propaganda is everywhere, but all the repetition of these lies doesn’t make them true.

In April of 2010, ex-FBI agent John Guandolo, who left the agency due to ethical breaches that included sleeping with confidential sources, held a training session for the Columbus, Ohio police department titled “Understanding the True Nature of the Threat to America.” During the course of the seminar, Guandolo made several outlandish claims about “secret” Muslim societies trying to take over the American government and the inherent dangerousness of Islam. Towards the end, he made an utterly unsubstantiated claim: a 59-year-old college professor – an American citizen and a Muslim who helped run Muslim outreach programs for the state – was, in fact, a secret would-be terrorist who should be watched. Present in the room were dozens of law enforcement officers, including the Chief Deputy who knew the professor well. The claim was eventually disproven, but not before the professor was fired from his job and slandered as a threat to the community.

This report can’t be trusted as a reliable summation of what Guandolo actually charged about Omar al-Omari. In any case, there was much more to the story than Rolling Stone lets on. Find out why it was perfectly reasonable to be concerned about al-Omari here.

A new document published by Foreign Policy on Monday indicates that the Trump administration and the Department of Homeland Security are planning to turn a similar brand of baseless fear mongering into actual governmental policy. The draft report, which was reportedly requested by U.S. Customs and Border Protection Commissioner Kevin McAleenan, describes the nascent stages of a system that would profile Sunni Muslims living in America, including permanent residents and possibly citizens. Titled “Demographic Profile of Perpetrators of Terrorist Attacks in the United States Since September 2001 Attacks Reveals Screening and Vetting Implications,” it calls for the long-term surveillance of Muslims who fit certain “at risk” criteria: being male, Muslim, and from “the Middle East, South Asia or Africa.”

The report purportedly examines 25 select terrorism-related prosecutions in the U.S. that involved Sunni Muslims, making the argument that the government should “continuously evaluate” Sunni Muslims due to their “higher risk of becoming radicalized.” This would likely include stricter standards for travel, visas and other benefits within the U.S. (Naturalized citizens can have their citizenships revoked under certain circumstances.) While the body of the report doesn’t include details of the cases being scrutinized, it does assert that more than half of these select perpetrators were not born in the U.S. – suggesting the proposed measures would largely target visa holders and other immigrants.

In a comment to Foreign Policy, CBP representatives emphasized that the report was a “first draft” that “did not reflect a large number of substantive comments and revisions that have since been made to subsequent versions of the document as a result of CBP’s internal and external review process.” But the draft memo marks another instance of the Trump administration inaccurately painting foreign-born Muslims as the primary perpetrators of terror. Trump’s “Muslim ban,” now in its third iteration, is beingimplemented even as it remains under Supreme Court review. Trump’s “extreme vetting” program has called for increased electronic surveillance, including the monitoring of social media accounts. After a young man from Uzbekistan drove into a bike path in Manhattan, killing eight people, Trump seemed to doubled-down on the power of racial profiling, tweeting: “I have just ordered Homeland Security to step up our already Extreme Vetting Program. Being politically correct is fine, but not for this!”

The DHS memo is also not the first instance of immigration authorities supporting the president’s nativist agenda. Last month, the Department of Justice and DHS released a report – authorized by the executive order that limited Muslim immigration – saying that “3 out of every 4” people convicted of international terrorism charges in federal U.S. courts are foreign-born. DHS Secretary Kirstjen Nielsen said in the press release, “[W]e must examine our visa laws and continue to intensify screening and vetting of individuals traveling to the United States to prevent terrorists, criminals, and other dangerous individuals from reaching our country.”

But according to terrorism experts, the January 2018 report is misleading both in terms of data selection and interpretation. First, the administration is citing figures that do not match the total number of terrorism-related cases, and seeming to skew the results to include more foreign-born defendants. The DOJ periodically releases the number of international terrorism defendants, and the latest tally from 2015 included 627 defendants. (The Intercept has produced a complete list of terrorism defendants that cites around 800 cases as of January 2018.) But the January report lists only 549 defendants, making it seem that the 402 non-U.S. citizens on the list make up an overwhelming majority of cases.

In fact, long-standing data has shown that country of birth is not an important factor in determining whether or not someone will commit an act of terrorism. Faiza Patel, the Co-Director of the Liberty and National Security Center at NYU’s Brennan Center,found that twice as many “homegrown” terrorists were prosecuted in federal court as “foreign” ones – a fact that’s particularly striking given certain selection issues, like biases in prosecution resources that target Muslim defendants.

“Twice as many ‘homegrown’ terrorists were prosecuted in federal court as ‘foreign’ ones”: all this amounts to is an argument that mosques in the U.S. should be monitored.

And then there’s the fact that deaths from terror attacks in the U.S. are statistically much lower than other forms of homicide. On that last point, the list of international terrorism defendants fails to distinguish cases based on threat. According to the Intercept, the vast majority involve providing “material support,” which can include sending money or Twitter messages.

Perhaps most telling – and unsurprising – the DHS memo last week ignores the growing threat of U.S.-born non-Muslim terrorists. In April 2017, the Government Accountability Office reported that almost 75 percent of all terrorism fatalities were due to right-wing extremists. The Anti Defamation League has similarly “identified more than 150 domestic terror incidents related to right-wing extremists over the past 25 years, with hundreds of perpetrators—almost every one of which was born in the United States.” At least 255 people have been killed and more than 600 injured in those incidents. “Our current report on extremist murders demonstrates that 71 percent of extremist-related murders in the past decade have come at the hands of right-wing extremists,” says Jonathan A. Greenblatt, the CEO of the Anti-Defamation League. “Stopping hate and violence begins with recognizing and understanding where it comes from.”…