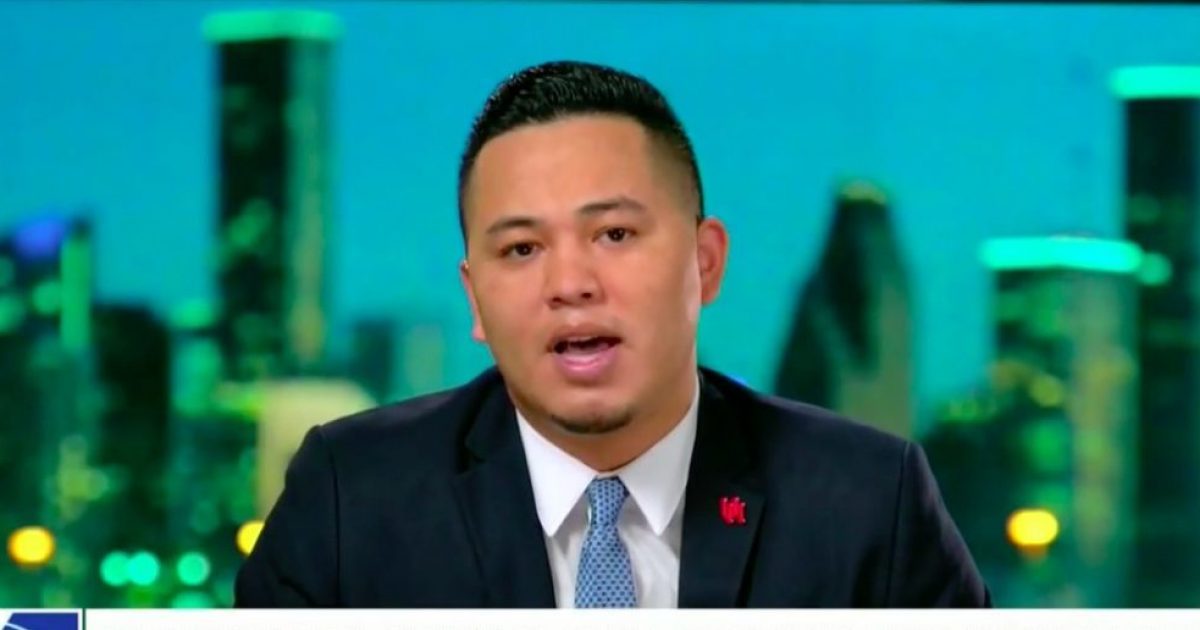 Does an individual, who has been identified as a “DREAMER,” that holds two degrees and works for a Fortune 500 company qualify to be exempt from immigration law, receive amnesty and a pathway to citizenship after having many years to correct his immigration status?

According to Hilario Yanez, the individual in question, yes;  and, some US citizens agree because Mr. Yanez is a productive individual.  But, is productivity a valid reason to ignore the law?

“At the end of the day, here’s a guy who wants to provide a pathway to citizenship for myself and, you know, really make a difference in my life,” Yanez said of President Trump. “I’m for that. Also, I believe we need to have border security so this doesn’t happen again.”

“And if a wall is necessary to provide another layer for border security to do their job in a safe and responsible manner, then, you know, I think it’s necessary to fund it,” he continued. “The diversity lottery — I think it’s outdated, I think it’s time for people who want to come to the United States to focus on skills so they can contribute to the American economy.”

Here’s a guy who was brought here illegally at one year of age, grew up in the united States, reached adulthood without ever correcting his immigration status and now, supports border security, dismantling the diversity lottery and focus on immigrant skills.

Mr. Yanez is a violator of immigration law, responsible for his actions once becoming an adult, who expects an exception for himself while advocating for upholding the law in the future.

He wants US citizens to ignore his violations, along with others who may not be productive, while strengthening border security to avoid further illegal alien invasions.

Yanez said he is “frustrated” with Democrats because they have shown an unwillingness to work with Trump on his immigration plan and have used people like him as “pawns” to score political points.

“The Democratic leadership, Nancy Pelosi and Chuck Schumer, really have no clear message,” he argued. “We have been confused, I think at the end of the day they have been using us as pawns.”

Ultimately, Yanez said he is proud to be in the United States and would “do anything to serve this country, to die for this country.”

“All I need is a chance,” he concluded.

Mr. Yanez forgot that President Trump’s campaign immigration plan was no amnesty, deportation of those here illegally, and increase border security to include building a wall.

The president is now compromising on his campaign promises to adopt a position objectionable to his voting base and constitutionalists.

Moreover, Mr. Yanez expresses frustration at the behavior of Democrats when anyone watching the political dog and pony shows for the last 10 to 20 years knows the modus operandi of the Democrats.

Of course, the Democrats use anything and anyone as “pawns” for their political aspirations and agendas – they care not about this republic or anyone in it.

The citizens of this republic, through their voting, prompted the Electoral College to award Donald Trump the Office of the Presidency because of his campaign platform on issues such as immigration, border security, health care and the economy.

Citizens rejected the MO of the Democrats and their crook, Hillary Clinton.

The people declared their support for upholding our republic’s laws after the eight-year lawless, criminal reign of Hussein Soetoro and his band of merry crooks.

Yet, Mr. Yanez ignores his own lawlessness against the American people.  His attitude toward the republic is admirable;  but, it does not negate the fact Mr. Yanez is an illegal alien invader of his own volition once he reached adulthood.

Another interesting reference in Mr. Yanez’s interview is bringing up his faith.  Does Mr. Yanez not recognize that violations of just and constitutional laws are a sin?  Evidently, not.

Either this republic follows and enforces its laws or it does not.

As of late, laws appear made to apply exceptions, whether for the political elite, Hillary Clinton or individuals like Mr. Yanez.

For supposedly conservative news organizations like Fox News, who is still part of the lamestream enemedia, to portray Mr. Yanez as the “norm” of DREAMERs instead of the exception, then to imply support for his violation of the law, is nothing less than disgraceful and a slap to the face of constitutionalists and supporters of President Trump’s campaign platform.

Back to the question, “Is productivity a valid reason to ignore the law?”

For some citizens of this republic, the answer is yes;  for others, it is no.

If one is to ignore the law based on productivity, what about those, particularly citizens, who were previously productive, but who are no longer productive due to unemployment or other tragedies?

Should they not get amnesty on the law, if they violate it, to provide for their families?

Making exceptions to the law leads to inequity under the law.

And, that seems to be the type of America Mr. Yanez would like to see for himself;  but, for others, Mr. Yanez advocates enforcement of the law.

Mr. Yanez should start with himself and all the other DREAMERs and illegal alien invaders when applying the law.