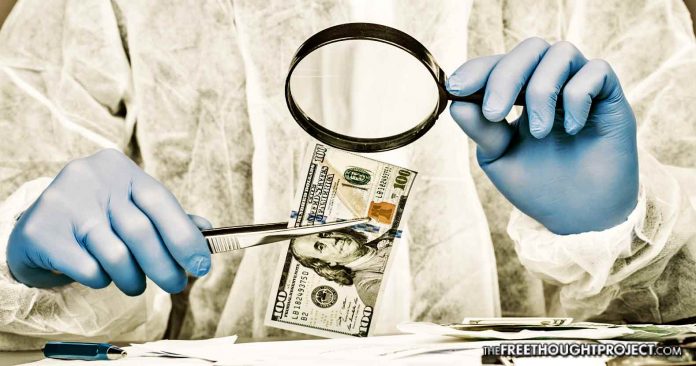 Nashville – The Tennessee Court of Criminal Appeals has ruled that individuals cannot be convicted of “Driving Under the Influence” if their test results come from forensics labs that receive financial incentives for positive results to lead to their convictions.

It may seem like an obvious conclusion, but the Tennessee Bureau of Investigation has been generating around $3 million in revenue each year from the $250 fine motorists are forced to pay for the test, if they are convicted.

The decision stemmed from the case of Rosemary Decosimo vs. the State of Tennessee. She was joined by more than 20 defendants who had also been charged with DUIs in the same county. They argued that the Tennessee Bureau of Investigation had a clear incentive to produce positive DUI test results and that the $250 it was receiving for “each DUI conviction that is obtained using a blood or breath test, is unconstitutional.”

In a ruling on the case, Judge Camille R. McMullen sided with Decosimo, noting it has been well established that “fines and fees should not be used to generate revenue for a court or government agency,” and it was unclear how Tennessee’s Bureau of Investigation was using the entirety of the funds it received from DUI convictions.

Both the version of the statute that was in effect at the time of Decosimo’s arrest and the current version of Code section 55-10-413(f) state that the money from the $250 BADT fee shall be deposited in the TBI toxicology unit intoxicant testing fund “for exclusive use by the TBI” and shall be used to “fund a forensic scientist position in each of the three bureau crime laboratories, to employ forensic scientists to fill these positions, and to purchase equipment and supplies, pay for the education, training and scientific development of employees, or for any other purpose so as to allow the bureau to operate in a more efficient and expeditious manner.”

When there is a surplus in the intoxicant testing fund, it is supposed to be used to “employ personnel, purchase equipment and supplies, pay for the education, training and scientific development of employees, or for any other purpose so as to allow the bureau to operate in a more efficient and expeditious manner.”

However, Judge McMullen noted that “historically, fee system courts have been condemned because judges should not have a direct or indirect pecuniary interest in the litigation before them.”

Decosimo was arrested in May 2013 and indicted for failure to yield, driving without a license, failure to maintain her lane, and driving under the influence. She filed a motion to suppress the evidence from her blood test and to dismiss the indictment on the basis that the legal code allowing financial compensation for DUI convictions was unconstitutional.

As part of her case, Decosimo’s evidence included a 2014 testimony before the Senate Judiciary Committee from TBI Director Mark Gwyn. He revealed that from 2009 to 2012, the department’s surplus revenue was more than $1.6 million.

WTVC News reported that the fee was originally instituted in 2005 at $100 per conviction, but it was then raised to $250 in 2010. The fees now bring in revenue of more than $3 million each year.

Gwyn noted that the significant amount of surplus money the department received throughout the years, could be explained by a financial crisis it experienced in 2008 that led TBI to increase the fee for toxicology and blood-alcohol tests for those who were convicted.

Director Gwyn said there was no way to project how many of these BADT fees would be collected or what types of expenses the TBI would have in a given year. However, he said that by increasing this fee, the TBI was able to avoid “lay[ing] off forensic scientists” and was able to avoid “pass[ing] that [fee] back onto local law enforcement who could not pay it at the end of the day.”

When Senator Todd Gardenhire asked if there might be an incentive for the TBI to do extra testing to get additional money to pay for its expenses, Director Gwyn responded, “Absolutely not. There’s no way to do any extra testing.” Senator Gardenhire then noted that some of the senators on the committee had suggested that to avoid the appearance of impropriety, the money from these fees should flow into the general fund, and the TBI could request appropriations to cover its expenses, which would remove the appearance that the fee was a “revenue-generator.”

Gwyn also revealed that rampant corruption was exposed in the department in 2013 when TBI Special Agent Kyle Bayer was fired for botching lab results, and falsely accusing a motorist with a legal .01 blood alcohol level of being three times over the limit.

“Unfortunately, we had one incident in the Chattanooga area where a young forensic scientist made a mistake,” Gwyn said. “He paid for that mistake. He was dismissed. We’ve outsourced all of the cases that [Kyle Bayer] had worked. We have 2,000 of them back, and there have been no other mistakes.”

Judge McMullen argued that the test fees associated with the convictions violate the due process rights of the individuals and create incentives for TBI employees because, at the very least, the added revenue gives them job security.

“There is no question that the TBI, an agency of the state, has a direct pecuniary interest in securing convictions,” McMullen wrote. “The TBI forensic scientists also have a financial interest in securing convictions because the collection of the BADT fees affects their continued employment and salary, which gives them an incentive to find that defendants’ blood alcohol content is 0.08 percent or higher.”