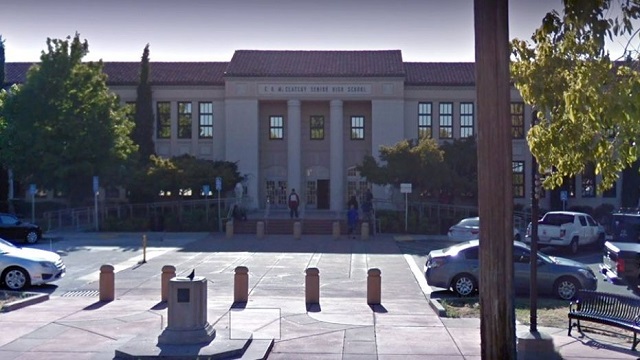 The first rule of Science club is: Scientific inquiry is no longer permitted if it leads to hurt feelings.

A science fair project at a California high school faced criticism earlier this week after it compared race and IQ levels in connection to participation in an elite program at the school, The Sacramento Bee reported Saturday.

The project, titled “Race and IQ,” was put together by a C.K. McClatchy High School student who is part of the school’s elite Humanities and International Studies Program. It was displayed in the fair on Monday, the outlet said.

According to the SacBee, the boy is of “Asian descent.”

In comparing intelligence levels, the project reportedly questioned whether particular races were smart enough for the school’s magnet program and whether a racial disparity was justified.

Interesting theory, but can he prove it’s true?

HISP, according to The Bee, is a separate program at the school that is meant to encourage cultural awareness and helps to provide students with different perspectives on historic moments.

Of about 500 students, there are a dozen African-Americans, 80 Latino students and about 100 Asian-American students, according to data from the school district that was obtained by the outlet. The program has reportedly been criticized for its lack of racial and ethnic diversity. […]To test the proposed theory, the student had a variety of unidentified teenagers with different racial backgrounds take an internet IQ test, the outlet said.

The project’s final conclusion reportedly found that “the lower average IQs of blacks, Southeast Asians, and nonwhite Hispanics means that they are not as likely as non-Hispanic whites and Northeast Asians to be accepted into a more academically rigorous program such as HISP,” the report said. “Therefore the racial disproportionality of HISP is justified.”

Wow, turns out his theory was solid! No doubt he’ll be showered with praise!

After complaints from students, parents and faculty, the project was removed from the science fair on Wednesday, the outlet said, and the district is currently investigating the incident, Alex Barrios, said the spokesman for Sacramento Unified district.

“We are looking into the appropriate response to a situation like this,” Barrios told The Bee. “We understand it concerns a lot of people and doesn’t reflect our culture here.”

In a Thursday email to parents, the school’s principal Peter Lambert said they were taking the “incident very seriously” and noted that the school strived to “promote and embrace an inclusive environment and way of thinking which excludes any form of discrimination.”

Chrysanthe Vidal, a senior high school student in the program, told The Bee, “I think that a lot of people, especially of color, are really hurt and upset by this.”