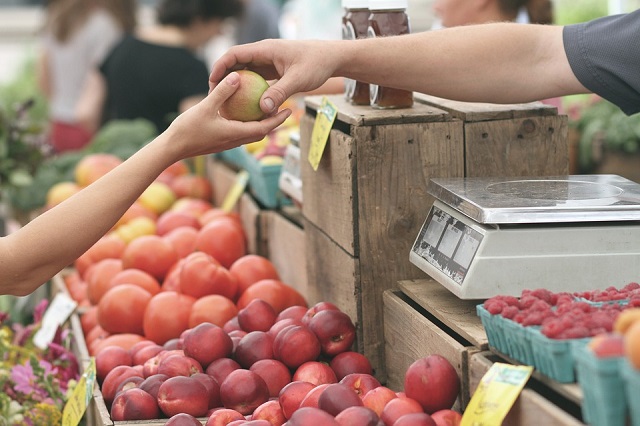 In what would be one of the biggest shakeups of the U.S. food-stamp program in its five-decade history, President Donald Trump is proposing to slash cash payments and substitute them with “100 percent American grown food” given to recipients.

The changes, outlined Monday in Trump’s budget proposal, would reshape the Supplemental Nutrition Assistance Program, or SNAP, which supports roughly one in eight Americans, by reducing cash spending by about one-third from current levels. The plan is part of an effort to reform SNAP and save a projected $214 billionover a decade. It would give all households receiving more than $90 a month in cash a food-aid package that would “include items such as shelf-stable milk, ready to eat cereals, pasta, peanut butter, beans and canned fruit, vegetables, and meat, poultry or fish,” according to the proposal.

The so-called USDA America’s Harvest Box “is a bold, innovative approach to providing nutritious food to people who need assistance feeding themselves and their families — and all of it is home grown by American farmers and producers,” Agriculture Secretary Sonny Perdue said in a statement. The program would provide food-stamp recipients with “the same level of food value” as the current system, Perdue added.

The food stamp program served 42.2 million people and 20.9 million households on average during the 2017 fiscal year. The average household benefit was $254.14, thus 81 percent of homes receiving aid would be included in the initiative, according to the USDA. SNAP assistance cost $68.1 billion in 2017, with $63.7 billion given out as benefits.

This would help greatly to cut down on fraud. As it is now, criminals frequently buy other people’s EBT food stamp cards and use them to stock their stores.

WKBW explained how the scam was run back in 2016:

According to the Erie County District Attorney’s Office, between October 9, 2014 and March 21, 2016 [Buffalo deli owner Ahmed Alshami] is accused of buying EBT (food stamp) cards from people willing to trade them for cash. He usually paid people half of what the cards are worth.

It is alleged that Alshami would use the food stamps to buy items to be sold in his store. In some instances, it is alleged the defendant would tell the original card holder to go to Tops, Wegmans, Walmart, or another “big box” store and buy the items for him.

This is a huge problem.

Giving people a choice of actual food options would allow people to have access to a relatively healthy range of foods in so-called “food deserts,” help American food manufacturers and farmers, and cut down on fraud.

This is a win-win-win for taxpayers, welfare recipients and American businesses.

The only losers are scam-artists.