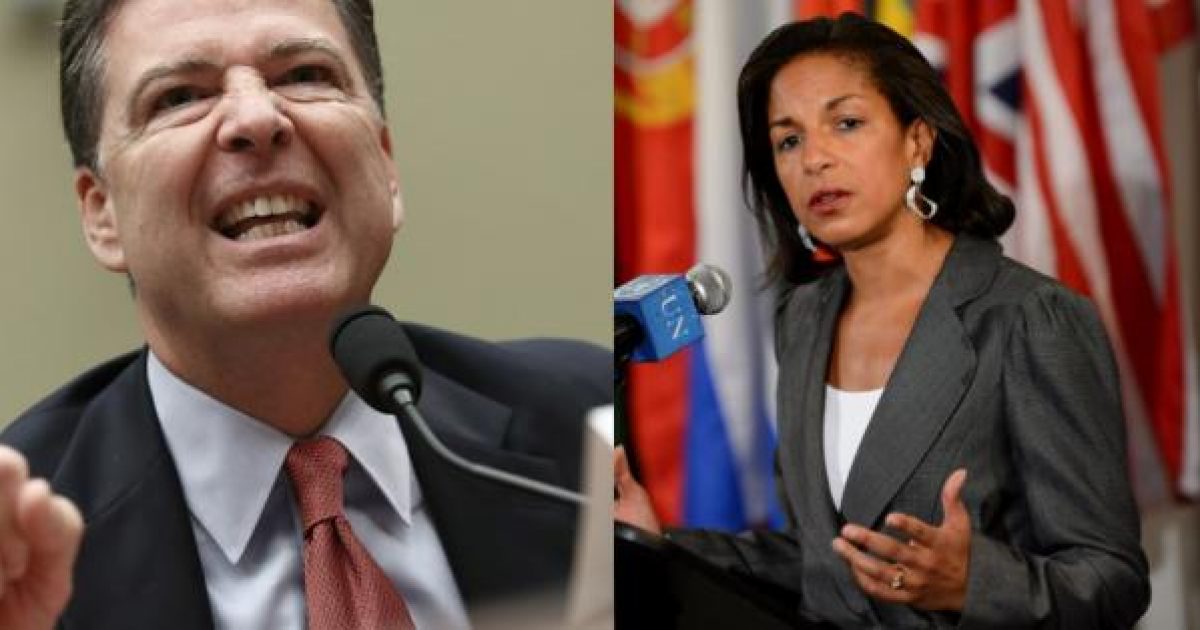 Can’t you just see that smug Richard Nixon look on former FBI Director James Comey’s face and the “I’m not a crook” phrase pursing from his lips?  I certainly can.

Now, we’re being given insight into just how corrupt James Comey actually was/is.

In an email that was released that was extremely disturbing by former Obama ambassador to the United Nations and known liar Susan Rice, may indicate that Comey had deliberately misled Congress concerning a meeting that he had with the usurper-in-chief Barry Soetoro, aka Barack Hussein Obama Soetoro Sobarkah.

The email dated January 20, 2017 in reference to events of January 5, which is seen below, was sent to Susan Rice, apparently from herself and stated openly that “following a briefing by IC leadership on Russian hacking during the 2016 Presidential election, President Obama had a brief follow-up conversation with FBI Director Jim Comey and Deputy Attorney General Sally Yates in the Oval Office,” where both Rice and Vice President Joe Biden were in attendance.

Rice comments, “President Obama began the conversation by stressing his continued commitment to ensuring that every aspect of this issue is handled by the Intelligence and law enforcement communities ‘by the book.” The President stressed that he is not asking about, initiating or instructing anything from a law enforcement perspective.  He reiterated that our law enforcement team need to proceed as it normally would by the book.”

Really?  As if the Obama administration actually did anything by the book!

Rice then added that “from a national security perspective, however, President Obama said he wants to be sure that, as we engage with the incoming team, we are mindful to ascertain if there is any reason that we cannot share information fully as it relates to Russia.”

Wait, what?  did Rice just tell on the Obama administration?  Yep, I think she did!

You cant’ share fully all information pertaining to Russia with the incoming administration?  Are you serious?

Why?  Why would any administration that is American (and we are talking about a completely un-American administration under Obama) not want to share all pertinent information with an incoming administration concerning what we have been told is our mortal enemy?  There really is only one reason, people.

Look, while many think that Hillary Clinton should take the fall, and rightly so, forget the fact that Obama usurped the office of President for a moment and think about the implications of this.  He was knowingly trying to undermine an incoming administration concerning national security.  While some may believe Obama to be “untouchable” due to the fact that he usurped the Oval Office, the fact is that he is out of office and should be summarily indicted for his many crimes against he people of the united States.