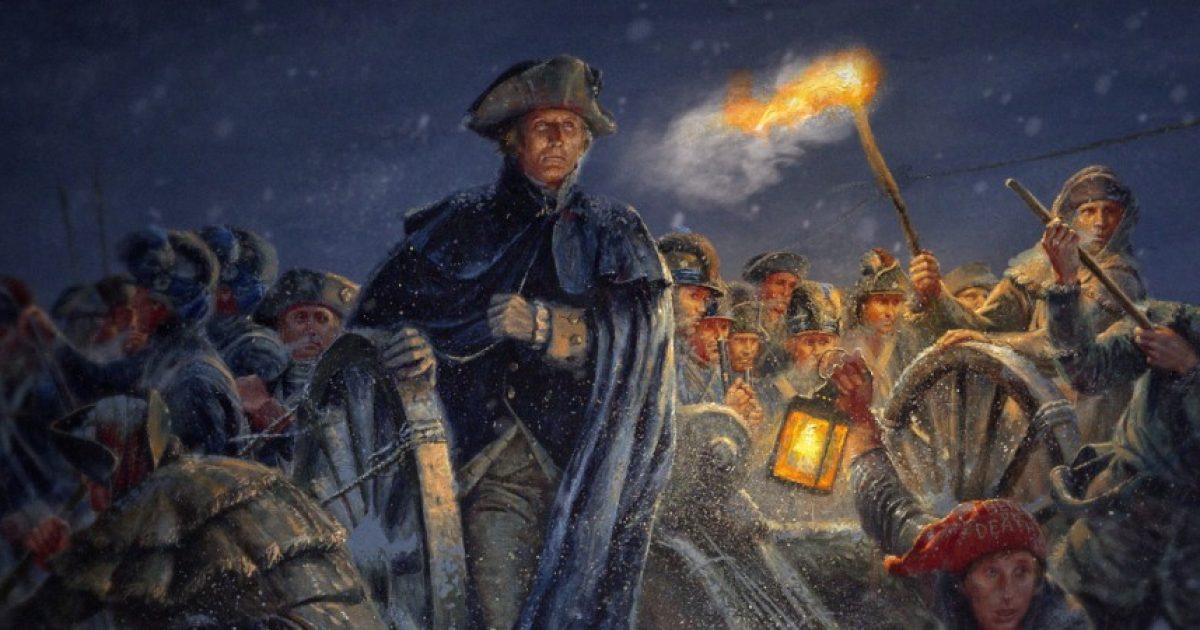 The times call us to choose sides. You may remember as a kid playing a pickup game of baseball, everyone would have to choose which side they were on before the game could begin.

But there are much more significant lines drawn and sides chosen in life. At the time of our founding, many were unaware that the desire to declare independence and separate from Great Britain was nowhere near a universal desire.

In fact, before the War for Independence began, \no more than 3% of the colonists wanted independence. After the war began, that number increased to 33%, and during the war, it continued to increase.

So, at the beginning, only 1/3 wanted independence, 1/3 were against independence (the Tories), and 1/3 had not yet decided.

Pennington, New Jersey was one of those decidedly Tory regions. In fact, most New Jersians were Tories. But certain events turned the tide around Christmas of 1776.

The first church I pastored was just up the Delaware River from where Washington famously crossed the ice-chocked waters and successfully attacked the Hessians at Trenton on Christmas night. Before that battle, while the Continental Army was on the Pennsylvania side of the Delaware, George Washington began receiving reports of atrocities committed by the Red Coats in central New Jersey. He wrote the Governor of New Jersey on March 3, 1777 about those atrocities:

“Robert Combes, a tavern keeper in Pennington, can inform you, of a Rape committed on the Wife and Daughter of one John Christopher, by the Enemy while they lay there; One Philip Parmer’s daughter of that Neighborhood, was also ravished by 6 Soldiers; Thomas Keynes’s daughter was treated in the same Manner.”

These atrocities turned the tide in New Jersey.

Many undecided and Tories became Patriots.

They saw the evil that the Red Coats represented and they could not stand on middle ground, they chose the side of the Patriots.

They joined militias or the Continental Army and were part of that ultimate victory that won America’s Independence.

By the way, these atrocities were the reason that our Bill of Rights contains the Third Amendment – amended in 1791-which reads in part “No soldier shall, in time of peace be quartered in any house…”

In times of war, one cannot remain neutral for long, one must join one side or the other.

In fact, if you are in the war zone neither side will allow you to remain neutral, they will force you to choose one or the other.

Today, the war for true liberty is raging in our land.

Many American’s falsely believe they can stand on neutral ground.

That is not possible.

If one is not engaged in the fight for liberty, then one has joined the side of tyranny.

Schedule an event or learn more about your Constitution with Pastor David Whitney and the Institute on the Constitution and receive your free gift.

Rev. David Whitney has been teaching the Christian heritage and history of our country with Institute on the Constitution for over a decade where he serves as Senior Instructor, and Radio show host on Dr. Stan Monteith’s Radio Liberty. David is an Honors Scholar graduate from Rutgers University with a Masters Degree from Denver Seminary. A minister for 32 years he is currently the Pastor of Cornerstone Evangelical Free Church of Pasadena, Maryland. As an member of Clergy, Activist and Radio personality David has appeared in Washington Times, on Voice of America, Fox, ABC, NBC, CSPAN, BBC, and more…