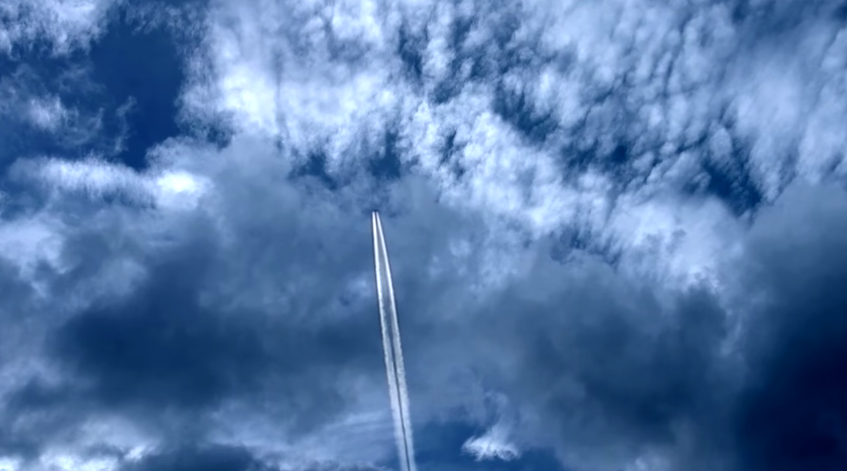 (Natural News) It’s getting harder to convince people that chemtrails are merely a conspiracy theory when even meteorologists are discussing geoengineering on TV while giving their forecasts.

Geoengineering entails spraying materials like aluminum, barium, strontium and plastics into the atmosphere on the pretense of protecting the planet from global warming. A few years ago, if you questioned the white lines streaking across the sky and theorized they were chemicals, you would be mocked; now, you are expected to believe that injecting aerosols into the atmosphere can save the planet.

Even meteorologists are openly admitting that this takes place, with one saying in a West Coast weather report on a station only identified as News 10 that can be viewed on YouTube:

Then you see these bands of very distinct cloud cover moving into the region. That is not rain, that is not snow. Believe it or not, military aircraft flying through the region was dropping chaff – small bits of aluminum. Sometimes it’s made of plastic or even metallicized paper products, but it’s used as an anti-radar issue and obviously they’re practicing.

He added: “Now they won’t confirm that, but I was in the Marine Corps for many years and I’ll tell you right now, that’s what it is.”

In another video from Florida, a meteorologist points to a large area of blue on the map and says: “That’s what we call military chaff, and the military releases some things in the atmosphere… I know.”

Yet another video shows a Southern California meteorologist saying that chaff has been sprayed over the area and is interfering with their satellite data.

What is floating around in the air we breathe?

What is most striking is how the meteorologists talk about it so casually, as if it were the most natural thing in the world. High exposure to aluminum can cause problems in the digestive system, bones, kidneys and muscles, and it has been linked to Alzheimer’s disease and other brain-related problems – hardly the sort of thing you want floating around in the air that you breathe on a daily basis.

Solar geoengineering could create more problems than it solves

Little by little, we are being encouraged to believe that this is something that is actually good for us, and perhaps these nonchalant mentions of it are meant to allay people’s fears about geoengineering.

However, spraying sulfur dioxide into our atmosphere it is not the panacea for the planet’s problems that some claim it to be, as you might expect. A panel of the National Academy of Sciences reported last week that solar geoengineering simply cannot be considered a substitute for reducing greenhouse gas emissions because it doesn’t address the root causes of climate disruption and won’t counteract acidification of the oceans.

Moreover, once it starts, it will have to continue for centuries or it could have serious repercussions for life on our planet and possibly even collapse the Amazon rainforest and drive some species toward extinction. Moreover, an international body would have to oversee it to make sure it is adhered to because abruptly stopping it would be devastating to life as we know it.