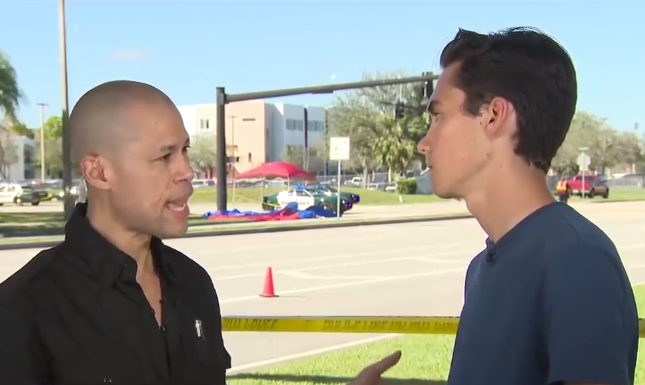 PARKLAND, Fla. (INTELLIHUB) — Stoneman Douglas H.S. Senior Brian Hogg told CBS News on Friday that he and his classmates were not only told prior to the code red that there was going to be an active shooter drill but they actually thought much of what happened was actually a drill.

“We really thought this was a drill throughout much of it surprisingly because teachers and students had been talking about having a possible code red drill, which is an active shooter drill, for quite some time,” the senior explained. “That’s what we thought this was.”

Hogg admits, he thought it was a drill until he and others started to see the headlines.

“Once we started seeing the headlines we realized that this was anything but a drill,” he explained. “This was life or death.”

Additionally, Hogg said that despite the fact his father is an FBI agent he is a pacifist who would like to see the issue of gun control brought to the political forefront.

Hogg is a student journalist.

Other students also said they thought the code red was a drill.

Related: Student who survived Parkland school shooting: ‘We were told the police would do a fake code red, with fake guns’