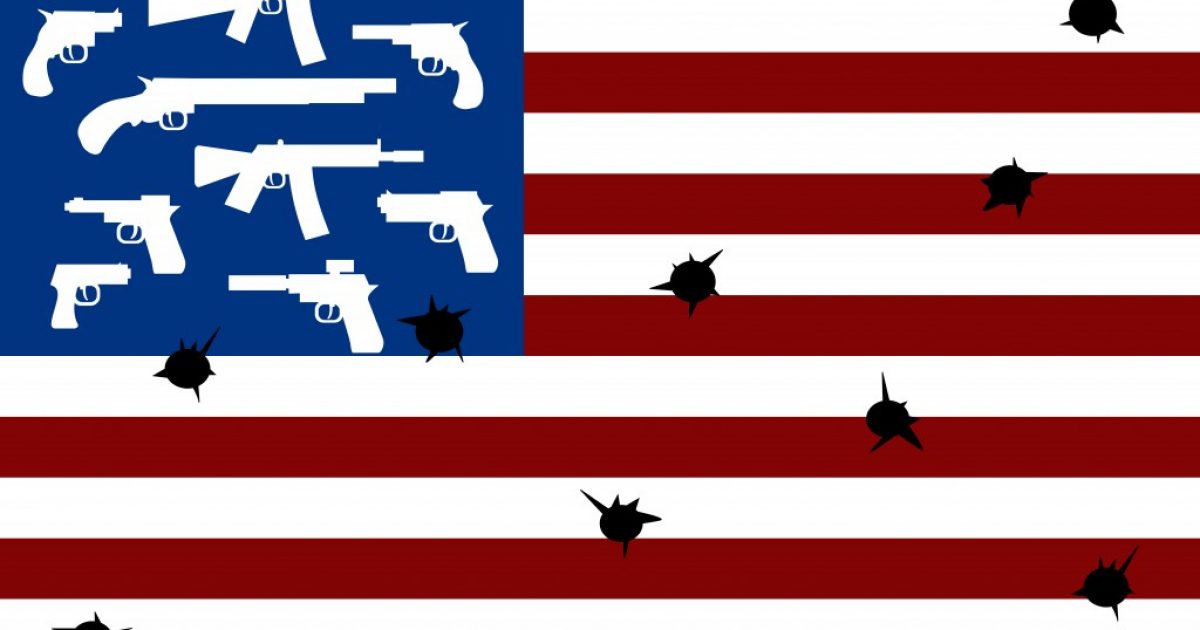 The latest mass school shooting at Marjory Stoneman Douglas High School in Parkland, Florida, where 17 people were killed and over 12 were injured is yet another addition to the increasing incidences of violence and murder in the United States.

This latest shooting by a former student, Nikolas Cruz was not unique in any way since the shooter followed almost every detail of previous shooting incidents since the Aurora, Colorado Theater Massacre in 2012, from weapons used to the way it was carried out.

Cruz effectuated this terrorist attack while dressed in attire covering his face, reminiscent of what every ANTIFA member wears when they act out their violence.

Of course, we have the Socialists in Washington immediately calling for gun control, mostly in an attempt to look as if they want to stop this kind of violence, when, in fact, every single one of them knows that gun control will do absolutely nothing in curbing this type of behavior.

The reason we have these mass shootings in America isn’t that we have too many people with guns, but primarily due to the mindset of many young people in our country who have become literally detached from reality.

This mental condition is due to several factors from Progressive politics to an ever-increasing population of people who spend most of their time either on the internet, gaming, or both.

Leftist politics plays a large part in influencing the minds of such people.

The frame of mind which causes a person to commit such acts of violence has been concreted into the psyche of many in the US, especially during the Obama presidency. Under Obama rule, we saw a drastic increase in mass murder over any previous Administration.

Under Obama rule, mental confusion was deliberately sent out to the people of the US in many forms. Barack Obama and Progressives in Washington have managed to confuse many as to what restroom to use, what gender they may be, and even criminalizing certain races such as Caucasians by tagging them as offspring to slave owners and being one of the major blocks to his NWO agenda.

Progressives in Washington, many Republicans as well as Democrats, shared Obama’s vision to flood the US with over a million Muslim refugees whose ideology is 180 degrees from every Americans’ way of life. With Obama’s planned Muslim invasion, we witnessed pedophilia being the norm since most of them push for sex and forced marriage between adult men and children, some as young as 8 years old, Sharia Law in America, the abuse, and killing of dogs and domestic animals many of us cherish here in the US, American citizens being considered as infidels, the physical and mental abuse of women which is a normal occurrence in the daily lives of Muslims, and many more unacceptable traditions to most Americans.

Aside from the Muslim invasion, we have the invasion of millions of illegals, mainly from points south of the Mexican border who Obama not only encouraged to come here, but actually helped bus and fly hundreds of thousands into the US via the DHS. Currently, we have so many illegal aliens that were brought here during that time, we still have over a hundred thousand of them still living on various military bases scattered throughout the country because there is simply no room for them in our society.

More confusion and moral decay were introduced to America by Obama in the attempt to redefine marriage as anything between a man and a woman. Now, apparently, many are even confused as to what gender they may be, or even going as far as introducing confusion by marking birth certificates and driver’s license as gender neutral in some states.

Over the past decade, we have millions of mostly younger people spending all day playing negative electronic games that glorify murder and various criminal activity, not to mention the anti-American propaganda all are subjected to via the media and Hollywood on a daily basis.

Barack Obama has literally destroyed the moral fiber of this country by demeaning traditional Christian values and Christianity as a whole in every aspect. In many of his speeches, we were subjected to the bashing of Christianity and the deliberate humiliation of Christian Americans.

What Obama and so-called Progressives still in power in Washington have really done is remove any moral barrier that would prevent anyone from carrying out acts of violence. Today, we witness groups like BLM and ANTIFA commit acts of violence on a daily basis.  Yet, according to the Left, it is necessary violence. What they neglect to mention is it is only necessary for trying to subvert those who believe in the US as a sovereign independent country.

Since Christian values have been demonized by these criminals, many no longer have any moral guidelines differentiating wrong from right. No longer is there a defined line that would hold one back from committing acts of violence.

There is also the discipline factor that is sorely lacking in today’s younger people. Unlike previous generations who were taught discipline, today’s young people have absolutely none at all. In the time before Obama’s destruction of America, young people learned discipline with a stint in military service, at school, in Church, and more importantly, via parents. However, all of these factors are absent in today’s society, leaving many teens and young adults with no moral direction, and above all, an overall feeling of confusion and self-loathing.

Thus, it isn’t guns or weapons that are the cause of increasing violence in the USA today, but the lack of direction, discipline, and moral values that is responsible, and we have only the Progressive Left to blame for the decay.

Tony Elliott is an established writer with articles in over 20 publications. He was a Political Commentary Columnist for the Cimarron News Press in Cimarron, New Mexico from 2001 to 2003. He was also a regular writer for several small coastal newspapers in Southern Oregon during the early 1990’s. BOOKS: Aura Visions: The Origin Prophecy, Enviroclowns: The Climate Change Circus, Strange Sounds: A Research Report