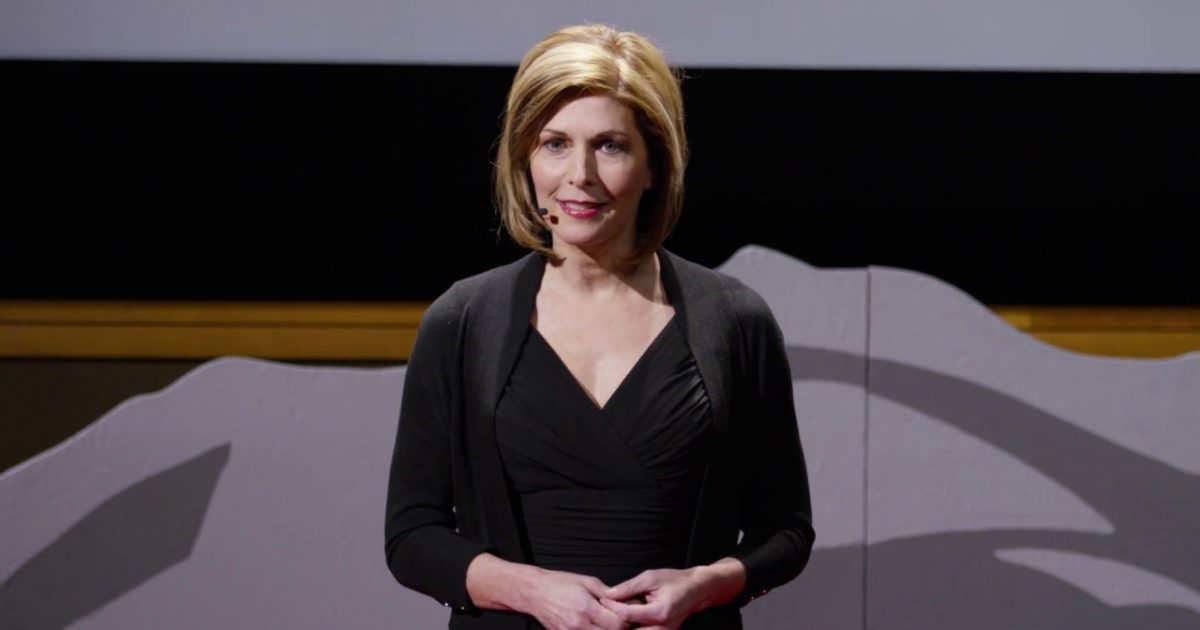 ” Sharyl Attkisson has been one of the few journalists in the mainstream media willing to try to go beyond partisanship to the facts of a story and draw conclusions based on those facts.

In the following video, Attkisson tackles the issue of fake news, and asks just how real it is and whether or not it was a propaganda effort.

As an investigative journalist, Attikisson found herself asking several questions about the rise of fake news as a fad.

Ms. Attkisson believes the last one is the most interesting of the three.

“I’ve investigated the shadowy multi-billion dollar industry that seeks to manipulate all of us through news social media and online,” she said.

One thing that always must be put forward are definitions of term and when it comes to the issue of fake news, it depends on who is talking about it.

Of course, the majority of people would believe nothing in those papers, but some would take it all in.

However, fake news was not relegated to supermarket tabloids.

It has also shown up time and again in mainstream media.

one example that Attkisson gave occurred in 1996 when the news media wrongly blamed a security guard named Richard Jewell for the Atlanta Olympic bombing.

“We later learned that poor Jule had actually been a hero moving people away from a suspicious backpack before it exploded,” she said.

As another example of fake news in the mainstream media, Attkisson pointed to a 9/11 network TV news reporter who falsely reported that a terrorist plane had crashed in the presidential retreat Camp David.

She then pointed out that the interenet “revolutionized” fake news in one of several ways.

Now, instead of that information being disseminated to just a relative few people, those are making their way into the reading of millions around the world.

As an example, she pointed to the shooting at Sandy Hook Elementary School in 2012, in which she said that people engaged in things that claimed the entire event was a hoax.

I’m not convinced that we were given the whole story on that, but there definitely were anomalies and questions that remain unanswered to this day.

In pointing to a more established magazine, Attkisson said, “Rolling Stone magazine reported on a sensational case of a fraternity gang
rape that turned out to be so unsubstantiated that Rolling Stone retracted the article and the reporter was found guilty of malice in a defamation lawsuit.”

And remember the Michael Brown shooting that left Ferguson, Missouri in a police state and burning?  Attkisson addressed that too.

“Whatever you think of the 2014 police shooting of Michael Brown, even the Obama Justice Department eventually ruled that the entire ‘hands up don’t shoot’ scenario, which blanketed the news day in and day out was probably fabricated and as a police officer acted in legitimate self-defense,” she said.

However, it wasn’t until 2016 that the American people were introduced to the phrase “fake news.”

“Liberals were first to heavily promote use of the phrase referring to conservative disinformation and right-wing websites,” she said.

As an example, Attkisson referred to not only propaganda pieces, but even written by “fake authors.”

“As Donald Trump and Hillary Clinton battles about a website called the conservative Daily Post published a huge amount of Pro-Trump anti-Clinton propaganda under the name and likeness of a former beauty queen named Laura Hunter.  The real Laura Hunter says she didn’t write any of those articles.  She claims imposters turned her into a spokesman for a radical right-wing website that pedals fake news.”

However, fake news resides on the opposite end of the political spectrum, as well.

“Trump and conservatives counterpunch with their own notion of fake news, meaning biased, sloppy, erroneous reporting as committed by the mainstream media and the left,” she said, adding that there were plenty of examples of this.

“On President Trump’s first day in office, a Time magazine reporter falsely reported the Trump had removed the bust statue of Martin Luther King, Jr. from the Oval Office,” Attkisson recounted.  “The White House quickly tweeted out a photo showing statue still very much there.”

The reporter simply failed to check his facts.

However, if fake news has always been around, why does it suddenly become the stuff of daily headlines?

Attkisson talks about what she found in her investigation.

During the 2016 campaign, I did a little digging and I traced the effort to a nonprofit called First Draft, which appears to be about the first to use the phrase ‘fake news’ in its modern context,” she said.

“On September 13, 2016, First Draft announced a partnership to tackle malicious hoaxes and fake news reports,” Attkisson continued.  “The goal was supposedly to separate wheat from chaff, to prevent unproven conspiracy talk from figuring prominently in internet searches to relegate today’s version of the alien baby story to a special internet oblivion.  Exactly one month later, President Obama chimed in.”

“He insisted in a speech that he too thought somebody needed to step in and curate information in this Wild, Wild West media environment,” she continued.  “Nobody in the public had been clamoring for any such thing.  Yet, suddenly, the topic of fake news dominates headlines on a daily basis.”

Sounds like the media was given its marching orders, doesn’t it?  Just like with Clinton Care and Obamacare.  Those weren’t on anyone’s concerns lists either.

“I know that few themes arise in our environment organically,” Attkisson said, understanding from her experience in the media that these things are promoted to manipulate the people.

She then dropped this bombshell.

A noted propagandist told me it’s like a movie.  He said, and it gave me chills at the time, nearly every scene or image that crosses our path in daily life, he said was put there for a reason, often by someone who paid a lot of money to place it there.

What if the whole anti-fake news campaign was an effort on somebody’s part to keep us from seeing or believing certain websites of stories by controversializing them or labeling them as fake news?

Attkisson wanted to know who was behind it, and she found her answer.

“I wanted to know who was funding the nonprofit First Draft and his anti-fake news effort,” she said.  “I found the answer.  It was Google.”

Here’s all she discovered, and more:

Eric Schmidt had devoted himself to Hillary Clinton’s election campaign and offered himself up as a campaign adviser.  He became a top
multimillion-dollar donor to it.  His company funded First Draft around the start of the election cycle.  Not surprisingly, Hillary was soon to jump aboard the anti-fake news train and her surrogate David Brock of Media Matters privately told donors he was the one who convinced Facebook to join the effort.

I’m not the only one who thinks the whole thing smacked of the rollout of a propaganda campaign.  Glenn Greenwald of the intercept wrote the most important fact.  You need to realize is that those who most loudly denounced fake news are typically the ones most aggressively disseminating it, but something happened that nobody expected.

The anti fake news campaign backfired each time advocates cried fake news, Donald Trump called them fake news until he’d co-oped the term so completely that even those who originally promoted it started running from it, including the Washington Post, which in January of 2017, wrote “It’s time to retire the tainted term ‘fake news.'”

In fact, it’s now commonly misreported that it was Donald Trump who thought up the phrase.  Actually, it was just a hostile takeover.  Suffice it to say that each side now defines fake news and terms that call the other guy into question.

“So, what’s the lesson in all of this?” Attkisson asked.  “I’m not here to litigate who’s right, but I can tell you there are two ways to tell that powerful interests might be trying to manipulate your opinion.”

With 24-hour news channels in a land where news is constantly occurring, one would think those news channels would be having hundreds, if not thousands of stories every single day, but no, it’s almost like the Top 40 station on your radio.  They continue to play the hits every hour.

Attkisson then presented a final thought and warning.

“Media literacy advocates are busy trying to get state laws passed to require the fair version of media literacy be taught in public schools,” she said.  “They’re developing websites as resources for journalists in the public, They’re partnering with universities.”

Attkisson believes the phrase “media literacy” is actually a new name put out by the same people that promoted “fake news” that is designed to demand who you should believe, mainly people with their agendas, and fool you into thinking that they are neutral in the process.

“What you need to remember is that when interests are working this hard to shape your opinion, their true goal might just be to add another layer between you and the truth.”