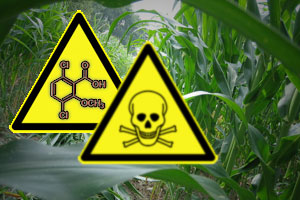 (Natural News) Amazon.com, founded by Jeff Bezos — the current owner of the Washington Post — has been caught committing nearly 4,000 counts of selling illegal pesticides. The EPA spearheaded the investigation that revealed Amazon to be profiting from the sales of toxic, deadly substances that directly threaten the health of children. No criminal charges have yet been filed against the poison-pushing e-commerce giant, but Amazon was forced to pay $1.2 million to the EPA as part of the settlement (see below).

In a Feb. 15, 2018 announcement, the EPA describes a sting operation that caught Amazon selling illegal pesticides on multiple occasions, in clear violation of the Federal Insecticide, Fungicide and Rodenticide Act. From the announcement:

In late 2014, EPA began investigating online pesticide product distributions and sales through several internet retail sites including Amazon and third-party sellers that used Amazon’s online marketing platform. In March 2015, EPA inspected an Amazon facility in Lexington, Kentucky, and inspectors in EPA’s Region 10 office successfully ordered illegal pesticides from Amazon.com. In August 2015, EPA issued a FIFRA Stop Sale, Use, or Removal Order against Amazon to prohibit the sale of the illegal pesticide products that can easily be mistaken for black-board or side-walk chalk, especially by children.

EPA issued another Stop Sale Order against Amazon in January 2016 after discovering that certain unregistered or misbranded insecticide bait products were being offered for sale on Amazon.com. After receiving the stop sale orders, Amazon immediately removed the products from the marketplace, prohibited foreign sellers from selling pesticides, and cooperated with EPA during its subsequent investigation.

Keep in mind that any other company caught selling illegal pesticides would likely see its executives arrested and its inventory confiscated at gunpoint. But Amazon.com, with its CIA data contracts and Bezos’ ownership of the propaganda fake news publisher The Washington Post, was merely asked to cover the EPA’s “administrative costs.”

“Amazon will also pay an administrative penalty of $1,215,700 as part of the consent agreement and final order entered into by Amazon and EPA’s Region 10 office in Seattle, Washington,” reads the EPA announcement.

In other words, Amazon got off with a slap on the wrist and wasn’t even required to give up the profits it earned from selling the illegal poisons all across America. (More and more, Amazon’s relationship with U.S. regulators is starting to sound like Monsanto’s relationship with the corrupt USDA…)

As part of its profiting from illicit pesticide sales, Amazon sold illegal and highly toxic products that looked like “toys or even candy,” reports the Seattle Times. “Arriving in bright, cheery and easily opened packaging, the products look like sidewalk chalk, toys or even candy. Any child could easily open and play with them… the toxicity of the illegal products and possible appeal to children make them especially dangerous.”

In an age where children and teens are now gobbling up Tide laundry pods, the importance of making sure that toxic poisons aren’t marketed in child-attracting packaging can hardly be overstated.

It’s clear from the announcement that Amazon utterly failed to police its own product suppliers, relying solely on “self compliance” instead of actively restricting illegal products from being sold in the Amazon marketplace. Now, Amazon claims it will start training its suppliers to stop selling illegal pesticides, but makes no mention of any effort to actually force them to comply. “Under the terms of the agreement, Amazon said it will develop an online training course about pesticide regulations and policies in an effort to reduce the number of illegal pesticides available through the online marketplace,” says the Seattle Times.

Does anyone think the Health Ranger Store would be granted such easy, voluntary consequences if we had been caught selling toxic, illegal chemicals that could be eaten by children? It’s clear that Amazon enjoys a unique “immunity” from prosecution that would never be granted to smaller e-commerce companies. (Interesting, isn’t it, how Google, Facebook, YouTube and Amazon all seem to be able to get away with fraud, censorship, criminality and racketeering on everything imaginable… and these are the same companies whose left-leaning employees demand EQUALITY?)

Follow more breaking news on the toxicity of pesticides at Pesticides.news.

If Amazon openly sold dangerous, illegal pesticides that looked like children’s candy, what other toxic products is it selling right now?

All this makes you wonder: What other extremely toxic, illegal products is Amazon selling right now?

With Amazon’s purchase of Whole Foods, “Jeff Bezos has created the world’s largest marketplace of untested health products contaminated with heavy metals and pesticides,” I wrote in 2017.

Now, it seems the EPA just confirmed that fact once again. Thumbs up to the EPA for running this investigation and actually achieving something useful for public health, by the way. Now if we could just get the agency to take a closer look at the Biosludge mass poisoning of America, that would be real progress.

Now it is a matter of record that Amazon.com sells toxic, illegal poisons in violation of federal law. Perhaps that’s why Amazon is steadily rising as one of the “most evil companies” in America (currently dominated by Monsanto, a manufacturer of toxic agricultural poisons).

Read more breaking news about the unethical, irresponsible activities of Amazon.com and Jeff Bezos at JeffBezosWatch.com.