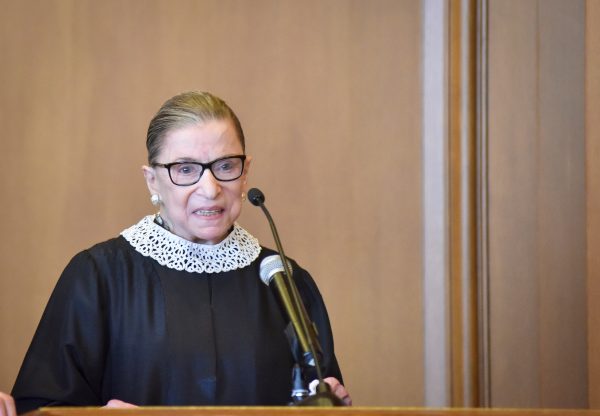 (Natural News) No decent human being should get their kicks from taking pot shots at someone who has had to battle cancer, especially when the person in question is 84 years old. Nonetheless, when that person is an associate justice of the Supreme Court of the United States, and is clearly exhibiting signs of cognitive impairment, it is the responsibility of the authentic media to highlight the issue.

Justice Ruth Bader Ginsburg, who has been in office since being appointed by Bill Clinton on August 10, 1993, is known for her stance on gender discrimination and became infamous when she targeted President Donald Trump for abuse in the run-up to the most recent presidential elections.

At the time, the president retaliated by tweeting, “Justice Ginsburg of the U.S. Supreme Court has embarrassed all by making very dumb political statements about me. Her mind is shot – resign!”

While President Trump’s response might have seemed harsh at the time, the truth of his statement became abundantly clear earlier this month when Ginsburg was interviewed by CNN’s Poppy Harlow at Columbia University.

The Daily Wire describes the interview as “embarrassing,” and notes that it drew widespread criticism because of Ginsburg’s total inability to collect her thoughts and formulate coherent responses to Harlow’s questions.

A horrified viewer named Bill Zankich tweeted, “It is PAINFUL to watch this…I nearly exited the video multiple times. Her thoughts are fragmented and there is no association between the question and her response. I cannot fathom that mental wellness is not esteemed as necessary when related to sitting SCOTUS members.” [Emphasis added]

Zankich makes a very salient point: As much as any humane person might feel compassion for an elderly person struggling in this way, if Ginsburg is not able to cope with a simple interview, how can she hold the highest judicial office in the land? And why are the mental faculties of supreme court judges not assessed, considering the gravity and responsibility of their positions?

While it might be tempting to write Ginsburg’s incoherence and inability to formulate her thoughts off as the ravages of old age, if one examines her behavior closely it becomes obvious that she is suffering from what is known as “chemo-brain.”

As Mike Adams, the Health Ranger and editor of Natural News reported in 2016, Ginsburg’s brain was damaged when she underwent chemotherapy treatment for pancreatic cancer in 2009. Chemotherapy is an incredibly toxic treatment that destroys both cancerous and healthy cells in the body – including the brain, resulting in impaired cognitive ability. (Related: Learn more at Chemotherapy.news.)

The Mayo Clinic lists some of the symptoms of chemo brain as follows: (Notice how many of them Ginsburg is exhibiting)

Interestingly, even before Ginsburg underwent chemotherapy, the Health Ranger warned that she should be removed from the bench because the chemo she was about to receive would be sure to destroy at least some of her cognitive abilities.

Adams asked an important question at the time:

Should the freedom of an entire nation rest upon the judgment of a decision maker whose brain has been poisoned with chemotherapy?

Sadly, Ginsburg was already cancer-free when she was prescribed chemotherapy as a precautionary measure. Likely her doctors never even warned her about what this toxic treatment would do to her. And now, after a lifetime of meriting people’s respect, she has been reduced to incoherent ramblings.