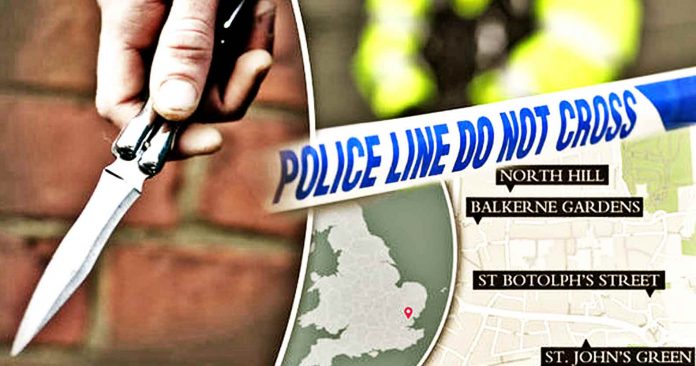 When there are reports of a mass shooting, and many politicians and mainstream media pundits respond by pushing for gun control, it is important to take a moment to look at the statistics and whether there is evidence that the proposed laws would make an impact—and in the United Kingdom, that impact is painfully apparent.

The UK has some of the strictest gun laws in the world, putting the burden on its citizens to prove to the government that they are worthy of owning a specific firearm, and their intent for its ownership.

As The BBC reported, “Getting a license is a long and complicated business. Every stage of the process is designed to reduce the likelihood of a gun falling into the wrong hands. It starts with an application form which asks specific questions about why the individual wants a gun, telling them they need to show ‘good reason.’”

The latest calls for gun control in the United States have come as a result of a mass shooting at a high school in Florida, in which suspect Nikolas Cruz has been accused of using an AR-15, which he purchased legally, to shoot and kill 17 people.

As a result, gun control supporters are arguing that if Cruz had not had access to an AR-15, then the massacre would not have happened. Now, ignoring the fact that Cruz could have committed murder by setting off a bomb at the school, driving his car into a crowd of students, or coming to school armed with the knife collection he showed off on social media—the question remains as to whether stricter gun control laws would have prevented this suspect from committing mass murder.

In the UK, where it is highly unlikely that Cruz would have been able to legally buy a gun, his knife collection would have remained legal. And if he chose to go on a stabbing spree with those weapons, he would have joined thousands of others who have brought stabbings in the UK to a staggering high in recent years.

There were 37,443 recorded knife offenses in the UK—12,980 of which took place in London—between September 2016 and September 2017, which was a 21 percent increase from the year before, according to records from the Office for National Statistics.

The increase in knife crimes is affecting a variety of ages, and on Dec. 31, 2017, four individuals ranging in age from 17 to 20 were stabbed to death, bringing the total number of stabbing deaths in London to 80 in 2017. The Independent reported that the number of teenagers murdered in the capital is now at its highest in nearly a decade.

Despite the strict gun laws already in place, the Office for National Statistics also found 6,694 recorded gun offenses in the year leading up to September 2017, which was a 20 percent increase from the previous year.

As The Free Thought Project has reported, Cruz made his desire to become “a professional school shooter” public when he posted about it online, and despite the fact that he was reported to the FBI more than once in the months leading up to the shooting, the agency—which received more than $9 billion in taxpayer funding in 2017—did nothing to stop him.

While gun control advocates may argue that if Nikolas Cruz was barred from purchasing an AR-15, it would have deterred him from committing mass murder, the fact is that even if he lived in the United Kingdom where strict gun laws are already in place, he still would have had a number of opportunities to contribute to the increasingly high rate of violent crimes.