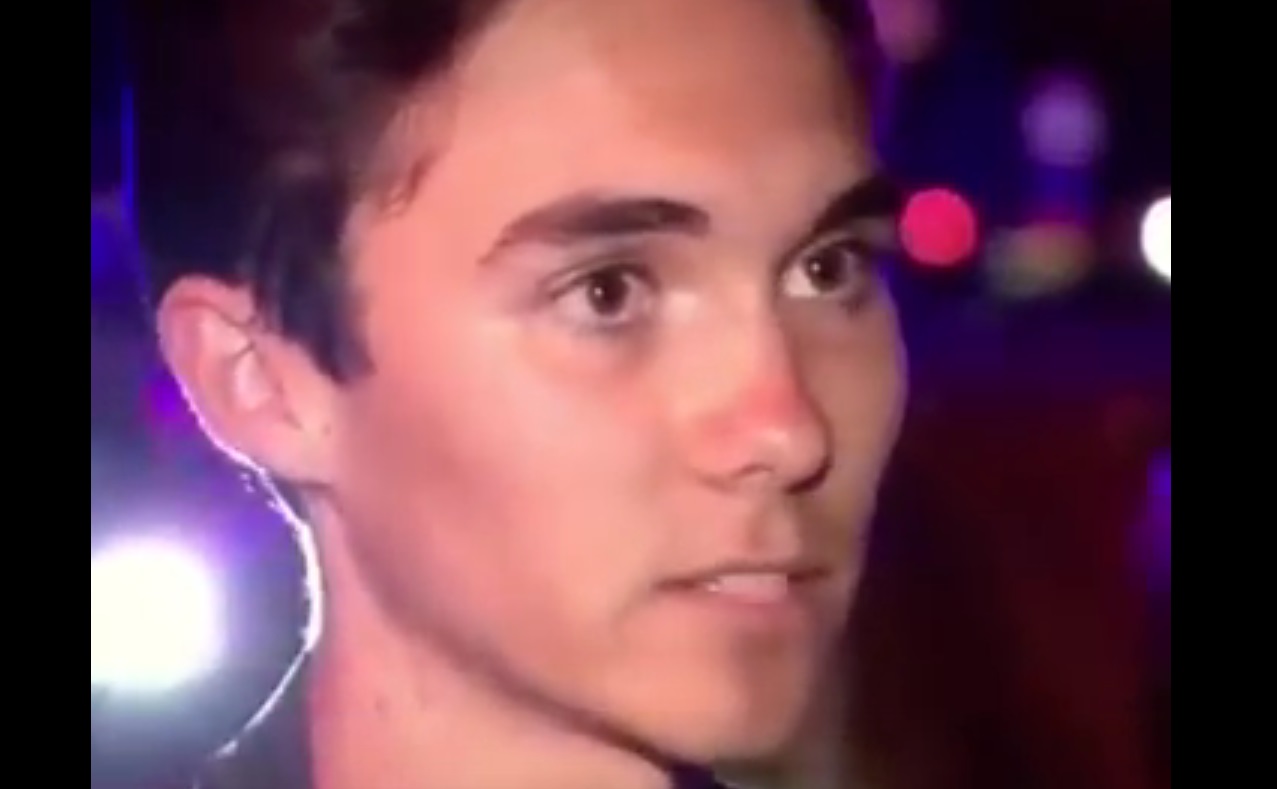 (Natural News) Is anyone surprised anymore at the depths of deception invoked by the fake news media? All weekend long, the media paraded high school kids in front of news cameras, exploiting them as props for the emotional exploitation of the public. Now it turns out these kids were coached to repeat scripted lines, just like actors reading lines for a movie production. It’s all scripted, in other words, to push a gun control narrative rooted in emotional reaction rather than constructive solutions.

It also turns out that one of these kids — David Hogg — is the son of an FBI agent. In other words, his father was part of the same deep state swamp that has been committing treason to try to destroy Trump. This was almost never mentioned in any of the TV news interviews where he was vehemently defending the FBI and blaming President Trump for the shooting.

This is all explained in more detail by Lucian Wintrich, via The Gateway Pundit:

In less than a week since they survived a mass murdering gunman attack on their school, two student who quickly became media stars of the Parkland, Florida school shootings are now media obsessed to the point they say they are snubbing an invitation to meet with President Donald Trump this Wednesday in favor of appearing on a televised town hall with CNN’s Jake Tapper. […]

One student, in particular, David Hogg seems articulate and highly skilled at setting a new anti-Conservative/anti-Trump narrative behind the recent school shooting. Few have seen this type of rapid media play before and when they have it has come from well-trained political operatives and MSM commentators.

Immediately, these students-turned-activists threw up some red flags.

In what seemed initially as an incredibly odd move for a high school student, Hogg’s vehemently defended the FBI and placed the blame squarely on the President’s shoulders…. before admitting that his father was in the FBI.

Two survivors of the Florida school shooting slam politicians' responses to the massacre, calling them "disgusting" and "pathetic" https://t.co/XqjuNCCBvF pic.twitter.com/qNszGv95L6

“I think it’s disgusting, personally. My father’s a retired FBI agent and the FBI are some of the hardest working individuals I have ever seen in my life,” proclaimed David Hogg to CNN.

“It’s wrong that the president is blaming them for this.”

Continuing, Hogg demonstrated his complete lack of American civics knowledge. A clueless Hogg appeared unaware of the fact that the President is not ‘in control’ of each department and branch of government, but must work and negotiate with them. Hogg added that Trump is in charge of the FBI.

Anyone who has been following the news could tell you that many in the FBI have been working against the president from the start, with the most notable case being the Obama Administration alongside the Clinton campaign’s attempts to push the false ‘verification’ of the junk Steele Dossier. It has also been widely reported that the FBI received tips well in advance of the Florida school shooting and decided, for whatever reason, not to act.

The fault for this tragedy lies squarely on the shoulder’s of the FBI who could have prevented this back in January.

Adding to the credibility of Hogg, in a recently uncovered early cut from one of his interviews it appears he was heavily coached on lines and is merely reciting a script. Frequently seen in the footage mouthing the lines he should be reciting, Hogg becomes flustered multiple times and apologizing and asking for re-takes.

Adding to the credibility of Hogg, in a recently uncovered early cut from one of his interviews it appears he was heavily coached on lines and is merely reciting a script. Frequently seen in the footage mouthing the lines he should be reciting, Hogg becomes flustered multiple times and apologizing and asking for re-takes.

Why would the child of an FBI agent be used as a pawn for anti-Trump rhetoric and anti-gun legislation? Because the FBI is only looking to curb OUR Constitutional rights and INCREASE their power. We’ve seen their propaganda many times. Don’t let them win.

From InfoWars: Evidence mounts the Florida attack may be a “giant false flag”

Via InfoWars.com, the propaganda “fact check” cult group known as SNOPES has been caught bullying a surviving student because he dared to go on the Alex Jones Show and tell the truth about what happened.

Read the full story at this link, and watch this video to learn more:

Palestine Launches Hundreds of Rockets into Israel
May 11th, 2021 Flag And Cross

Welcome To The Soviet Socialist ‘Paradise’ Of California
May 11th, 2021 Conservative Firing Line