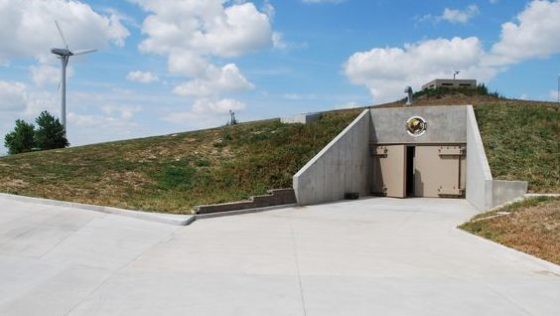 In the event that the entire economy collapses and food and become scarce, billionaires are looking for high-end places to hold out and await the new world order.  Many billionaires are now preparing for the apocalypse, and their survival plans don’t include anyone outside the global elites.

Peter Thiel, the billionaire behind PayPal, is among those tech giants who see New Zealand as a good place to go in the event of an apocalypse. New Zealand is seen as a particularly safe place for billionaires in the event of an apocalypse. In fact, Thiel has bought a $13.5 million 193-hectare section on the shores of Lake Wanaka, although the only building there at the moment is a barn (that can be seen).

According to the Mirror, plans show he is fitting a panic room in another property he owns in the country and he has been granted New Zealand citizenship in a streamlined process not available to normal (non-global elitists) members of the public. A rough and ready description of the attraction of New Zealand came last year in The New Yorker magazine, with LinkedIn co-founder Reid Hoffman suggesting the country had become shorthand for apocalypse insurance in Silicon Valley.

In 2011, Thiel declared he’d found “no other country that aligns more with my view of the future than New Zealand”. The country is more relaxed in terms of government than many places, has ample drinking water, and some of the world’s cleanest air.

“Saying you’re ‘buying a house in New Zealand’ is kind of a ‘wink, wink, say no more’,” Hoffman said. “Once you’ve done the Masonic handshake, they’ll be, like: ‘Oh, you know, I have a broker who sells old ICBM [intercontinental ballistic missile] silos, and they’re nuclear-hardened, and they kind of look like they would be interesting to live in.‘”

“Billionaires are going ‘bunkers’ over the apocalypse if you will,” says Joe Joseph with The Daily Sheeple.

“Here’s the thing, folks: to make a long story short, the actions of preppers are vilified,” says Joseph.  (Who hasn’t been called a ‘crazy tin foil hat wearing conspiracy theorist’ for having extra cans of food and some dried jerky meats around?) “You look at people who store non-perishable foods, who store fuel, medical supplies…they get laughed at.  But these billionaires are doing the exact same thing and in haste! So you have to wonder, what is the sense of urgency with these people of means that they’re willing to go that far, to buy 98% of an island and their own airline to get there…for there to be that much of a sense of urgency.”

“We, society, is institutionalized. When you go to school, it’s cool to be stupid, it’s cool to run with the crowd, if you run outside that crowd, if you’re a ‘black sheep’, you’re a nerd…it’s a toned-down version of prison culture…but it bleeds over to the outside, so when you do your due diligence and your research, and you say ‘holy cow! All of these billionaires are buying up these bunkers and these properties and they’re putting away food and medical supplies and alternative energy…if they’re focused on that, maybe I should do it!’ And what happens? Well, because you’re an outlier because you don’t go with the crowd, you’re vilified and looked at as a ‘black sheep.’

If you need help prepping, or don’t know where to begin, please check out the book below.  It’s full of useful information on how to prepare for many apocalyptic scenarios.