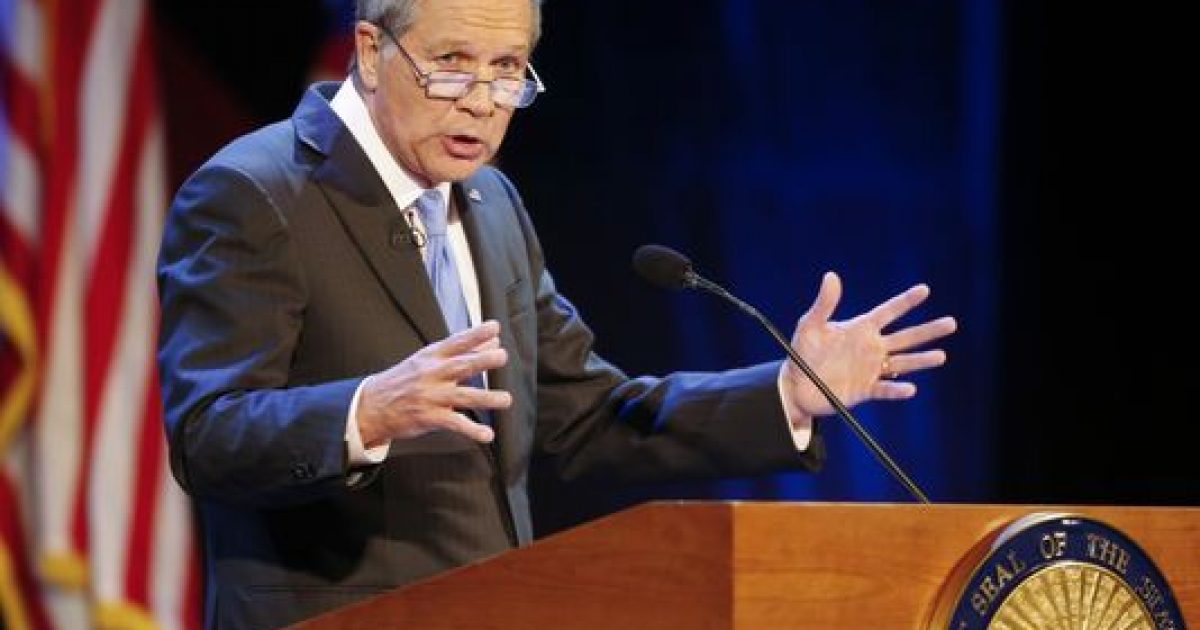 Now that anti-constitutionalists have stirred high school students to chant for “no more guns” in the aftermath of the Marjory Stoneman Douglas High School shooting in Parkland, Florida, Ohio governor and former presidential candidate John Kasich appeared on CNNs “State of the Union” to throw his hat into the ring on gun control.

“Common sense gun laws make sense,” Kasich stated.  “I think Congress is totally dysfunctional.  I’ve never seen anything like this.  They just can’t seem to get anything done.  They can’t agree to anything down there.  Wake up.”

Newsweek carried more on Kasich’s “State of the Union” appearance.

“I think Congress is totally dysfunctional. I’ve never seen anything like this” an impassioned Kasich said on CNN’s State of the Union. The former, and likely future, presidential candidate also cited impasses over immigration reform and the budget. “They just can’t seem to get anything done.”

Kasich criticized his party colleagues for refusing to consider measures to tighten gun controls, stressing that there were “reasonable” steps that could be taken to prevent further shootings.

“Common sense guns laws make sense,” Kasich said, citing measures such as increased background checks or restricting sales of weapons such as the AR-15, which was used by gunman Nikolas Cruz in Wednesday’s attack, according to police.

Kasich expressed scant confidence in the ability of lawmakers to come together to hammer out measures to tackle gun violence.

“They can’t agree to anything down there,” he said. “Wake up.”

“Sometimes you have to put yourself at risk” politically, he added, a reference to lawmakers who are more worried about losing their seats or funding by pro-gun groups than protecting their constituents.

“It’s not the end of the world because you lose an election!” he said. “Everybody’s got to look inside of themselves and think about their children. And, look, I’m not calling for some outright ban. I’m talking about small steps that can be taken that can be effective and Congress ought to do it. I just don’t—I don’t have any confidence in them. I don’t think most Americans do.”

Kasich points to increased background checks.  Well, how many background checks should one go through before obtaining a firearm … 1, 2, 3, more?  How much more information would one need to disclose on a background check form?  Is not searching a state and federal criminal database enough?  Then, Kasich claims a reasonable action would be to restrict the sale of weapons, such as the AR-15 type rifles.  Does he know what an AR-15 rifle is?

While Kasich may claim this is “reasonable” and “common sense,” he does not explain how these measures would prevent additional mass shooting incidences.

Kasich, like so many others, focuses on the firearms as the “cause” of the violence and not the instrument used to commit acts of violence.

Violence is a product of human behavior.  Individuals who seek to commit violent acts will use whatever is at their disposal to do so.

It may be a firearm, a pressure cooker bomb, a fertilizer bomb, a truck, a car, an airplane or any other instrument.

When removing the instrument used in the violence and focusing strictly on the behavior of violence, how is a governmental legislative body supposed to tackle behavior through legislation?

Moreover, neither Kasich nor any other anti-constitutionalist or government official can explain how firearms will be taken from criminals, who do not give one flip about the law.  Any legislation undertaking gun control targets the law-abiding citizen, not the criminal.  Criminals don’t obtain firearms legally, therefore, would not go through a background check or adhere to any other laws aimed at gun control.

An AR-15 is a semi-automatic .223 rifle – nothing more, nothing less.  It fires a single round with one squeeze of the trigger.  How fast the projectiles are ejected depends on how fast one can squeeze the trigger.

Why is this particular firearm subjected to so much animosity?  Because it has a magazine of projectiles from which it is reloaded?  No, because many hand firearms utilize a magazine to hold projectiles.  Is it because it can hold a magazine of 100 rounds?  More than likely.

The most likely reason is members of Congress, anti-constitutionalists and gun grabbers look at the aesthetic style of the AR-15 as menacing.  With rifles of any type accounting for 13 percent of shootings and the remainder being handguns, any type of “reasonable and common sense” legislation Kasich calls for directed at the AR-15 will morph to affecting all firearms.

Now, Kasich went on to say he was not talking about a ban;  however, he is not part of the body he is calling upon to legislate against the individual God-given unalienable rights of the people.  While he may be talking small steps, those small steps invariably lead to larger and larger ones.  It’s the “give an inch and they’ll take a mile” philosophy.  Wasn’t it Janet Reno who said at one point the ultimate goal of the government was gun confiscation?

Of course, Kasich appealed to the emotions of Americans by calling on the people to “look inside themselves and think about their children.”

Then, ask yourself why those who so rabidly support gun control, confiscation and gun free zones will not identify their homes as gun free.

The government doesn’t have to rely on mental illness and pharmaceutical or illicit drug use for gun control.  The list of 72 characteristics developed by government to identify potential domestic terrorists provides the framework for who can and cannot possess a firearm – those they identify as potential terrorists who have committed no crimes but have opinions different from those who hold the power in government.

Ever wonder who came up with that list and why?  And, was that list ever brought to the people, through their representatives, to dispute?

But, through all this conversation, the right questions are if the government needs a reason to enact gun control and does that reason need to be accepted by the people;  or, does government just have to explain their rationale to the people?   Think PATRIOT Act and NDAA and the previous “assault weapons” ban.

Government has strayed so far outside the Constitution that our document establishing the form of government, restricting its powers, and recognizing and guaranteeing the protection of individual God-given unalienable rights is not even a suggestion or guideline anymore, much less looked upon as the law of the land.  It’s looked upon as something to bypass to gain more power and control, which the people in government are doing ever more often.  Remember, our form of government is not the problem;  it is the people in it.

But, don’t take my word for it.

Certainly, don’t take any politician’s word on anything since politicians are about garnering votes.

And, for goodness sake, don’t listen to lamestream enemedia personalities, pundits or celebrities.

Do your own research.  Ask questions, preferably the right ones.  Think for yourself.  Develop your own conclusions using the Constitution and Declaration of Independence as your guide.