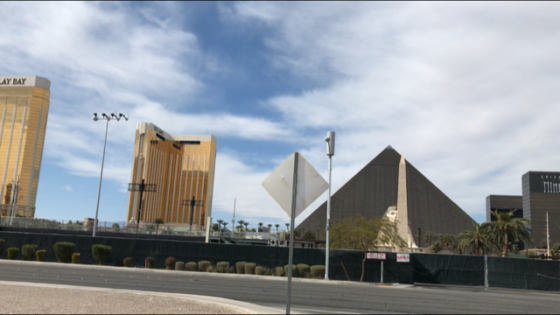 LAS VEGAS (INTELLIHUB) — If you are already an avid Intellihub reader than you likely are aware the 1 October massacre was conducted via an air assault but now there is physical evidence supporting the case.

Intellihub Founder and Director Shepard Ambellas recently did a major investigation at the grounds of the Route 91 Harvest Music Festival where last year’s massacre took place, and what he found may shock you.

While analyzing a “Dead End” road sign on the corner of Ali Baba Ln. and Giles St. Ambellas discovered a bullet strike which did not originate from ground level.

In fact, the strike appears to be almost nearly head-on with the sign from an elevated position, presumably originating from the airspace between the Luxor and the Delano Hotel.

According to Ambellas the shot was not a ricochet and was likely fired from an elevated position approximately 2,300 feet away. 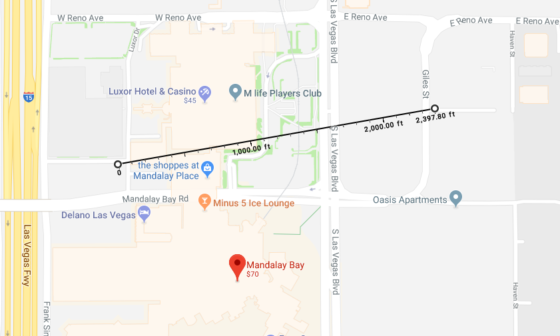 “Ladies and gentlemen, I have to say, I can see the angle of the bulge and the angle that that bullet is coming from and I can tell you that it’s not coming from the Mandalay Bay but rather, it is actually coming from the airspace between the Luxor and the Delano,” Ambellas explained. “I can actually tell that by basically doing a forensic analysis of it, it’s not even rocket science.

Ambellas is considered a hands-on firearm expert and marksman who has trained on and has fired over forty weapons platforms, shooting nearly fifty-thousand rounds over a 10-year span.