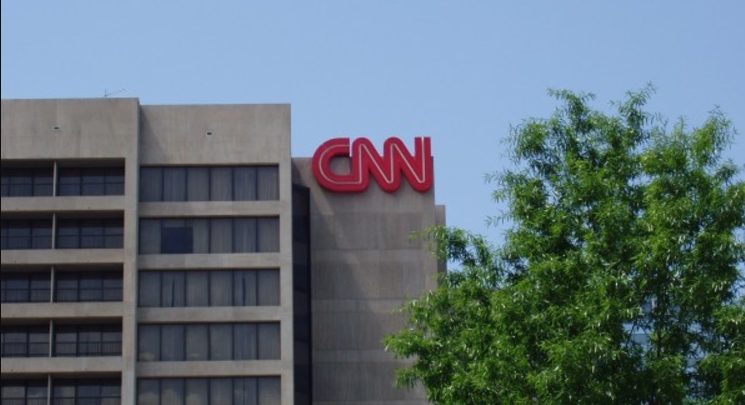 (Natural News) Straight up: CNN is no longer even pretending to be a “news” network, and instead has gone full-blown Marxist in pushing as much agitprop as possible because, obviously, the commies who work there are pushing Americans toward civil war.

The event was billed as a forum for ideas about how to solve the growing epidemic of school shootings following the most recent one in southern Florida.

But it never was meant to be a back-and-forth conversation. In fact, there was never meant to be ‘conversation’ at all. CNN and host Jake Tapper, a once-respected journalist who has become little more than a Nazi-like propagandist, designed the event as a forum for Left-wing hatred, period.

CNN has also called one of the student heroes of the Florida shooting a liar.

As The National Sentinel reported:

Marjory Stoneman Douglas High School student Colton Haab says that CNN approached him to ask a question [at] Wednesday’s televised town hall-style meeting but he refused to do so after he was given a “scripted question.”

Haab, who is a member of the Junior ROTC program, shielded students during the attack by admitted killer Nikolas Cruz. He said he had planned to ask a question about using military veterans as armed security guards…

“Colton wrote questions about school safety, suggested using veterans as armed school security guards but claims CNN wanted him to ask a scripted question instead so he decided not to go,” Janine Stanwood, of WPLG-TV, reported.

“CNN had originally asked me to write a speech and questions and it ended up being all scripted,” Haab said. “I don’t think that it’s going get anything accomplished. It’s not gonna ask the true questions that all the parents and teachers and students have.”

“Colton Haab, a member of the Junior ROTC who shielded classmates in the midst of terror says he did not get to share his experience,” WPLG’s Janine Stanwood explained.

But of course, CNN, the network of ‘integrity,’ denied it, saying in a statement, “CNN did not, and does not, script any questions for town hall meetings, ever.” (Related: There can be NO reconciling between political Right vs. Left, so it’s best we “divorce” peacefully NOW before we turn America into one giant Syria.)

Right. Of course, this is the network that hired former Clinton operative Donna Brazile, who proceeded to give debate questions to Hillary Clinton in advance of a CNN-hosted Democratic presidential debate.

And this is the same network that has a very long history of packing its Democratic-themed events with plants, as Michelle Malkin, host of “Michelle Malkin Investigates,” noted in a January 2016 column:

At the cable station’s Democratic debate in Las Vegas in 2007, moderator Wolf Blitzer introduced several citizen questioners as “ordinary people, undecided voters.” But they later turned out to include a former Arkansas Democratic director of political affairs, the president of the Islamic Society of Nevada, and a far-left anti-war activist who’d been quoted in newspapers lambasting Harry Reid for his failure to pull out of Iraq.

There are many other examples — and Malkin lists them — but you get the point. CNN is nothing but a shill for the Marxist Left, a propaganda tool that would make Josef Goebbels proud.

And now it has stooped to the level of calling a young, hero, military-officer-to-be a liarbecause he won’t toe their socialist line.

Like the network, Americans who still watch CNN really aren’t interested in ‘fixing’ our school-shooter problem. All they want to do is attack people who don’t agree with them.