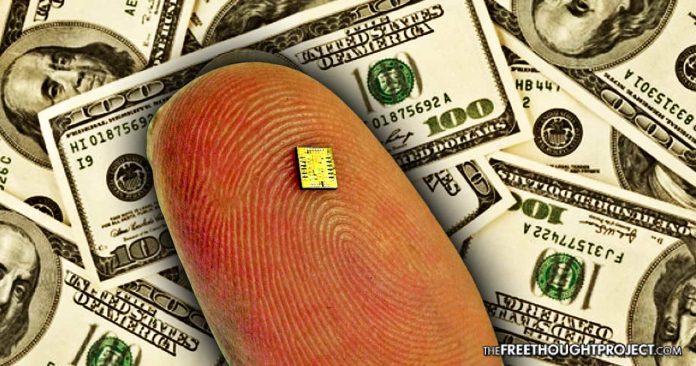 In the state’s relentless pursuit to scrutinize and control every citizen, including monitoring, tracking, and especially taxing their income, untraceable physical cash has long been a shield against such tyranny. However, thanks to Donald Trump’s nomination to the Federal Reserve Board of Governors, anonymous purchases, deposits, and savings with cash could soon be a thing of the past.

In November 2017, central banking proponent and Keynesian economist Marvin Goodfriend was nominated by President Donald Trump to fill one of the vacancies on the Federal Reserve Board of Governors. He was then confirmed by the U.S. Senate Banking Committee to advance.

Goodfriend is a central banking insider who’s spent decades moving in and out of government and central banks and his ideas are nothing short of Orwellian.

While his resume may make him seem like a qualified member of the corrupt and insidious Federal Reserve System, he’s proposed and openly advocated for one of the most horrific plans a free society (somewhat) has ever seen—tracking cash.

Goodfriend’s idea was to insert magnetic strips into the bills. Each time the cash was returned to a bank, the money would be taxed at a pre-determined rate. That would discourage individuals from hoarding cash and remove one obstacle for central bankers in setting negative rates.

Negative interest rates are employed to incentivize banks to lend money more freely and businesses and individuals to invest, lend, and spend money rather than pay a fee to keep it safe.

However, it is little more than theft. Instead of paying you interest on the money you give them to store and subsequently use as reserves to make these loans, when banks are strapped for cash, they call the theft of your money “negative interest.”

Goodfriend is an advocate for both negative interest rates and tracking your cash—and this person is about to have a leadership position inside America’s central bank.

Under the ostensible idea of reducing quantitative easing, Goodfriend would apply a tax directly to cash—stealing money from already taxed dollars—by tracking who is using it. According to Goodfriend, US currency should include tracking devices that let the government tax private possession of dollar bills—for your own good, of course.

“The magnetic strip could visibly record when a bill was last withdrawn from the banking system. A carry tax could be deducted from each bill upon deposit according to how long the bill was in circulation,” Goodfriend wrote in his proposal.

The idea of tracking cash with magnetic strips or RFID chips is such a horrific idea that two unlikely senators from opposite sides of the aisle have come forward to vehemently oppose the Goodfriend appointment.

As Reuters notes again, the idea of a tax on cash is politically toxic. Senators Rand Paul and Elizabeth Warren – two lawmakers often on opposite ends of the ideological spectrum – have denounced Goodfriend’s idea, and may now put his nomination in jeopardy.

We think that is a good idea.

Rand Paul’s father, the esteemed Dr. Ron Paul has been a long-time advocate against such Orwellian moves to track cash and has been fighting them for decades.

“The whole idea is preposterous. The notion that we’re going to tax somebody because they decide to be frugal and hold a couple of dollars is economic planning at its worst,” then-Congressman Ron Paul said. “This idea that you can correct some of the evil they’ve (the Federal Reserve) already created with another tax is just ridiculous.”