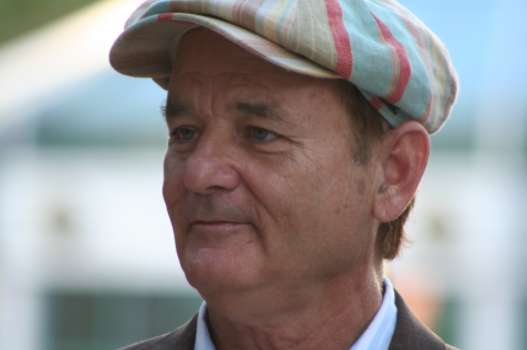 (Natural News) In a recent interview on CNBC’s “Squawk Box,” the iconic star of the movie “Caddyshack” Bill Murray slammed the divisiveness of identity politics, which he says is to blame, in part, for the politicized nature of comedy in America.

“It’s ‘Clash of Clans’ every day, first thing in the morning,” Murray said in the interview. The Hollywood icon went on to say that he admired actress Kristen Wiig because of her nonpartisan appeal. “How can Kristen Wiig make everyone laugh? She’s not thinking about being political. She’s thinking about what resonates and what is common to all of us. And I think that’s harder and harder to do because people are trying to win their point of view as opposed to saying, ‘What if I spoke to everyone?’”

Murray explained that he found himself in agreement with longtime “Saturday Night Live” writer Jim Downey regarding how the political left is separating the American people into groups rather than working to bring everyone together. “’No, no,’ he [Jim] says. ‘I just think the way Democrats handle things is poor. They pick out little pieces of a population and say they represent it – we represent the Hispanics, we represent the LGBT, or something.’ They’re not speaking to everyone at once. It’s almost demeaning to say I’m choosing you, because you’re a splinter group.”

The Caddyshack star is absolutely correct in his assessment of how the left-wing operates. Almost every single time a liberal opens his or her mouth, they are addressing not the American people as a whole, but rather groups of people. They talk about African-Americans and how they belong to the party that truly opposes racism. They talk about women and how they are the ones that believe in breaking the so-called “glass ceiling.” They talk about gays, lesbians and transgenders and claim that they are the ones that are against hate and discrimination. The liberals do this because, unfortunately, it has been a rather successful strategy for them in the past. It’s a strategy of divide and conquer; a strategy that prevents the American people from coming together for the liberals’ personal gain.

In May of 2016, Barack Obama delivered a commencement address at the historically black Howard University which, not surprisingly, he used to appeal to the African-American voting block. Among other things, Obama told the students that they should be confident in their blackness, and made sure to remind them that racism and inequality still persists. The entire segment of the speech that was dedicated to racial tension was delivered by a very passionate and even angered Barack Obama, and it was obvious that he was trying hard to connect with not only with the students of Howard University, but blacks across the country as well. (Related: The Democrats’ hatred of America is what keeps our country divided, not Donald Trump and the Republicans.)

In this particular instance, Barack Obama was not completely wrong – racism does still exist in this country, just as it does in every other society on the face of the earth. The problem, though, is that Obama appeared to be more committed to dividing the American people rather than uniting them. This is the segmentation strategy that Bill Murray referred to in his interview. This is exactly how the liberals divide and conquer. (Related: Did Michael Moore just call for the ethnic cleansing of all white people in America?)

Of course, it’s not just Barack Obama. Black liberal commentators like Al Sharpton and Jesse Jackson use every chance they get to divide the American people along racial lines. Hillary Clinton used this strategy constantly while she was out on the campaign trail, claiming that women are being oppressed and aren’t being treated as equals. College campuses across the country routinely talk about the LGBT community and give its members access to a number of resources to ensure they feel “safe.”

The liberals are dividing this country beyond repair, and what’s worse is that they are well aware of it.