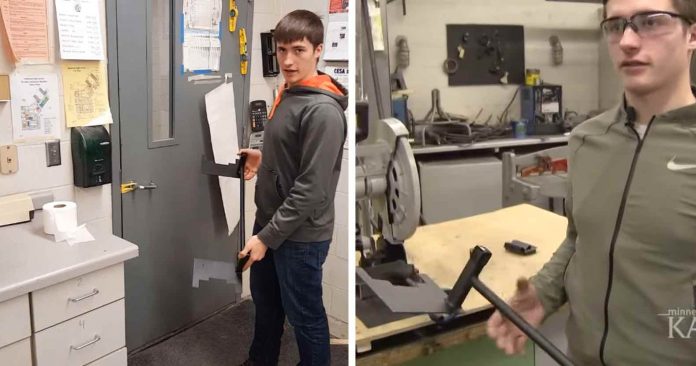 “The State represents violence in a concentrated and organized form. The individual has a soul, but as the State is a soulless machine, it can never be weaned from violence to which it owes its very existence.” -Mahatma Gandhi

As government continues to propose new legislation, gun bans, more cops, teachers with guns, and stoking divide in general in response to school shootings, they’ve continued to fail to stop them and, as a result, more innocent lives have been lost. The reason the state is so ineffective at providing solutions to problems of violence is that their language is violence. When your only tool is a hammer, everything starts looking like a nail.

The state lacks creativity because every idea they come up with—that passes the facade of the democratic process—will be mandated with the barrel of a gun. The idea can even be immoral, violent, and abhorrent. However, because it is law, those who oppose it will be extorted, kidnapped, locked in a cage, or killed. If you doubt this claim, simply look at marijuana possession.

Nearly every aspect of government functions as a result of the monopoly they hold on violence. On the contrary, however, free enterprise solutions—ones that are adopted because they work and people like them—need no violence because they have value.

A perfect example of a free enterprise solution to a horrific problem is the JustinKase. An innovative high school kid from Wisconsin saw the problem with school shootings—years ago—and the wheels in his head began spinning. So, instead of trying to lobby the government to ban something, he came up with a solution.

Justin Rivard invented a simple yet powerful device that he calls the JustinKase. It is essentially a product made of steel that latches to a door frame and prevents the door from opening.

“Unlike other products, JustinKase does not allow a door to open even a crack which means students & staff can remain safe while emergency personnel race to the scene,” creator Rivard, a student at Somerset High School in Wisconsin, explains on his website.

Justin Rivard has invented a device to prevent active shooters from getting inside classrooms – and to keep students safe. https://t.co/TBuaQ2nEk8 pic.twitter.com/oUnd9cYH9h

“I call this the JustinKase,” Justin says of his invention. “You don’t want to use it, but just in case you need it, it’ll be there.”

Made of steel plates and connecting rods, Justin’s device slips beneath a classroom door and latches to the door’s jam. With his device in place, Justin has yet to find a person who can push a classroom door open, including linemen from his high school football team.

Justin had his first sale at his own high school that purchased 50 of them—one for every classroom.

“We started with the high school, then went to the middle school, then the elementary school,” says Shannon Donnelly, Somerset’s principal, according to KARE.

Justin is currently awaiting approval on his patent and this young entrepreneur has already delivered 54 of his devices to the Grantsburg School District and 40 more are on their way.

At only $95 each, the price is far less than a police officer, and, as the case of Scot Peterson in Parkland, Florida illustrates, far more effective at saving lives.

Ingenuity, creativity, and imagination are far more effective tools than regulations and displays of force which makes it no wonder that the US education system sets out to stomp them out early on. Luckily, it appears that Justin kept some of his.

According to KARE, Justin says he used to wonder how he would leave an impact at his school. Not anymore.