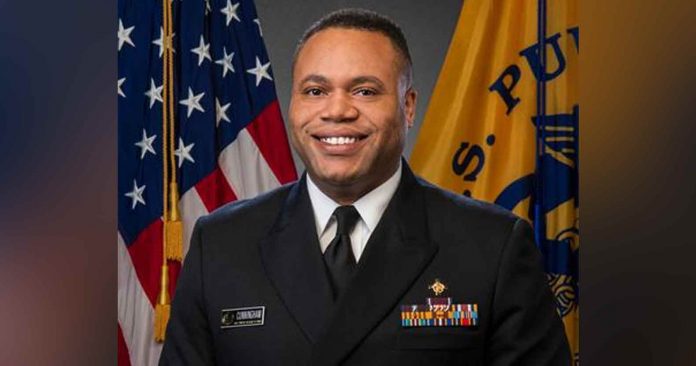 Atlanta, GA — 35-year-old Timothy Cunningham, a high ranking employee with the Centers for Disease Control and Prevention (CDC) has been missing for nearly two weeks. Cunningham went home from work claiming he was sick on February 12 and has not been seen or heard from since.

According to the CDC, Cunningham is a graduate of the Harvard T.H. Chan School of Public Health and a commander in the Public Health Service who was responsible for responding to and supervising emergency situations with the Ebola virus and the Zika virus.

Last week, the Atlanta Police Department issued a missing persons notice through their Facebook page, and since it has received nearly 2,000 shares, but still no leads.

Cunningham’s family said that this is extremely unusual behavior for him, since he is usually very close with his family, and he would never leave without letting them know or making sure that his dog was taken care of. When his family went to look for him at his home they found his phone, wallet, car, and keys, along with his dog.

Cunningham’s brother, Canterio Cunningham, told Fox 5 that Timothy would never go anywhere without making sure his dog was taken care of.

“My first mind is that something has happened, especially considering the length of time he’s been gone. Not having his phone, leaving his dog, Bo, alone, he just wouldn’t voluntarily check out like that. Tim is the consummate professional. He loves his job. He wouldn’t just cast it aside. He’s worked hard to get where he is,” Anterio said.

Father, Terrell Cunningham, pleaded with reporters to spread the word about his son.

“It’s not the type of news you want to hear. Thirty-five years old, but always your child. This is an appeal to the public,” Terrell Cunningham added. “We’re seeking your help in bringing Tim back safe,” he said.

His family also said that they have an unspoken rule about regularly checking in with one another.

A statement from the CDC said, “Our thoughts are with his friends and family during this difficult time.” However, the agency has yet to comment on the nature of his illness or any potentially dangerous projects that he has been working on recently.

This weekend over 50 Atlanta residents searched the area for him, posting flyers and canvassing the area between his work and home.

Police have said that they are not ruling out any possibilities, including kidnap and homicide. The family believes it is highly unlikely that he fled or disappeared willingly. Unless he had an extremely elaborate getaway planned, it is likely that he would not get very far on his own without his wallet, keys or cell phone.