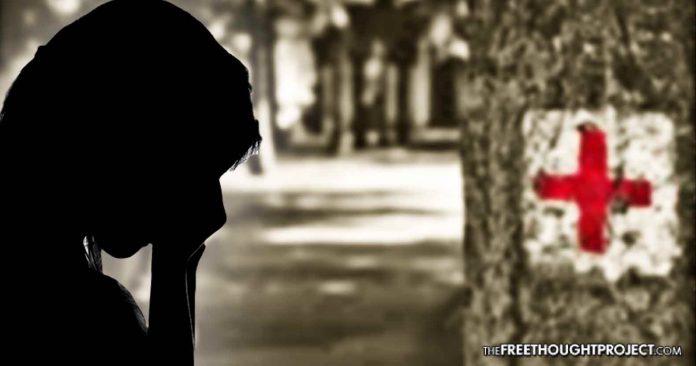 A scathing report on an internal review of the charity group, The Red Cross, has revealed nearly two dozen employees have been removed from their jobs in the last three years for sexual misconduct.

According to the report, 21 members of the Red Cross are no longer employed by the agency because they were caught in crimes of sexual misconduct.

The ICRC’s director-general, Yves Daccord, said the individuals had paid for “sexual services” and had resigned or were dismissed from the aid agency.

Mr Daccord said on Friday that it was “a difficult but important day”.

The revelations come as the aid sector has been hit by numerous allegations of sex abuse and exploitation by workers.

Mr Daccord said that it was the recent reports of sexual misconduct from humanitarian agencies that had spurred the Geneva-based ICRC to conduct an internal review.

Its code of conduct has explicitly forbidden the purchase of sexual services since 2006.

“I have instructed my teams to scour the data we do have on sexual misconduct, and I can tell you that since 2015 we’ve identified 21 staff members who were either dismissed for paying for sexual services or resigned during an internal inquiry,” Mr. Daccord said.

As the report notes, the Red Cross is not alone in their sexual abuse either. An international children’s aid charity, Plan International was also exposed carrying out rampant child sexual abuse and exploitation this week.

“This behavior is a betrayal of the people and the communities we are there to serve,” Mr. Daccord said. “It is against human dignity and we should have been more vigilant in preventing this.”

Although the crimes and sexual misconduct have been exposed, there have been no reports of arrests.

Even though this is the first time the Red Cross has been exposed on such a large level for sexual misconduct, the charity organization is no stranger to scandal.

Putting them on the corruption map was their reaction to the catastrophic earthquake in Haiti. In 2010, hundreds of thousands of Haitians lost their lives in a tragic earthquake. Gail McGovern, the Red Cross’ CEO, and her staff quickly responded with a massive marketing push to raise funds. They received countless celebrity endorsements and even President Obama jumped on the train. In just a few days, they raised a half a billion dollars.

However, of that half billion, the Red Cross kept $125 million for themselves and didn’t disclose it until they were investigated. An investigation later revealed that the rest of the money the Red Cross spent in Haiti resulted in just six permanent homes, NPR and ProPublica found.

But that’s not all. The Red Cross’ response to Katrina was so horrific that some observers noted they were on the verge of criminal wrongdoing. Years later in 2012, it failed again for Superstorm Sandy and Hurricane Isaac.

The response was “worse than the storm,” one Red Cross driver told ProPublica during its jaw-dropping investigation. The Red Cross was more concerned with their public image than helping the storm victims so much so that they ordered employees to drive around empty trucks to make it appear like they were responding. “We were sent way down on the Gulf with nothing to give,” the driver said.

But that’s not all. Fast forward to 2016 and the Red Cross was responding to the 1000-year flood in Louisiana. Despite Nancy Malone, a spokeswoman for the Red Cross, saying that it was misinformation, there were countless reports of Red Cross stations turning down donations of supplies. Wheel chairs, crutches, canes, diabetic supplies and other goods like clothes and water, were just some of the supplies refused by the Red Cross.

What’s more, when they did take donations during the flood, many of them were reported for throwing them away.

As Justin Elliott notes, writing for Pro Publica, the Red Cross stopped helping people once it was taken over by a team of former AT&T executives who tried to turn it into a profit machine instead of a charity.

As part of her effort to run the Red Cross more like a business, McGovern recruited more than 10 former AT&T executives to top positions. The move stirred resentment inside the organization, with some longtime Red Cross hands referring to the charity as the “AT&T retirement program.’’

McGovern laid out a vision to increase revenue through “consolidated, powerful, breathtaking marketing.”

“This is a brand to die for,” she often said.

The bottom line is that the Red Cross has become a massively centralized bureaucracy that is seemingly more concerned with self-preservation and corporate salaries than they are helping victims of natural disasters. And now, we see that they have become so gluttonous that some of their employees are exploiting the world’s most vulnerable.