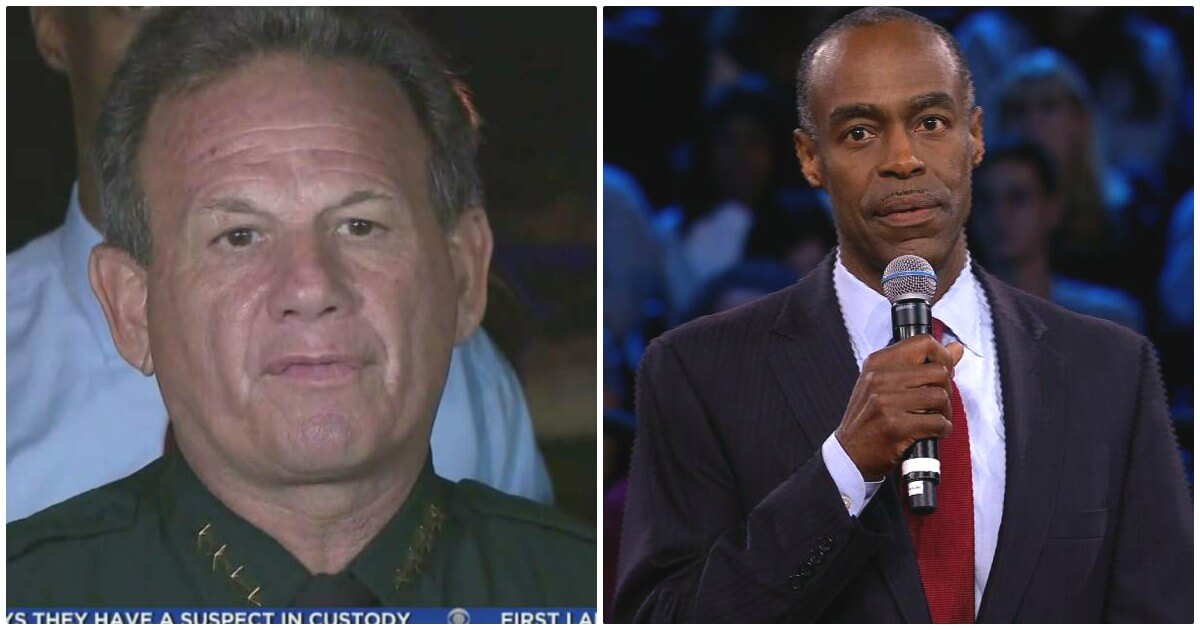 The sudden tsunami of gun control stories, articles, op-eds, and segments is the result of the terrible mass shooting that took place at Marjory Stoneman Douglas High School in beautiful Parkland, Florida.

Sadly, the focus on gun control has caused the media (and the people who get their news from the media) to miss the far-larger scandal revolving around Douglas High School.

First, let me be clear; I’m not talking about the scandal of four police officers being on scene when the shooting begins, but who chose to do NOTHING while waiting outside for backup. This is a scandal in and of itself, no doubt, and it should be investigated. The police force that allowed this to happen should be shamed for it. The shooting could, and should, have been far less bloody if only these officers had done what their community expects of them.

Secondly, this isn’t about the scandal unfolding at the FBI, who knew of Nikolas Cruz and his grotesque desires for mayhem and violence. This isn’t  even (entirely) about the failure of policing that took place in the months and years before the shooting – a time period that saw local police visit Nikolas Cruz 39 different times for various episodes of violence and criminality.

And finally, it isn’t about how a troubled young man, so clearly mentally and emotionally distressed, ran afoul of the law so often, but was still somehow able to pass a background check to purchase his firearm.

No, this piece is about how, at every level, the government failed us by not enforcing our laws or even abiding by simple, logical standards of behavior.

Before I launch into this, let me give credit to the folks at The Last Refuge who write at the Conservative Treehouse and did much of the legwork on this story long before the shooting at Douglas High School. In fact, the Last Refuge was investigating this story years ago, in the wake of the Trayvon Martin shooting. I was able to independently confirm much of what the Last Refuge reported (see his Twitter thread on this story here) when I spoke, on condition of anonymity, with several sources, one of whom works in the central office of the Broward School District.

The scandal that the media is ignoring, but is probably the most important part of this story, involves the Broward County School District and local police agencies colluding to lay the foundation of the Douglas High School tragedy.

What do I mean?

The story all began about 6 years ago in Miami-Dade County (the county just South of Broward), where the school district was struggling to succeed. All of the data painted a picture of a failing school district. The district noticed that large portions of their school populations were being arrested at a higher proportion than the rest of their community, and they realized that if they could cut down on the criminality of their students, they could quickly improve the data coming out of their schools

With this in mind, the district entered into a relationship with their local police force and concluded a deal that would ensure the police would stop arresting so many of their students.

Within a year or two, surrounding communities began to notice the change in Miami-Dade’s fortunes (which included a new influx of money), and Broward County decided that it was time they entered into a similar deal with their local police force.

The Broward County School Board and District Superintendent entered into a political agreement with Broward County Law enforcement officials to stop arresting students for crimes.

The motive was simple. The school system administrators wanted to “improve their statistics” and gain state and federal grant money for improvements therein.

It’s important to remember that this was not an arbitrary change; this was a well-planned fundamental shift in the entire dynamic of how teenagers would be treated when they engaged in criminal conduct.

I’m sure that you probably already see the problem with the police in South Florida entering into these deals with their local school districts.

In a very real way, the new policies made public school students above the law. These policies conflicted with laws that police officers had been long-trained to follow, but now it allowed students to act as they wished, without fear of the consequences.

At first, the police were only “excusing” misdemeanors, but soon they were also “excusing” felonies, including violent crimes like assault, armed robberies, and worse.

You can obviously see how this would cause problems, but it’s worse than you think. Once the system seemed to be “working,” the district needed the police to continue lowering arrests year-over-year, which meant that the police were being forced to excuse ever more severe criminal acts.

“Over time, even the most severe of unlawful conduct was being filtered by responding police.

We found out about it when six cops blew the whistle on severe criminal conduct they were being instructed to hide. The sheriff and police Chiefs were telling street cops and school cops to ignore ever-worsening criminal conduct.

The police were in a bind. They were encountering evidence of criminal conduct, and yet they had to hide the conduct. There were examples of burglary and robbery where the police had to hide the recovered evidence in order to let the kids get away without reports.

They couldn’t get the stuff back to the victim because that would mean the police would have to explain how they took custody of it. So they just hid it. To prove this was happening one of the officers told me where to look, and who the victim was…”

According to TheLastRefuge, an internal investigation was carried out, but the results were buried, because what it found was not politically or economically expedient for the county.

In the years following, youth crime in Miami-Dade and Broward steadily grew worse. An odd quota system developed, and once a certain number of High School students had been arrested in the county, leadership would make sure that other crimes committed would be excused.

To make matters worse (as if this wasn’t bad enough), South Florida’s gangs quickly caught on to the scheme and began using high school students to commit more of their crimes. They also began planning their biggest, most important activities later in the month, later in the quarter, and at times when schools were collecting their data for reporting. In this way, the gangs could take advantage of committing their crimes at the time when the police would be most likely to give their high school aged members a pass.

Now we’re getting closer to how all of this led to the Douglas High School shooting.

With the intricate nature of the relationship between the police and the schools, it became vital that the School Resource Officers (SROs) placed at the schools understood how the symbiotic relationship between the district and the police was supposed to work. They needed SROs who were adept at ensuring the criminal activities of their students would not be reported as crimes and endanger the district’s political and financial fortunes.

This is likely why the much-demonized SRO Scot Petersen (who infamously stood outside of the school while the massacre was in progress), likely refused to share information on the shooter with social services back in 2016.

The sheriff’s deputy who did “nothing” while Nikolas Cruz killed seventeen people also refused to share information on Cruz with state social services during a 2016 investigation into his home life. https://t.co/cvAXqtH3yA pic.twitter.com/PPn77edXCi

These problems with the SROs in South Florida are not something new. There have been other investigations that uncovered their questionable behavior, but again it wasn’t convenient to end the practice.

In the wake of the Douglas High School shooting, these problems should be too big to hide.

Sadly, instead of covering the ongoing corruption of the law that has been happening in Miami-Dade and Broward counties since 2012, the media has chosen to focus their fire on gun control.

Instead of worrying about guns, the media should be asking how could local police pay 39 different visits (Broward Police claim it was “only” 23 visits) to one student without that student ever spending significant time in prison or a psychiatric ward. They should be asking why the local police wouldn’t share information about this high school kid with social services or other law enforcement agencies.

The truth is that our laws and law enforcement procedures were enough to stop the Douglas High School shooting before it ever happened, but because of the corruption sowed by the Broward County School District and local police leaders, those laws and procedures were ignored.

If the procedures (and laws) had been followed, Cruz would have never been allowed to purchase a gun. He would have likely already been incarcerated, and he never would have had the opportunity to kill 17 people.

This case isn’t about guns. And the answer isn’t more gun control.

This case is about school districts lying to their families in an effort to get more money and more political influence. It’s about local police forces being willing to ignore crime and refusing to abide by the laws that they promised they would uphold. It’s about government failures at every level and how that corruption and failure led to the death of 17 innocent people.

Don’t let the media sell you some sob story about how we need more gun control in this country. This is all about corrupt politicians and money.