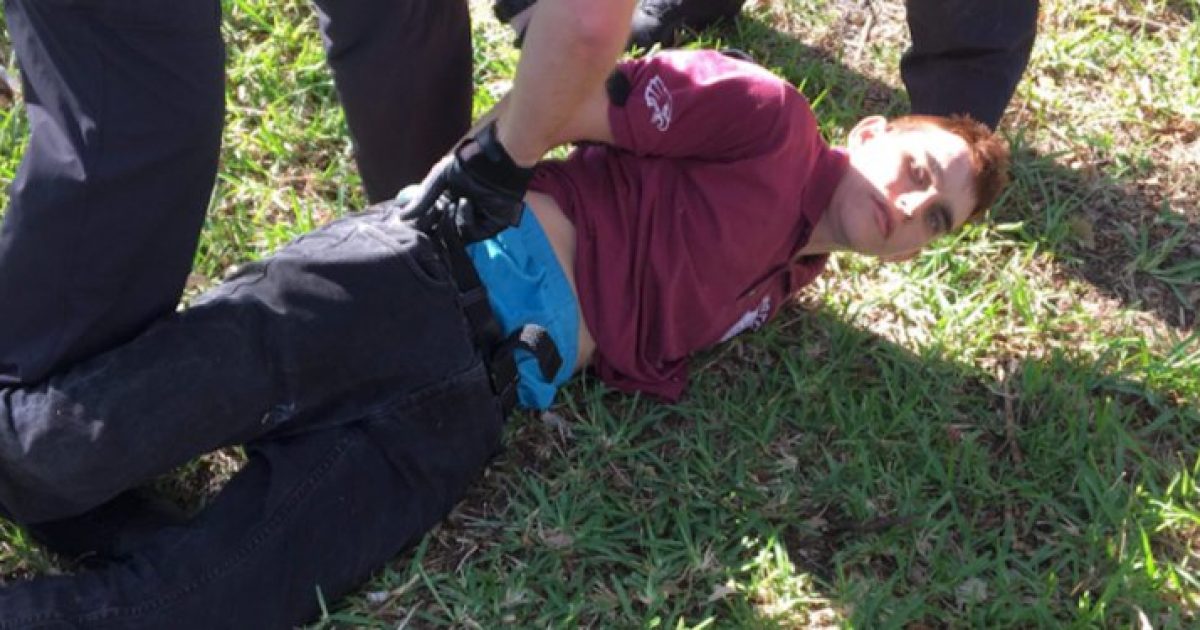 I realize that there is an alleged confession from Nikolas Cruz in the shooting at Marjory Stoneman Douglas High School in Parkland, Florida, but what I’m not understanding is how we can see clear disconnects in what eyewitnesses say occurred.

First, consider that we have at least one student who claimed that she was walking with Cruz when the shots began to ring out, but he was not engaged in the shooting at the time, and other students who claim there was more than one shooter.

Second, it is reported that an Uber driver drove Cruz to the school in a gold-colored vehicle.

Cruz took an Uber to the school with a concealed AR-15 and additional loaded magazines, according to authorities.

A witness at the school told deputies he saw Cruz arrive at the school in a small, gold-colored vehicle, the report states. He was wearing a maroon shirt, black pants and a black hat and carried a black duffel bag and backpack, the witness told deputies. The witness remembered Cruz as a “former troubled student.”

The witness, whose name and position at the school are redacted from the report, told deputies he saw Cruz walking toward one of the school buildings. Not a minute later, the witness heard gunshots and called a “Code Red,” the report states.

Cruz’s Uber driver confirmed to law enforcement she had dropped the accused shooter off at his destination, the report states.

That report also tells us that Cruz allegedly told police that he planned to get rid of his weapons and blend in with other students during the chaos.

Finally, there is a teacher who says that she hurried students into her classroom and was 20 feet from the shooter on the third floor and that he was dressed
“in ‘full metal garb’ complete with helmet, face mask and bulletproof armor.”

Stacey Lippel, a language arts teacher at Marjory Stoneman Douglas High School, said students in her creative writing class were in a “great mood” as they listened to music and wrote love letters on the afternoon of Valentine’s Day. Then, she heard a “popping sound” amid the noise her busy students were making, followed by the fire alarm moments later. She unlocked her classroom door and a flood of students came running in.

As the suspected shooter — identified as 19-year-old former student Nikolas Cruz — stood about 20 feet in front of her, firing a “barrage of bullets” down the hallway, Lippel urged the fleeing students to seek shelter in her classroom on the third floor of the 1200 Building.

“I don’t know how many kids were in there, but I just started pulling them in and shouting at them to get in the room,” Lippel told ABC News.

At first glance, Lippel said she thought the shooter could be a police officer because of the way he was dressed — in “full metal garb” complete with helmet, face mask and bulletproof armor.

“I’m staring at him thinking, ‘Why is the police here? This is strange,'” she said. “And I’m just looking at him, but I’m still getting the kids, knowing this is an emergency.”

Perhaps some of this is what may be in the duffle bag that police removed from the school.

However, it doesn’t really explain how he could be wearing all that, stop what he was doing, throw it in the duffle bag again and lose himself in the chaos without someone noticing what he was doing.

Other students claim that they saw their teacher get shot.

So, consider that Cruz arrives and according to an eyewitness, the shooting begins, apparently just after a fire alarm is pulled.  However, Cruz is in a maroon short and black pants, just like he was when he was caught by police.

So, in the midst of all of this, he throws on body armor, a helmet and facemask too?  So far, I’ve not heard any other reports mention those items.  I’m not saying they aren’t a part of things, but something doesn’t make sense in the story here.

Finally, we discover that police apprehend Cruz just walking along in the maroon shirt and black pants, as indicated by the eyewitness who saw him enter the school after exiting the Uber car.

Finally, we also know that police were conducting an active shooter drill at the time, and that students have said they were told the police would be shooting blanks.

That isn’t a coincidence.

Somehow, I’m just not understanding how he can be in plain clothes and body armor inside of a minute and then back out of them before his apprehension.  I’m not saying it’s not possible, it just does seem that someone would have identified him quickly if he had taken the body armor off, not to mention the fact that he would have apparently had to put that on in seconds, which I don’t doubt is possible, but it does make one think.