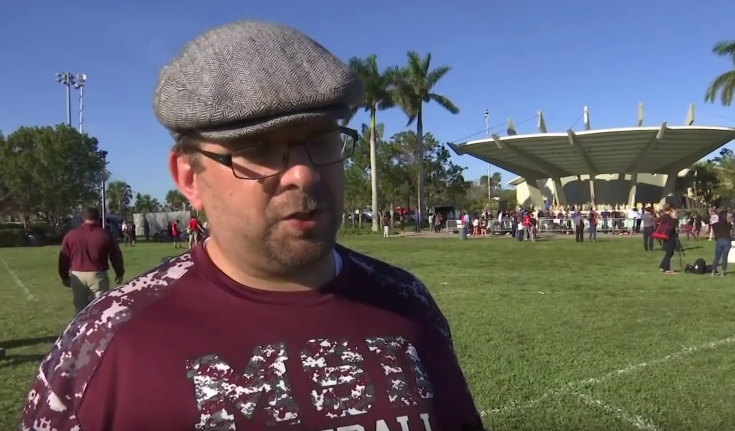 Another teacher comes forward, says, a ‘Code Red drill’ went live. Did police accidentally load live ammo into the active shooter’s magazines instead of blanks? Who was the real shooter? Where is the video footage?

PARKLAND, Fla. (INTELLIHUB) — Marjory Stoneman Douglas High School history teacher Ernest Rospierski told the Associated Press he thought the Valentine’s Day massacre was a drill at first and was warned earlier that day that a code red drill would be taking place in which blanks were to be used.

The brave teacher who saved a number of his students lives on 14 February, told the AP that his students and he were at the doorway in the west stairwell of the 1200 building and were all on their way out of the building when they heard gunfire. The teacher and his pupils were trying to exit the building after the fire bell rang just seconds earlier when they became engulfed in a real-time nightmare.

That’s when Rospierski acted quickly to get as many students as he could to go back into the rooms while the shooter continued his rampage at the east end of the hallway.

“I heard two shots,” he said. “Those two shots would have been my friend Scott Beigel who had been shot and killed trying to save his kids.”

At that point, the shooting briefly stopped while the shooter reloaded his AR-15 to continue on with his rampage.

Rospierski maintains, at the time he didn’t know the purported suspect was a 19-year-old kid.

Shepard Ambellas is an opinion journalist, analyst, and the founder and editor-in-chief of Intellihub News & Politics (Intellihub.com). Shepard is also known for producing Shade: The Motion Picture (2013) and appearing on Travel Channel’s America Declassified (2013). Shepard is a regular contributor to Infowars. Shepard is the leading journalist covering the Las Vegas Massacre, logging over 1100+ hours, 160+ reports, during his ongoing investigation. Read more from Shep’s World. Follow Shep on Facebook. Subscribe to Shep’s YouTube channel.