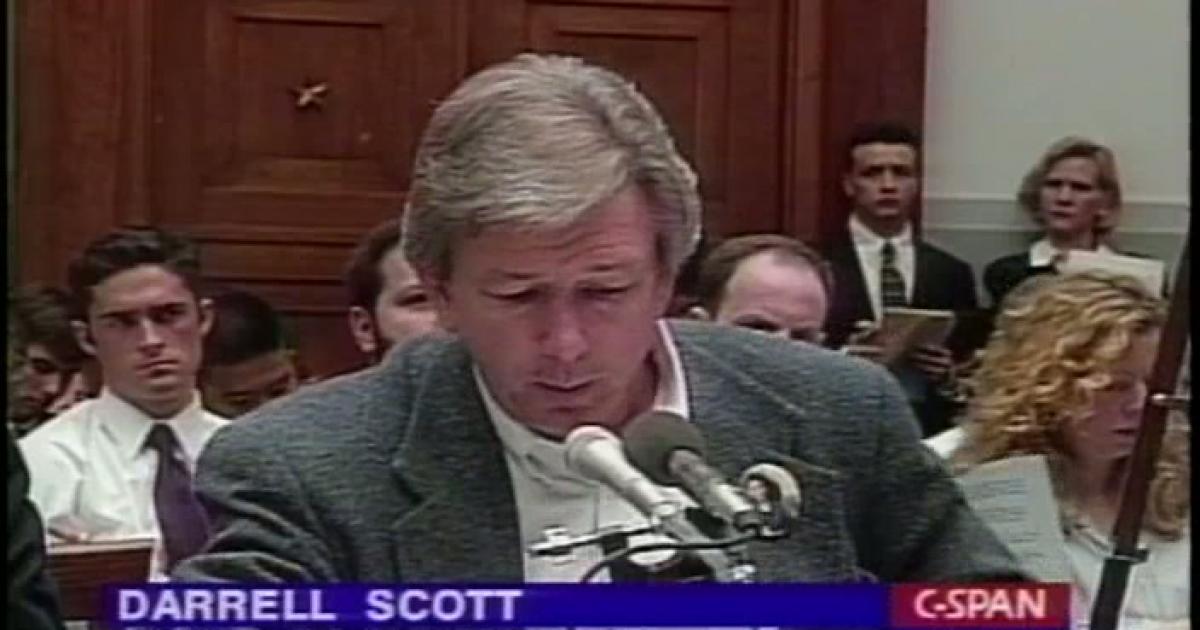 , a victim of the Columbine High School shootings in Littleton, Colorado, was invited to address several representatives following the Columbine shooting.

Scott’s speech is just as true after the Florida school shooting as it was after Columbine.

Many may have read his words, but read them again and share them with your friends, especially those clamoring for gun control or bigger government to “save the children.”  God promised to protect His people if they obeyed and honored Him.  For decades America did that, and then she began, like Old Testament Israel, to follow other gods and abandon God’s Word.

The shootings and other evils in our societies are a result of those abandonments and are part of the very curses God said He would send when the people departed from Him.

Since the dawn of creation there has been both good and evil in the hearts of men and women. We all contain the seeds of kindness or the seeds of violence.

The death of my wonderful daughter, Rachel Joy Scott, and the deaths of that heroic teacher and the other eleven children who died must not be in vain. Their blood cries out for answers.

The first recorded act of violence was when Cain slew his brother Abel out in the field. The villain was not the club he used. Neither was it the NCA, the National Club Association. The true killer was Cain, and the reason for the murder could only be found in Cain’s heart.

In the days that followed the Columbine tragedy, I was amazed at how quickly fingers began to be pointed at groups such as the NRA. I am not a member of the NRA.

I am not a hunter. I do not even own a gun. I am not here to represent or defend the NRA — because I don’t believe that they are responsible for my daughter’s death. Therefore I do not believe they need to be defended. If I believed they had anything to do with Rachel’s murder I would be their strongest opponent.

I am here today to declare that Columbine was not just a tragedy — it was a spiritual event that should be forcing us to look at where the real blame lies!

I wrote a poem just four nights ago that expresses my feelings best. This was written way before I knew I would be speaking here today:

Now gunshots fill our classrooms
And precious children die
You seek for answers everywhere
And ask the question “Why”?

Men and women are three-part beings. We all consist of body, soul, and spirit. When we refuse to acknowledge a third part of our make-up, we create a void that allows evil, prejudice, and hatred to rush in and wreak havoc.

Spiritual influences were present within our educational systems for most of our nation’s history. Many of our major colleges began as theological seminaries. This is a historical fact. What has happened to us as a nation? We have refused to honor God, and in so doing, we open the doors to hatred and violence.

And when something as terrible as Columbine’s tragedy occurs — politicians immediately look for a scapegoat such as the NRA. They immediately seek to pass more restrictive laws that contribute to erode away our personal and private liberties.

We do not need more restrictive laws. Eric and Dylan would not have been stopped by metal detectors. No amount of gun laws can stop someone who spends months planning this type of massacre.

The real villain lies within our own hearts.

Political posturing and restrictive legislation are not the answers.

The young people of our nation hold the key. There is a spiritual awakening taking place that will not be squelched!

We do need a change of heart and a humble acknowledgment that this nation was founded on the principle of simple trust in God!

As my son Craig lay under that table in the school library and saw his two friends murdered before his very eyes — He did not hesitate to pray in school. I defy any law or politician to deny him that right!

I challenge every young person in America, and around the world, to realize that on April 20,1999, at Columbine High School prayer was brought back to our schools. Do not let the many prayers offered by those students be in vain.

Dare to move into the new millennium with a sacred disregard for legislation that violates your God-given right to communicate with Him.

To those of you who would point your finger at the NRA I give to you a sincere challenge. Dare to examine your own heart before casting the first stone!

My daughter’s death will not be in vain! The young people of this country will not allow that to happen!

Sadly, many of the young people a generation later are not only letting it happen, they are demanding it happen.  May God help us!