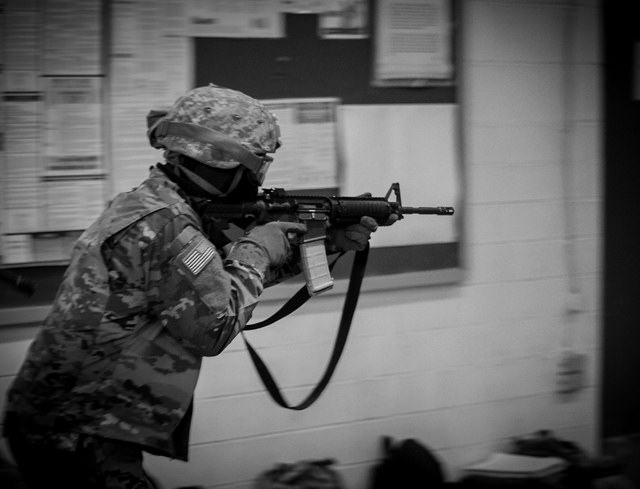 What really happened in Parkland and who is responsible?

As NBC News 5 reports, many students and facility who were at Majority Stoneman Douglas High School during the Valentine’s Day shooting thought it was just a drill after they were told in advance that role-players would be conducting a fake ‘code red’ which is an active shooter scenario.

The exclusive footage obtained by NBC News shows an active shooter drill in which blanks and fake blood were used by students and crisis actors to simulate a code red.

“Cause’ they told us they were going to have like fake, you know, like people being taken away and like have them scream,” one student who attends Majority Stoneman Douglas H.S. told NBC News 5 on the day of the shooting. “They must be fake, like a drill.”

Several other students, a Freshman named Crystal Lanham, and Sophmore Alexis McCourt, participated in one of the thirteen active shooter drills in which McCourt was shot with blanks in the face and had to play dead, fake blood and all.

“I saw the gunman like right in front of me and then I stopped and I meant to run but I was kinda frozen in my spot and he shot me and I died,” McCourt explained. “So.”

Could the Parkland shooting have been just a drill? Did the police load live ammunition instead of blanks or did another element capitalize on the drill and take it live?