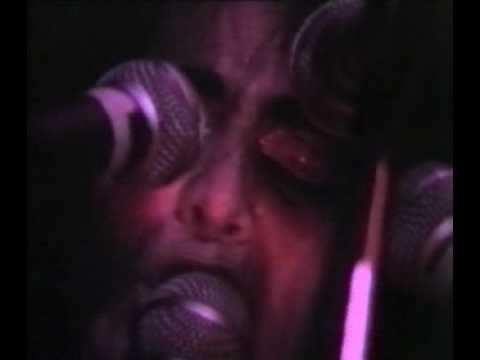 Somewhere in Los Angeles is a dinner club for cannibals, begun in 2007, where those who pride themselves on being “enlightened,” dine on “cuisine” of human meat prepared by their in-house chef.

On Cannibal Club‘s homepage is this Henry Miller quote and a drawing of a woman (Eve?) about to bite into the forbidden apple.

This is how Cannibal Club describes itself and flatters its cannibal clients:

Specializing in the preparation of human meat, Cannibal Club brings the cutting edge of experimental cuisine to the refined palates of L.A.’s cultural elite. Our master chefs hail from around the world for the opportunity to practice their craft free of compromise and unbounded by convention.

At Cannibal Club, we celebrate artistic excellence as the natural and inevitable expression of the unbridled human spirit. [Blah, blah, blah]

Chef de Cuisine Sophie Laffite regularly updates our menu with new and daring culinary experiments. The meat we serve is selected from the young and healthy. Consistent with the practice of cannibalism in many primitive societies, we view anthropophagy as homage to the dead, who are reborn into the bodies of their consumers. Each dish, therefore, is a study in taste and elegance.

And here’s Cannibal Club’s menu for this week:

A document uploaded to ScribD on January 10, 2018, claims to be Cannibal Club’s “November VIP list,” which names Chelsea Clinton, CNN’s openly homosexual anchor Anderson Cooper, actress Meryl Streep of the snake tongue, and pop singer Katy Perry (who admitted she’d sold her soul to the Devil, and whose recent single “Bon Appétit” is about cannibalism) as its VIP diners.

These are the club’s four staff members, whose names most likely are not their real names. I can’t find three of the staff — Blake, Laffite and Connors — using two paid-subscription people-search engines — TruthFinder and Spokeo:

“Elspeth Blake earned her wings in New York’s theatre district, working directly under the famed restaurateur Vincent Sardi, Jr. She moved to L.A. in 1997, where she gathered the talent and investment capital to open Cannibal Club in 2007.”

“Sophie Laffite gained notoriety in culinary circles when she prepared ortalan, an endangered bird thought to represent the soul of France, for the last meal of President François Mitterrand in 1996.”

I searched for “Sophie Laffite President François Mitterrand” and found nothing.

Ortolan (not ortalan) is a rare bird in the bunting family, found in warm parts of Europe, especially the south of France, Italy, Spain and Greece. Killing and cooking ortolans is banned across the EU. In 2014, a group of leading French chefs lobbied the French Government to partially reverse the ban on killing and cooking ortolans. They say they want the right to cook the bird, even if it is only for one weekend of the year.

Eight days before François Mitterrand died from prostate cancer on January 8, 1996, he dined on a last supper of 30 local Marennes oysters, foie gras and capon, washed down with Sauternes and local red wine, before moving on to two ortolans. (The Telegraph)

“A composer and concept artist, Hero Conners left a teaching position at UC-Berkeley in 2000 amid a storm of controversy following a rather graphic political statement he made on issue of nuclear proliferation.”

I searched for “Hero Connors U.C. Berkeley” and found nothing.

“Raven Chan worked with Elspeth Blake and Vincent Sardi, Jr. in New York before travelling to L.A. with Blake to start Cannibal Club. As Service Manager, she handles the daunting task of procuring our specialty meats.”

Given Chan’s Chinese ethnicity, one can’t help but wonder if she procures Cannibal Club’s “specialty meats” from China, where aborted babies are made into soup. (See “Made in China: Aborted babies soup“)

According to the two people-search engines, there is a “Raven T. Chan”, age 25, who was born in October 1992 and lives in an apartment in Long Beach, CA. But it’s anybody’s guess if “Raven T. Chan” of Long Beach is actually service manager Raven Chan, who procures the human meat for Cannibal Club. I doubt it.

Remember how Cannibal Club boasts of its “event nights” when guests are entertained by “avant-garde performance artists, celebrated literary figures, and ground-breaking musicians”?

The club’s “ground-breaking musician” this month is Diamanda Galas, who performs on Friday and Saturday nights.

She is described as a “famed avant-garde performance artist, composer, keyboardist, and vocalist” who is touted by musicologist Susan McClary as “capable of the most unnerving vocal terror” and heralding “a new moment in the history of musical representation.” Galas’ works, which have appeared in mainstream films as Natural Born Killers and Francis Ford Coppola’s Dracula, focus “on themes of suffering, injustice and despair” and “are characterized by visceral shrieks and wails reminiscent of glossolalia” or speaking in tongues.

Here’s a sample of Galas’ screeches and gibberish — sounds from Hell. I suggest you turn the volume way down.