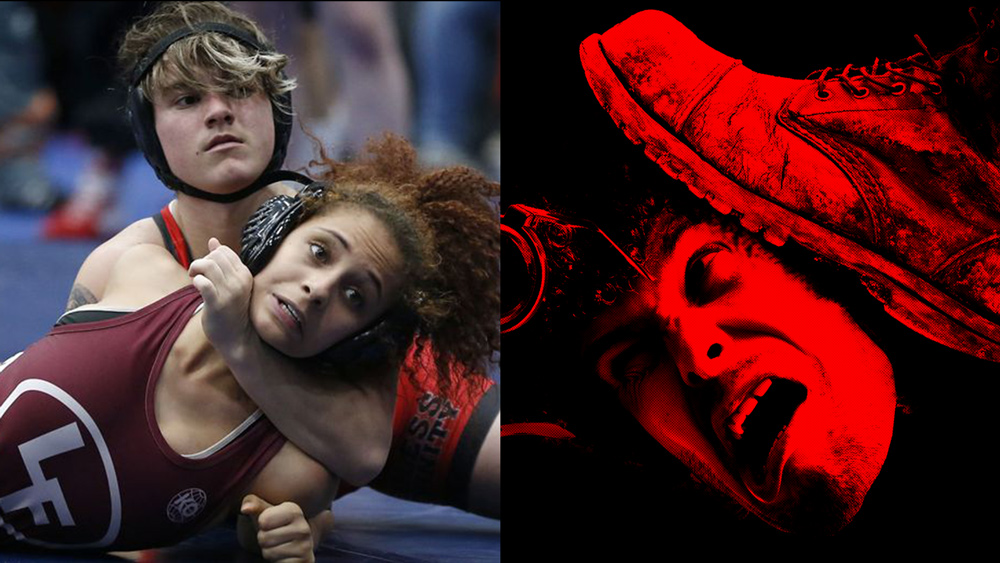 (Natural News) You need to see this photo and share it everywhere.

This one disturbing photo captures the “social justice” future of America if we allow Leftists to gain power and roll out their totalitarian demands for social justice conformity. This photo shows a transgender wrestler named Mack Beggs — who is taking testosterone drugs — winning the  Texas girls’ wrestling championship for the second year in a row. (h/t to Front Page Mag)

As you view this picture, keep in mind how this is cheered by the LGBT lunatics and left-wing nut jobs who literally endorse “beat downs” of women by hormone-enhanced transgenders, all in the name of “social justice.” 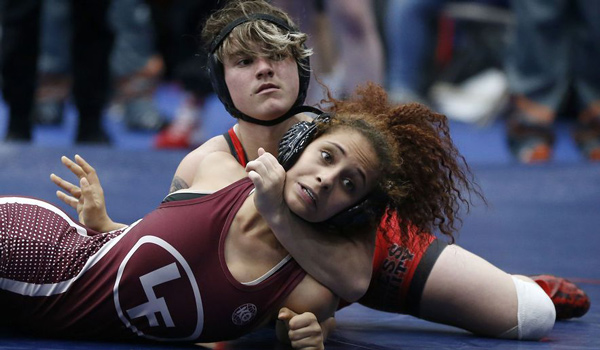 Also note that several girls forfeited the wrestling competition for fear of being permanently injured by Mack Beggs, who is obviously taking on the musculature and strength of a male wrestler.

Liberalism is rooted in insanity, cruelty and ultimately the systematic abuse of women

Liberalism is rooted in delusional thinking and unbounded insanity. The idea that hormone-doped-up “men” should be defeating high school girls on the wrestling mat while “winning” state championships could only make sense to a demented, mentally ill liberal. Yet this is precisely what the “Left Cult” believes.

Look at the photo above and ask yourself: Is this “equality” for a progressive society? Is this “social justice?” How many more women will be beaten on the mat — or in the gyms — in the name of transgenderism and LGBT conformity?

Will there even be any women remaining in sports after the LGBT crybullies get done taking over every institution across society? As PJ Media points out, “transgenderism continues to make a mockery of women’s sports.” That story describes a mediocre male volleyball player in Brazil who decided he wanted to be a “she.” Now, on the women’s volleyball teams, “she” is suddenly a superstar:

Joffre rightfully claims that “the acceptance of trans athletes into women’s sports signals the death knell of women’s sports… All we have now are human sports.” Of course, as he notes, the current phenomenon of trans athletes is only going one way. “No born women are becoming men and then excelling in men’s sports. But the opposite is happening. So we’re just going to end up with volleyball, and no natural women playing. We’re just going to end up with basketball, sprinting, whatever, and no natural women competing.”

Women cannot physically compete against men… Beyond just stealing opportunities from women, these men who are claiming to be women will be erasing real women from the record books. Eventually, at some point in the future, women are going to bemoan the fact that very few (if any) women are enshrined in the record books of sports. The people to blame for the suppression of female athletes are those who refer to themselves as feminists.

Now you know where this is all really headed. Welcome to the future of America if Leftists win elections and gain power. This is the crybully future that’s being deployed right now, where “wife beating” is applauded by the Left; where women have no bathroom privacy against male perverts pretending to be females; and where the Olympics is turned into an “obedience fest” of horrible athletes who are largely chosen because of their LGBT conformity rather than anything resembling competitive skills.

Thanks to LGBT insanity, a bunch of low-level male athletes can demand to be recognized as women, then they can clean up on the court — or on the mat — while stealing all the gold and rewriting all the record books, proclaiming to be “champion women” even while scratching their own biological balls in defiance of logic and reason. Thanks to feminism and LGBT insanity, there will soon be no place left for biological women to compete, meaning all women’s sports will be dominated by biological men in the name of “feminism.” (Yeah, I know, it’s complete lunacy, but that’s feminism: A movement that used to fight for women’s rights but now fights for biological men to beat up women in the name of “inclusiveness.”)

Did you notice how bad the U.S. athletes sucked at the Winter Olympics this year, even though they all said the right things about hating Trump and being sufficiently gay? That’s not a coincidence. The days of “merit-based” athletes are long gone in America, increasingly replaced by a priority for “social justice” and other forms of left-wing bulls##t parading around as “equality.” Sadly, America’s Olympics teams are going to be increasingly dominated by athletically-impaired “social justice warriors” who can’t compete with the merit-based athletes from other countries, where sports performance is the determining factor of who actually makes the team.

It seems unethical to even partake in the watching of such a twisted spectacle. Mark down the Olympics as one more thing the Left has completely ruined for our world, on top of the NFL, Hollywood, Halloween and even “burrito day” at the student cafe. Now, the lunatic Left even says white girls aren’t allowed to practice yoga because that’s “cultural appropriation.” Following the Left’s lunatic logic, why can’t those white girls simply declare, “I’m Indian for the next hour” and do their yoga anyway?

Ultimately, liberalism is about making sure the LGBT mafia stomps on our heads forever, attempting to beat us all to the point of insanity where we no longer recognize biological reality. Once the delusional Left can convince everyone else to share in their dangerous delusions, they’ve WON. Be sure you don’t ever let that happen.

Share the following meme everywhere (and yes, the word “stamping” is correct, we checked it): 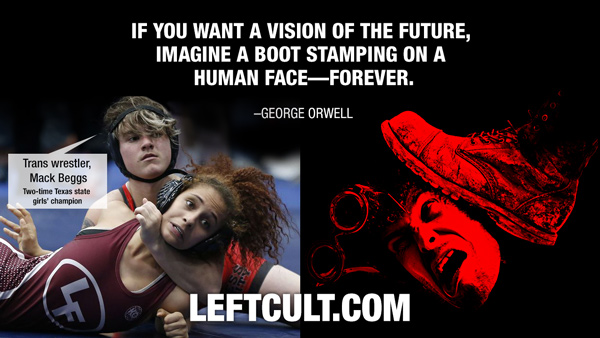 Read LeftCult.com for a daily dose of the sheer insanity of the deranged, lunatic Left and its LGBT mafia agenda.