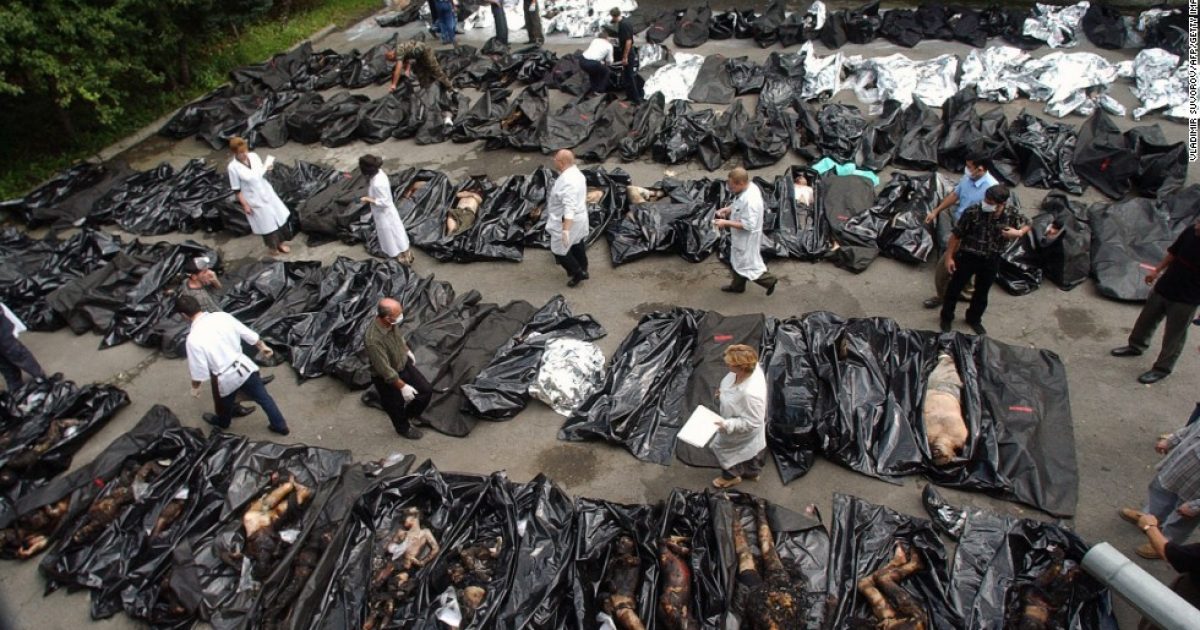 Last week, I addressed Communist Senator Chris Murphy (D-CT) and his lies and propaganda to advance his gun confiscation agenda following the Florida school shooting.  In that piece, I listed several school shootings that occurred all over the world to demonstrate that he was lying through his teeth about school or mass shootings occurring only in the US.

Among those, the top seven shootings occurred outside the US.  Included in those shootings was a shooting that occurred in 2004, in which 334 were killed and 783 were injured.

Where did this travesty take place?  Beslan, North Ossetia-Alania in Russia.

Before we recount what happened there, let us consider the likes of the face of the children’s movement to attack the Second Amendment, gun owners, and the Constitution, David Hogg, Broward County Sheriff Scott Israel and even President Donald Trump as they all seem to be joining hands and singing Kumbaya to implement more gun confiscation efforts.

They really don’t know what they are asking for because if they did, they would look to Russia, which don’t protect God-given rights like keeping and bearing arms.

In fact, according to GunPolicy.org, here are the various gun laws that apply there:

And what was the result of all those restrictions on the freedoms of the Russian people and more specifically those killed and injured in the Beslan school siege?

“The Beslan school siege (also referred to as the Beslan school hostage crisis or Beslan massacre started on 1 September 2004, lasted three days, involved the illegal imprisonment of over 1,100 people as hostages (including 777 children), and ended with the deaths of at least 334 people. The crisis began when a group of armed Islamic militants, mostly Ingush and Chechen, occupied School Number One (SNO) in the town of Beslan, North Ossetia (an autonomous republic in the North Caucasus region of the Russian Federation) on 1 September 2004. The hostage-takers were the Riyadus-Salikhin Battalion, sent by the Chechen warlord Shamil Basayev, who demanded recognition of the independence of Chechnya, and Russian withdrawal from Chechnya. On the third day of the standoff, Russian security forces stormed the building with the use of tanks, incendiary rockets and other heavy weapons. As of December 2006, 334 people (excluding terrorists) were killed, including 186 children.”

You see, the more restrictions you put on law abiding citizens, the more you give the advantage to criminals.  Why?  Because criminals don’t care for the law.

None of these laws stopped Islamic jihadis, who account for the majority of mass shootings two out of the last three years in the US, from obtaining weapons.  Those laws did prevent teachers, staff and others from being armed against them.

Stop, and think about that for just a moment.  Don’t get emotional.  Stay calm, and pass this on to Senator Murphy, David Hogg, President Trump and all the willing accomplices in the media and the children clamoring for more gun confiscation efforts.