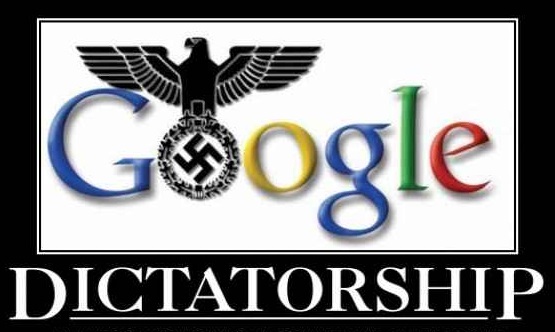 The focus of this regulation is not to order tech giants what content they must allow, but rather to enforce a level content playing field so that a free society can engage in debate, discussion and independent journalism without the constant threat of being bullied, blacklisted or shadow banned by the internet’s wildly biased, left-wing gatekeepers.

In essence, we need “content neutrality” enforcement that prohibits these tech giants from punishing or censoring content simply because the psychologically fragile “crybully” employees who work at those companies can’t handle a point of view they don’t like. Sadly, over the last several years as cultural lunacy has taken over the liberal landscape, tech giants like Google have descended into delusional left-wing cults, dominated by totalitarian weirdos and deranged techno-loonies who believe they alone have the right to determine what content the public sees. (Read details of Google’s bizarre, delusional dystopitardian work environment from James Damore’s shocking lawsuit.)

This was underscored recently when YouTube began wholesale banning or blacklisting of accounts that dared to question the official (false) narrative of the Parkland, Florida high school shooting. Any video that dared to state confirmed facts such as sheriff’s deputies being ordered to stand down was subjected to extra scrutiny and, often, an outright ban.

When tech giants protect one point of view while banning all opposing views, that’s extremely dangerous to any free society

The fact that YouTube, Google, Facebook and Twitter are now picking one point of view while banning all contradictory content is not merely unfair, but dangerous to any democratic society. Who decides which point of view is the “correct” one? How does YouTube glean divine truth in order to justify such decisions in the first place?

More importantly, what is the cost to democracy when one side of every debate is never allowed to participate in any real discussion? Can democracy even exist in such an ecosystem where merely asking unpopular questions gets you permanently silenced and blocked from public discourse? (Answer: The tech giants are following in the footsteps of totalitarian regimes, not freedom-oriented democracies or republics. They despise real debate for the simple reason that the irrational Left can never win any real debates if they’re rooted in facts and reason. Their only remaining tactic is to silence their opposition and thus “win” the argument by eliminating any disagreement.)

The fact that YouTube and other tech giants so easily and quickly decided they had the sole right to banish unpopular views without any real justification proves just how dangerous these techno-monopolies have become. They have now demonstrated they’re willing to exploit and abuse their positions of power in order to systematically suppress information for purely political reasons which have nothing at all to do with genuine violations of “community guidelines.” In essence, YouTube and other tech companies have decided that a “community violation” means “anything with which we disagree.” That’s not merely irresponsible; it’s dangerous.

The First Amendment protects speech from GOVERNMENT oppression, but not censorship inflicted by powerful corporations

The First Amendment was written to protect Americans from totalitarian government that might seek to abolish the right of an individual to express their own thoughts, ideas or religion. Unfortunately, the First Amendment does not restrict politically-motivated censorship by tech companies which are now more powerful than governments in terms of shaping the public debate “ecosystem.” It’s now clear from the nefarious actions of the technology giants that First Amendment-like protections need to be extended to include protections from the oppression of free speech inflicted by technology corporations.

Because of a lack of such protections, myself and nearly every other member of the independent media have all been victims of deliberate, malicious, underhanded actions by Google, Facebook, YouTube and Twitter to silence our views. We’ve all been shadow banned, blacklisted, punished, demonetized or selectively targeted in acts that can only be called severe civil rights violations by the technology giants. These are malicious acts that surely qualify as criminal assaults on the civil rights of individuals, yet they continue to be carried out right now, seemingly immune to government regulation or lawsuits that merely seek content fairness.

Ultimately, I believe that every conservative voice or independent media content creator who has been targeted by these malicious censorship actions should take part in a nationwide class action lawsuit that demands billions in damages from the nefarious, deliberate violations of civil rights that have been maliciously carried out by our nation’s most powerful technology firms. Class action lawsuit discovery would no doubt prove that Google, Facebook and Twitter have systematically and maliciously targeted content solely for reasons of political bias, and that they sought to conceal their malicious agenda through the use of “shadow banning” or search algorithm tweaking that was configured specifically to punish conservative or independent content producers. (Eric Schmidt, for example, has been named the mastermind behind the Clinton-coordinated “fake news” narrative that further sought to silence and blacklist independent media sources.)

Google is EVIL, and it’s time to defeat evil across the ‘net

Simply stated, Google is pure evil. Facebook is evil. Twitter is evil. Worse yet, they are malicious in their intent, demonstrating no regard whatsoever for the very fabric of a democratic nation which is rendered utterly unsustainable when the voices of half the citizens are silenced by decree. If these techno-tyrants are capable of such dangerous abuse of power that threatens the very fabric of our society, they must be heavily regulated and exposed for their vile Orwellian tactics.

Today, I call on all lawmakers and regulators across America to take aim at the technology giants that are threatening our democracy. Force them to halt their deliberate, malicious censorship and hit them with multi-billion-dollar fines for their systematic abuse of the civil rights of targeted Americans. Enact legislation that demands a level playing field for content, perhaps calling it “content neutrality.”

It’s time that the techno-tyranny which has plagued America for at least the last decade be brought to an end. It’s time to once again celebrate free speech… especially including speech which may be unpopular or run contrary to the status quo. After all, if Google News is just a compilation of 1,000+ mainstream news sources that are all repeating the exact same fake news talking points, what use is it to society anyway?

Check Censorship.news for more coverage of this important topic.