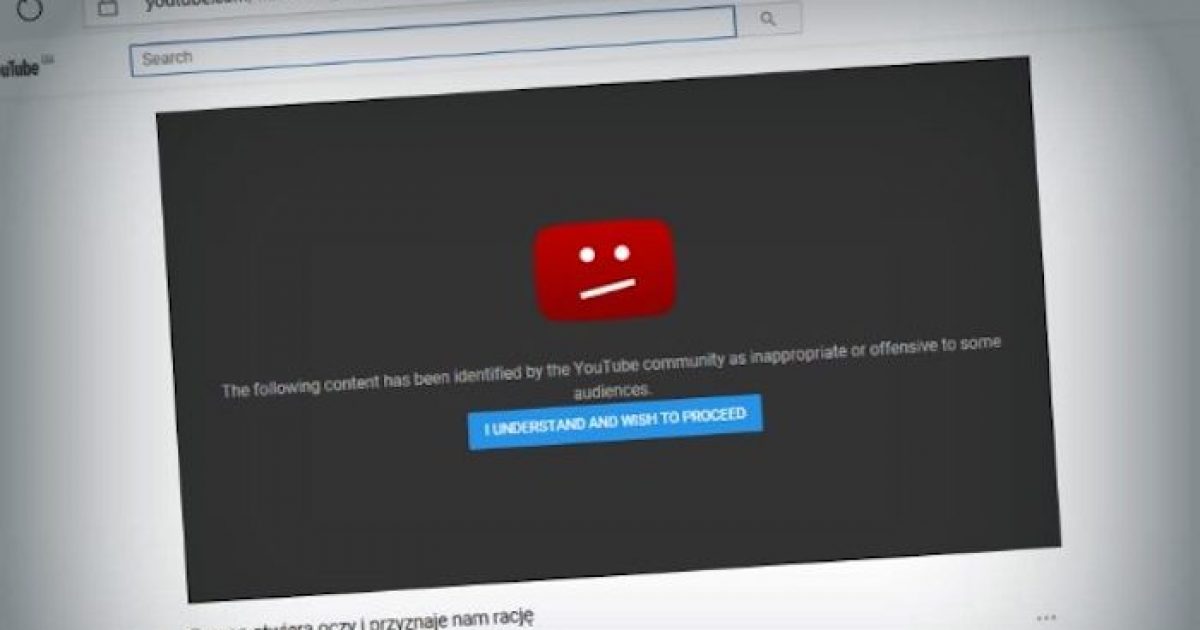 The Southern Poverty Law Center libels and defames those who are calling attention to the nature and magnitude of the jihad threat by lumping us in with the likes of the KKK and neo-Nazis.

Then compounding that defamation is the fact that the establishment media uniformly acts as if the SPLC were an impartial and reliable arbiter of what constitutes a “hate group” and what does not, and the social media giants rely on them for such judgments, as in this case.

In reality, the SPLC is simply a smear machine in service of a hard-Left, pro-jihad agenda, but YouTube and Google and Facebook and Twitter and the New York Times and the Washington Post and CNN don’t care about that and continue to have recourse to it.

And so a totalitarian lockstep is descending upon the American people, and most of them neither notice nor care.

As someone on the SPLC’s hit list, and because the SPLC is very concerned about the fiction of “Islamophobia” and not about jihad terror at all, I myself have been smeared and defamed and marginalized, and will before too long be silenced altogether.

But that won’t, alas, keep the jihad from advancing.

The Southern Poverty Law Center is assisting YouTube in policing content on their platform, The Daily Caller has learned.

The left-wing nonprofit — which has more recently come under fire for labeling legitimate conservative organizations as “hate groups” — is one of the more than 100 nongovernment organizations (NGOs) and government agencies in YouTube’s “Trusted Flaggers” program, a source with knowledge of the arrangement told TheDC.

All of the groups in the program have confidentiality agreements, a spokesperson for Google, YouTube’s parent company, previously told TheDC. A handful of YouTube’s “Trusted Flaggers,” including the Anti-Defamation League and No Hate Speech — a European organization focused on combatting intolerance — have gone public with their participation in the program. The vast majority of the groups in the program have remained hidden behind their confidentiality agreements….

The SPLC has faced criticism for its cavalier definitions of “hate group” and “extremist.” The organization stoked controversy in 2015 by labeling Dr. Ben Carson, now the Secretary of Housing and Urban Development (HUD), an anti-gay “extremist.” After a backlash, the SPLC reversed its ruling and apologized to Carson….

The Washington Examiner’s Emily Jashinsky noted last year that “the SPLC’s claim to objectivity is nothing less than fraudulent, a reality that informed observers of its practices from both the Left and Right accept.”

“The routine of debunking their supposedly objective classifications occurs like clockwork each time a major outlet makes the mistake of turning to them when reporting on the many conservative thinkers and nonprofits the group absurdly designates as hateful.”

The SPLC has faced tough criticisms not just from conservatives but from the mainstream press as well.

“At a time when the line between ‘hate group’ and mainstream politics is getting thinner and the need for productive civil discourse is growing more serious, fanning liberal fears, while a great opportunity for the SPLC, might be a problem for the nation,” Politico Magazine’s Ben Schreckinger wrote last year….