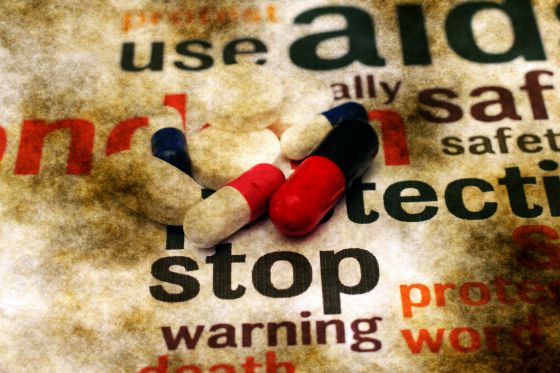 For years, the opioid addiction and overdose crisis has been headline news across the United States, and rightly so. In 2012, 241,000 privately insured patients had an “opioid dependency diagnosis.” By 2016, that number had ballooned to 1.4 million, not including individuals on state-sponsored healthcare. Also in 2016, over 14,000 people died as a result of overdosing on traditional opioids like Percocet and Oxycontin.

The ongoing health epidemic continues to dominate the news cycle and politicians’ agendas, but there is another pharmaceutical crisis that receives far less attention. While opioids are highly addictive and dangerous, a separate class of legal drugs is also creating widespread dependency and fostering an increasing number of deaths: benzodiazepines.

Benzodiazepines, often referred to as “minor tranquilizers,” were first developed in the 1950s and became in-demand drugs by the 1960s, continuing to surge in popularity through the 1980s. They include widely-known and used drugs like Xanax, Valium, Klonopin, and Ativan and are used largely to treat anxiety disorders and insomnia.

Over the decades, their use has continued to explode. In 2010, Xanax was the most prescribed mental health drug in the United States, issued 46 million times (note: this is a separate statistic from the number of people receiving prescriptions, as cited in data below). In 2016, antidepressants and surged but Xanax kept the top spot in the “sedative, hypnotic and anti-anxiety category,” the Scientific American reported at the time.

As the Chicago Tribune reported this week, citing data from Dr. Anna Lembke, an associate professor of psychiatry and behavioral sciences at the Stanford University School of Medicine:

“Prescriptions for benzodiazepines increased by 67 percent between 1996 and 2013, from 8.1 million to 13.5 million. The quantities of drugs obtained with these prescriptions more than tripled during that same period…”

As Lembke noted in her recent paper documenting the problem, published in the New England Journal of Medicine this month, in 2012, “U.S. prescribers wrote 37.6 benzodiazepine prescriptions per 100 population.”

Government-run health care programs have also expanded their coverage of this class of pharmaceuticals. “Medicaid expenditures on benzodiazepines increased by nearly $40 million between 1991 and 2009, even as the price of benzodiazepines generally fell, suggesting greater utilization,” Lembke wrote.

This is ultimately unsurprising considering the vast amount of money pharmaceutical companies spend lobbying Congress. In 2017 alone, the industry spent almost $278 million lobbying Congress and other federal agencies, and since 1998, it has spent $3.7 billion. The pharmaceutical industry spent more money than all other lobbies, both in 2017 and the 19-year period between 1998 and 2017.

Regardless, the Chicago Tribune noted that as a result of increases in prescriptions, “more people are becoming addicted to benzodiazepines and falling victim to overdose. Overdoses involving the drugs multiplied sevenfold between 1999 and 2015, increasing from 1,135 to 8,791 deaths.”

As the New York Times noted in 2011, “The Centers for Disease Control and Prevention last year reported an 89 percent increase in emergency room visits nationwide related to nonmedical benzodiazepine use between 2004 and 2008.”

Writing for Stat News last week, Lembke emphasized the growth of the problem, adding that despite the dangers of prescribing benzodiazepines with opioids at the same time, doctors have increasingly done just that:

The problem is further complicated by the fact that benzodiazepines are best used intermittently but that too often, they are prescribed for daily use over long periods of time. As Lembke wrote:

“Most doctors don’t realize how addictive benzodiazepines can be for some people and, because they don’t know better, prescribe them long term and without safety monitoring, like checking the prescription drug monitoring database. In addition to addiction and death, long-term use of benzodiazepines can also contribute to cognitive decline, accidental injuries, and falls.”

Controversy erupted in 2010 when previously unreleased government documents revealed that despite preliminary research in the early 1980s suggesting tranquilizers could cause brain damage similar to the effects of long-term alcohol use — and despite recommendations from the British Medical Research Council that more research be conducted — such research was never sufficiently conducted.

Withdrawal from benzodiazepines is also severe and potentially deadly (it has been described as more difficult to go off of than opioids). According to a 1994 review published in the journal Addiction, symptoms include “sleep disturbance, irritability, increased tension and anxiety, panic attacks, hand tremor, sweating, difficulty in concentration, dry wretching and nausea, some weight loss, palpitations, headache, muscular pain and stiffness and a host of perceptual changes. Instances are also reported within the high-dosage category of more serious developments such as seizures and psychotic reactions.”

With potential treatment alternatives for anxiety disorders emerging, including everything from meditation and yoga to cannabidiol (CBD), a nonpsychoactive cannabinoid, there is all the more reason for Americans to take note of the rising threat of benzodiazepine addiction and break away from yet another Big Pharma monopoly over their health.

Stock Market Falling Apart Like A 20 Dollar Suit As Fear Sweeps Through Wall Street
May 19th, 2022 Sons of Liberty Media