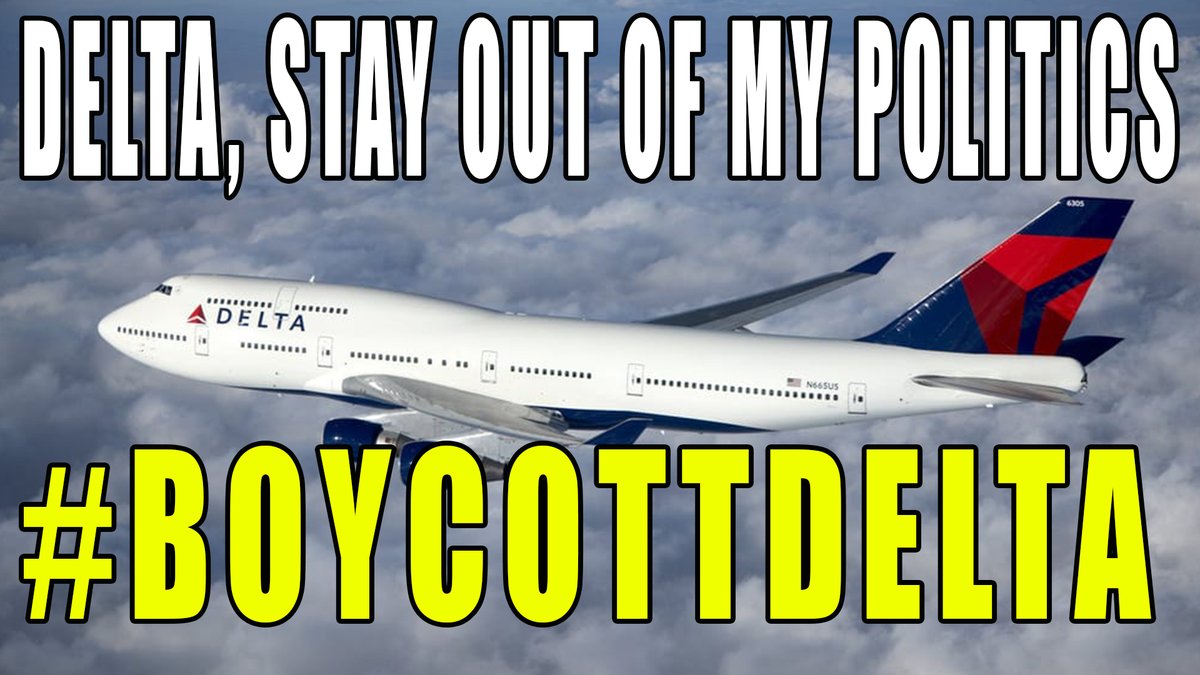 In the wake of the horrible mass shooting at Marjory Stoneman Douglas, the left quickly moved to blame the National Rifle Association (NRA) for the violence.

The NRA is among the most famous conservative organizations in America, and they specifically defend every Americans’ 2nd Amendment right to keep and bear arms. For this reason, the NRA has always been a target of the left, and will likely continue to be a target for as long as they continue to fight for our liberty.

However, the reality is that the NRA has nothing to do with such terrible crimes as the shooting we saw at Douglas High School. The NRA is actually a collection of some 5 – 14 million American citizens who spend their money and their time defending every Americans’ liberty.

This truth hasn’t done anything to slow the hatred and vitriol being spewed by the left. They’ve called law abiding gun owners every name under the sun, and even worse, the media has allowed it to go unchecked.

Almost immediately after the shooting, leftist activists took to social media to call for boycotts of the NRA and any company doing business with the NRA.

Thank you for contacting us! All three of our brands have ended the discount for NRA members. This change will be effective March 26. Thank you again for reaching out. Kind regards, Michael

A handful of companies quickly folded to the pressure including Enterprise Rent a Car, AVIS, Budget, Alamo, National Car Rental, Hertz, Metlife, First National of Omaha, and the hotel chain Wyndham Worldwide. After that Delta Airlines, United Airlines, and Dick’s Sporting Goods added their names to the list of haters, as did several other companies.

Meanwhile, companies that have chosen not to fold to the pressure, like FedEx, have face withering criticism from enraged leftists. But that pressure hasn’t been felt in their bottom line.

While FedEx has refused to abandon their NRA-supporting customers, they have sadly “bent” to the will of the left by releasing this nonsensical statement about banning assault rifles (which are already illegal).

Here's FedEx saying they want to ban assault rifles (which are already banned) and "large capacity magazines" (which they don't define) but won't drop the NRA from their partners program. https://t.co/PefHuQBSbu

As of now, the only companies who are feeling the fallout from the NRA boycott in their bank accounts are the businesses that bailed on the NRA and its members.

After the Parkland, Fla., high school shooting, several prominent companies ended their businesses relationships with the National Rifle Association — and some are facing backlash in public opinion, according to a new poll. A Morning Consult survey of 2,201 U.S. adults conducted Feb. 23-25 found increases in negative views of businesses that severed ties with the NRA after consumers learned of them. The poll’s margin of error is plus or minus 2 percentage points. MetLife Inc., the insurance giant that ended a discount for NRA members last week, had a 45 percent favorable rating, compared to a 12 percent unfavorable rating, before survey participants were informed of that move. After learning of it, respondents with an unfavorable view of the company doubled to 24 percent, while its favorability rating was unchanged…

Unfavorability ratings for the three major rental car brands associated with Enterprise Holdings Inc. — Enterprise Rent-A-Car, Alamo and National Car Rental — all more than doubled among surveyed adults after they learned about the companies ending discounts for NRA members.

It seems that the decision to join the political fracas has backfired on these companies. It’s shocking that these businesses would forget that conservatives also make use of their products or services. Why in the world would you decide to proactively alienate a huge swath of your consumer base in an effort to placate a few random nutjobs on the Internet?

It’s nonsensical, and now these companies are paying the price.

Dick’s Sporting Goods (and Field & Stream) and Walmart became two of the most unlikely and important businesses to take a stand for the left, when they both decided to side with the gun grabbers against the 2nd Amendment.

The New York Times has more on this decision and on Walmart’s decision to follow suit.

Two of the nation’s leading gun sellers, Walmart and Dick’s Sporting Goods, took steps on Wednesday to limit their sales of firearms, thrusting themselves into the middle of the polarizing national debate over gun control.

Walmart, the biggest gun seller, announced late in the afternoon that it would not sell any gun to anyone under 21 years of age. It also said it would no longer sell items resembling assault-style rifles, including toys and air guns.

Early in the day, Dick’s said it was immediately ending sales of all assault-style rifles in its stores. The retailer also said that it would no longer sell high-capacity magazines and would also require any gun buyer to be at least 21, regardless of local laws…

This is not the first time that Dick’s has made changes in response to a school massacre. In 2012, after a gunman killed 26 people at Sandy Hook Elementary School in Newtown, Conn., Dick’s removed assault-style rifles from its main stores. But a few months later, the company began carrying the firearms at its outdoor and hunting retail chain, Field & Stream.

As of Wednesday morning, the company said, AR-15-style and other semiautomatic rifles will no longer be sold in its 35 Field & Stream stores or on its websites. And this time, Mr. Stack added, the changes will be permanent.

Now, I’m never going to tell our readers how they should spend their money, but I will happily tell you that I will no longer be spending my hard-earned dollars at either Dick’s or Walmart.

The move to discriminate against law abiding citizens by not selling long rifles to 18-20 year olds is illegal, and you can bet it will be challenged in court. Think of it: if a baker can be forced to sell a cake against their religious convictions, how can Dick’s or Walmart refuse service to a 20-year old based solely on his age? They cannot. The gun is not illegal (like alcohol), and therefore if Dick’s and Walmart want to keep selling their firearms…they will most certainly have to sell them to law abiding citizens between the ages of 18 and 20.

I fully expect that all of these companies will continue to feel the negative effects of their ridiculous decision to join with the fascist left, particularly Walmart, who caters mostly to rural and suburban Americans in Middle America, and not to the left wing elites on the coasts. One company more than any other is feeling the pain of their foolish decision almost immediately.

The company facing the most impactful fallout from their decision to join the ranks of the rabid left is most definitely Delta Airlines, who on Thursday lost an important (we’re talking MILLIONS of dollars) tax break from the state of Georgia on Thursday.

Pro-gun Republicans in the Georgia legislature have won a political victory over Delta Air Lines, denying the company a hefty tax break after it cut ties with the National Rifle Association in the wake of a deadly shooting at a Florida high school.

The state House and Senate passed by large margins Thursday a sweeping tax bill the GOP amended to strip out a sales tax exemption on jet fuel. Atlanta-based Delta would have been the prime beneficiary.

The measure now goes to the desk of Republican Gov. Nathan Deal, who criticized the “unbecoming squabble” on Wednesday but said he would sign the tax bill into law in whatever form it passed.

Lt. Gov. Casey Cagle and other Republicans vowed to kill the Delta tax break after the airline announced it would no longer offer discounted fares to NRA members.

Leftwing activists aren’t content with the chaos they’ve already caused and they plan to continue pressuring businesses to abandon the NRA and its members for the foreseeable future. Boycotts of Apple, Amazon, and FedEx were planned for Thursday, and if we know anything about these activists, they will continue to use social media (and their friends in the mainstream media) to make it seem as if they are the majority.

Under pressure from American consumers, nearly two dozen companies— including Delta Air Lines and Hertz — have cut ties with the National Rifle Association in the two weeks since the mass shooting at Marjory Stoneman Douglas High School in Parkland, Florida.

But three huge corporations — FedEx, Amazon, and Apple — have either stayed silent or said they are continuing their NRA partnerships. Amazon and Apple have come under fire from gun-control activists because the two tech giants offer the gun-lobbying group’s TV channel as part of their streaming services. FedEx has a discount program for NRA members.

In response, some consumers have begun canceling their Amazon Prime accounts, stopping their use of FedEx to ship items, and boycotting Amazon and Apple products. Several activists and celebrities also organized a 24-hour boycott of the three companies on Thursday.

The left may plan their boycotts, and for a while it may seem like they are an unstoppable force, but the poll numbers that we’ve cited above prove that they are actually in the minority. Think of it, Enterprise Rent-A-Car saw their Net Unfavorability rise 63 points almost overnight. That means that the vase majority of Americans now have an UNFAVORABLE view of their company, and with many other options in the rental car market, the decision to abandon the NRA will cost Enterprise millions.

The left may be “the squeaky wheel” in our political debates, but they are not the financial power behind our nation’s commercial sector. These companies are only hurting themselves with their foolish, partisan boycotts, and they’d do well to keep their focus on their businesses, not on our political debates — particularly when it comes to something as personal and beloved as our 2nd Amendment rights.

While every American mourns the loss of innocent life, especially our cherished children, the majority of us understand that freedom can be dangerous. We cannot sacrifice our freedom for the illusion of security. Thankfully, this is still a sentiment that most Americans agree with (though sadly, that number is shrinking).

Americans still cherish the 2nd Amendment, and they still value their freedom. As long as this is true, the left will continue to fail at their attempts to disarm us and strip us of our liberty.