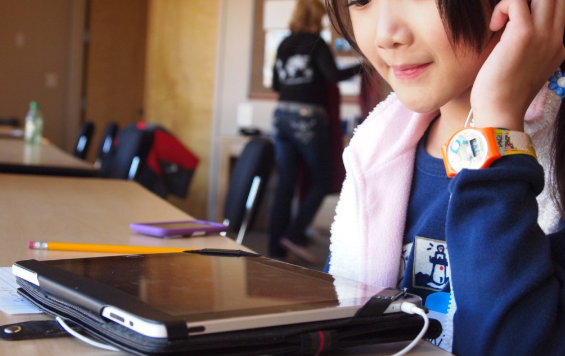 (Natural News) Today’s children have more technology at their disposal than any generation before them, and it’s a bit of a double-edged sword. Some parents might marvel at the wide range of educational apps available that claim to help children boost academic skills, but that won’t count for much if they can’t even master the basic skill of writing.

A study carried out by the Heart of England Foundation NHS Trust found that young children are entering school without the hand strength and dexterity needed to hold their pencils due to the widespread overuse of touchscreen tablets and phones. The ability to grip and move a pencil requires a strong control over the fine muscles in the fingers, and children who are constantly using touchscreens don’t get the opportunity to develop these essential skills.

Parents have no one to blame but themselves, according to British pediatricians. Many parents find it easier to park their kids in front of an iPad than to encourage them to build with blocks or participate in other activities that build hand muscles such as coloring.

One mother recounted to the Guardian how her son’s school contacted her because he was “gripping his pencil how a caveman held sticks.” He was unable to get a proper grip to write, and the six-year-old is now attending weekly occupational therapy session to develop strength in his fingers.

She said she regrets giving him so much technology to play with and not enough traditional toys, and she reports that she is now very strict about his access to technology at home. It’s a story that is all too common, with pediatric occupational therapist Mellissa Prunty reporting that the number of children who are developing handwriting late is on the rise because of technology.

Limiting screen time has many benefits

Even if your child manages to hold a pencil properly, there are other reasons to limit screen time. Developmental experts are warning that the explosion in tablet use is harming children’s social and physical development. Rising number of children – including some as young as four – are being treated for compulsive addictive behavior after exposure to the internet and digital devices since birth. In addition, screen time has been linked to speech delays in children.

The use of mobile devices is also a factor in the childhood obesity epidemic. The number of children who are obese is ten times higher than it was just four decades ago, with obese children across the planet now exceeding 124 million. While poor nutrition is part of the equation, insufficient exercise is also playing a big role as kids spend more time glued to their tablets than they do running around outside.

The rise in nearsightedness in recent years is also being attributed to children spending too much time looking at screens and not enough time outdoors. Studies show that children who live in urban areas are twice as likely to be myopic as those who live in rural areas. The American Academy of Ophthalmology says that spending more time outdoors can reduce children’s chances of developing nearsightedness. In one study, every extra hour a child spent outdoors each week reduced their risk of nearsightedness by 2 percent.

Not only are today’s tech-obsessed kids lacking fine motor skills and time outdoors, but they are also being exposed to dangerous Wi-Fi and missing out on the chance to form social connections.

Speaking at the Association of Teachers and Lecturers’ annual conference, teacher Colin Kinney said: “I have spoken to a number of nursery teachers who have concerns over the increasing numbers of young pupils who can swipe a screen but have little or no manipulative skills to play with building blocks or the like, or the pupils who cannot socialise with other pupils but whose parents talk proudly of their ability to use a tablet or smartphone.”

See Glitch.news for more coverage of problems with technology.