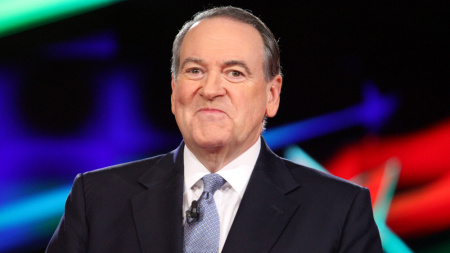 On March 1, 2018, less than a day after the announcement of his election to the Country Music Association (CMA) Foundation board of directors, former Arkansas governor Mike Huckabee was forced to resign because of criticisms from CMA members and country music fans about his politics and National Rifle Association (NRA) membership.

The CMA Foundation is the charitable arm of the Country Music Association, devoted to growing and supporting music education programs across the country. Its board consists of 12 members.

Country music executive and CMA board member Joe Galante explained in a statement that Huckabee was elected to the position because the Foundation could benefit from the knowledge gained during Huckabee’s extensive political career: “Gov. Huckabee led an impressive administration while serving the state of Arkansas and his policy experience with education reform is something we are fortunate to be able to learn from.”

But Huckabee’s election to the board immediately sparked virulent criticisms from CMA members, as well as hundreds of comments from outraged fans on social media, many of which are threatening to boycott the CMA, CMA Music Festival and country music as a whole.

Calling Huckabee’s appointment a “grossly offensive decision,” Jason Owen, the homosexual co-president of Monument Records and owner at Sandbox Entertainment, threatened in an email to CMA’s CEO Sarah Trahern and CMA Foundation executive Tiffany Kerns that neither Owen’s companies nor anyone they represent would continue to support the CMA Foundation.

Owen and his husband Sam are fathers to a young son and are expecting twins. Owen said that Huckabee’s stance on the LGBTQ community “made it clear my family is not welcome in his America. The CMA has opened their arms to him, making him feel welcome and relevant. Huckabee speaks of the sort of things that would suggest my family is morally beneath his and uses language that has a profoundly negative impact upon young people all across this country. Not to mention how harmful and damaging his deep involvement with the NRA is. What a shameful choice.”

CMA member Whitney Pastorek, who is the manager of Sugarland, wrote this email to CMA executives:

“What a terrible disappointment to see (the CMA Foundation’s) mission clouded by the decision to align with someone who so frequently engages in the language of racism, sexism, and bigotry. While Gov. Huckabee’s tenure in Arkansas may have resulted in valuable education reform over a decade ago, I find his choice to spend the past ten years profiting off messages of exclusion and hatred (not to mention the gun lobby) to be disqualifying.”