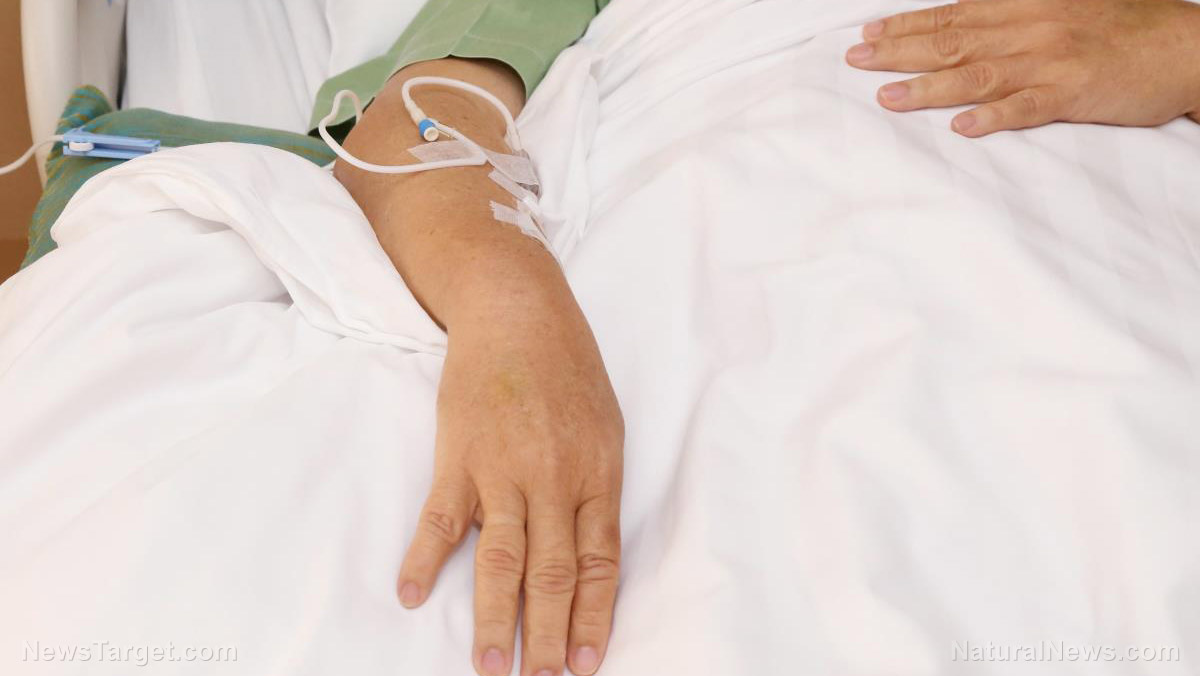 (Natural News) Saline solutions have a wide range of medical uses, with one of the most prominent being in intravenous (IV) infusion. However, new research has revealed that switching from saline to a different intravenous fluid could make a major difference in the lives of patients. On top of decreasing the number of kidney failure cases, using something other than saline could also improve a patient’s chances of survival.

To arrive at this conclusion, Vanderbilt University Medical Center researchers carried out two different studies between 2015 and 2017. The first had them observing more than 13,000 patients who were admitted into the emergency department (ED); the other study involved examining over 15,000 intensive care unit (ICU) patients. In both studies, the patients were given either IVs of saline or balanced crystalloids.

For the ED patients, the saline and balanced crystalloids had no impact on the number of hospital-free days, which was defined as the number of days alive following discharge prior to the 28th day. However, the researchers found that the patients who were administered balanced crystalloids were less likely to experience major adverse kidney events (4.7 percent against 5.6 percent) within the span of a month.

A similar effect was noted among ICU patients. Of the 7,942 patients who’d received balanced crystalloids, only 1,139 or 14.3 percent went through a major adverse kidney event. By comparison, around 1,211 out of 7,860 saline patients, or 15.4 percent, underwent this. Persistent renal dysfunction was more prominent in the saline group (6.6 percent versus 6.4 percent), as was the occurrence of new renal replacement therapy (2.9 percent against 2.5 percent). Moreover, those in the saline group had a greater in-hospital mortality rate (11.1 percent) when measured against those in the balanced crystalloids group (10.3 percent).

In addition to the lower incidence of kidney failure and death, the balanced solution has chloride and sodium concentrations that were much closer to regular blood levels than saline solution. The higher concentrations of sodium and chloride in saline makes it near identical to table salt. (Related: 10 Common Habits That Seriously Damage Your Kidneys.)

The researchers have estimated that swapping out saline could cut back the number of yearly kidney failure cases in the U.S. by as much as 100,000. Furthermore, as many as 70,000 lives could be saved by making this simple change.

“The difference, while small for individual patients, is significant on a population level. Each year in the United States, millions of patients receive intravenous fluids,” said study author Dr. Wesley Self. “When you look at the millions and millions of patients that have fluids given to them every year in the U.S., a one percent difference for each patient starts to be a big number when you multiply it out by millions.”

Due to these findings, Vanderbilt University Medical Center has since opted for balanced solutions instead of saline solutions in their IV bags. Fortunately, the balance fluids utilized by Vanderbilt University Medical Center command the same price as the saline solution.”Because balanced fluids and saline are similar in cost, the finding of better patient outcomes with balanced fluids in two large trials has prompted a change in practice at Vanderbilt toward using primarily balanced fluids for intravenous fluid therapy,” explained Assistant Professor of Medicine, and Dr. Self’s colleague, Dr.Matthew Semler.

He added: “There are tens or hundreds of thousands of patients who would be spared death or severe kidney problems by using balanced fluids instead of saline.”

Far from being the only institution to make this drastic change, the University of Pittsburghhas followed suit. Dr. John Kellum, a critical care specialist who played no role in the study, stated that he and his constituents had been “sounding the alarm for 20 years” on the detrimental effects of saline. Regardless, Kellum has expressed relief that the potential harm caused by saline has been acknowledged and put out to raise public awareness.

Go to Medicine.news to stay up to date on news about medicine and the healthcare industry.