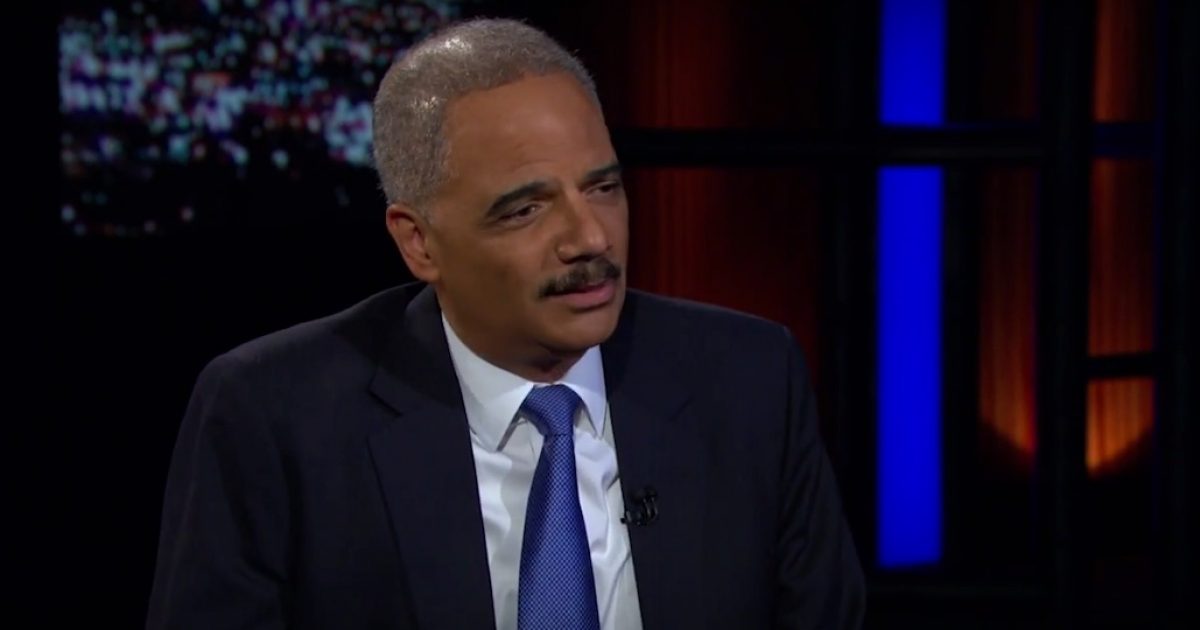 Here’s the first problem, you have to impeach the guy before you can charge him with anything.  Still, the man that was held in contempt of Congress because he was trying to coverup his role in Operation Fast and Furious

in which he and the ATF knowingly allowed thousands of guns, many of them his Party wants to ban, be trafficked across the border into the hands of Mexican drug cartels, has come and claimed that Special Investigator Robert Mueller has prepared charges against President Donald Trump.

Mueller is holding back on charging Trump until he can make sure he has the president dead-to-rights, Holder, who served under former President Barack Obama, said Friday night on HBO’s “Real Time with Bill Maher.” He has made similar arguments in the past regarding Trump’s behavior.

“You technically have an obstruction of justice case that already exists,” said the former Obama Attorney General.  “I’ve known Bob Mueller for 20, 30 years; my guess is he’s just trying to make the case as good as he possibly can. So, I think that we have to be patient in that regard.”

Nevermind, Holder’s continued obstruction of justice with his contempt of Congress and not turning over subpoenaed documents, which Barack Hussein Obama Soetoro Sobarkah covered for via executive action.

However, the problem is that Mueller cannot make any formal charges against Trump while he is in office.  Even liberal Harvard Law Professor Alan Dershowitz acknowledges this.

Of course, when Donald Trump got wind of Holder’s claims, he tore into him.

“I don’t want to get into loyalty, but I will tell you that, I will say this: Holder protected President Obama. Totally protected him,” Trump said in the New York Times interview. “When you look at the things that they did, and Holder protected the president. And I have great respect for that, I’ll be honest.”

But Holder told Maher, “The difference between me and Jeff Sessions is that I had a president I didn’t have to protect.”

Is that why we’ve documented nearly 1,200 of Obama’s lying, hypocrisy, lawbreaking, cronyism, and waste?  No, Eric Holder covered just as much for Obama, if not more, than Loretta Lynch did.

Fine, if Bob Mueller has charges in the wings, let him bring them forward.  Otherwise, Holder is all about nothing.  I’m wondering why he is still considered relevant?  He helped to put weapons in the hands of Mexican drug lords that resulted in the deaths of two federal agents, a Mexican beauty queen and hundreds of Mexicans.  Why is this man going on any TV show pontificating about anything?  He should be in handcuffs facing a trial!