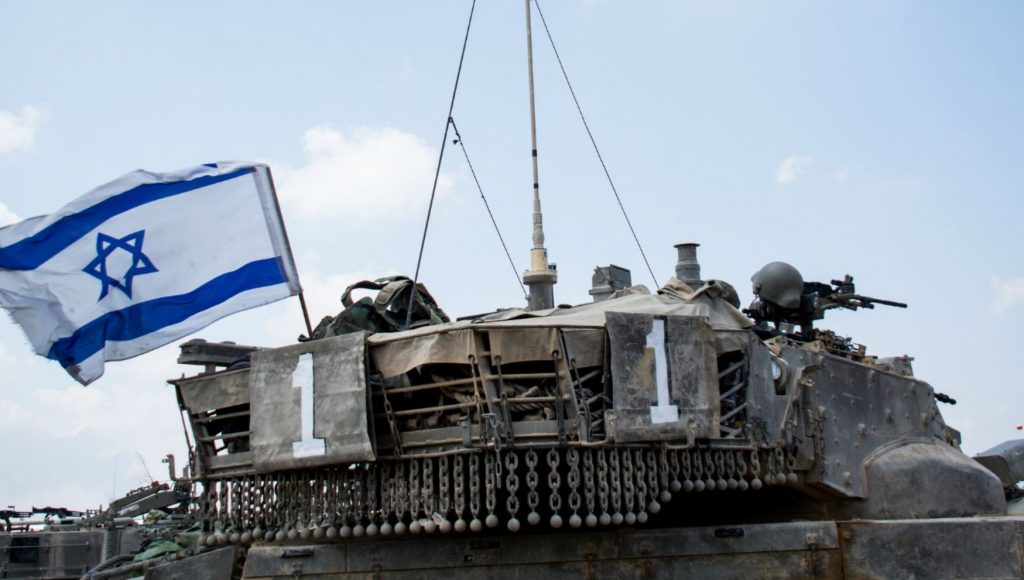 Israel has long been known to provide support to terrorists operating in Syria ever since the crisis began in 2011. From providing medical support to terrorist fighters as well as training and intelligence and even some amount of weaponry and logistics, the Israelis have openly supported the so-called rebels in their efforts to overthrow the secular government of Bashar al-Assad. Indeed, Israeli airstrikes on Syrian military and/or allied military positions in support of terrorist factions are the most obvious means of support with Israel having struck Syria around one hundred times since the beginning of the war.

However, while all this information is well known, more evidence has emerged that Israel is now providing terrorists with even more direct support and weaponry that it had done previously.

In an article by Elizabeth Tsurkov, “Israel’s Deepening Involvement With Syria’s Rebels,” posted on War On The Rocks on February 14, 2018, Tsurkov reveals that Israel is becoming even more active in arming terrorists on Syria’s border (in reality, Syria’s own territory) that will be then used in Syria itself. She writes,

Another major shift in Israeli policy occurred during this time as well, according to Syrian activists and rebels I have interviewed, as well as pro-regime and opposition media reporting. Rebels from Quneitra and western Daraa, as well as media activists in those regions with ties to the rebels, told me that Israel began providing more military support to a greater number of rebel groups affiliated with the Free Syrian Army. This support came in the form of weapons, ammunition and money to purchase weapons on the black market. All of my sources confirmed the identity of at least seven factions receiving Israeli support, on the condition that the groups would not be named. However, two of these groups have been publicly identified before: Liwaa’ Fursan al-Jolan and Firqat Ahrar Nawa. Israeli officials have vehemently denied support to jihadist groups, leaving open the possibility that the government supports these non-jihadist groups.

Some of the groups that started getting Israeli support in late 2017 were previously supported by the Military Operations Command, a CIA-directed center in Amman. Until January 2018, this center paid the salaries for tens of thousands of Free Syrian Army “Southern Front” fighters and provided them with materiel and ammunition. The Trump administration’s decision to shut down the center left rebel factions in southern Syria in desperate need for alternative sponsors.

Israel previously provided assistance to the besieged Beit Jann pocket in western Damascus, transferringmedicine, medical equipment, food and diapers. Israel also provided cash to Iyad Moro, a former rebel commander and Israel’s contact person in Beit Jann, for the purchase of weapons on the black market, according to a rebel whose faction was operating in the area. As the Assad regime intensified its assault on the besieged area,Israel permitted several dozen rebels from Daraa and Quneitra to cross through the occupied Golan to Beit Jann in December 2017. This crossing was reported in the pro-Hizballah daily al-Akhbar and confirmed to me by four rebels in southern Syria.

Following the surrender of the Beit Jann pocket, some of these fighters were evacuated back to their homes in southern Syria through regime territory, while other rebels left for rebel-held Idlib. A third group, the largest, “reconciled” with the Assad regime and remained in their homes. Israel’s apparent involvement in the “reconciliation” negotiations ensured that these fighters will now serve as a regime-approved militia under Moro’s command, tasked with keeping both rebels and Iranian proxies away from the border fence. This agreement could possibly serve as a blueprint for future deals in southern Syria, which would aim to secure regime and Israeli interests, at the expense of both Iran and the rebels.

Tsurkov also mentions “humanitarian aid” coming from Israel, a country never known for its concern for human rights. This “humanitarian aid” was photographed in a number of terrorist locales after having been liberated by the Syrian military. She writes,

The aid from Israel, which was once concealed or provided through the United Nations and other agencies, began appearing in the original packaging in Hebrew in 2016. Last year, Israel publicized for the first time the extent of the aid it has transferred into Syria, amounting to over 360 tons of food, 90 tons of clothes, and other much-needed items such as generators. Israel also began admitting women and children for day treatments in Israeli hospitals and continues to admit injured and sick Syrians, while Jordan largely sealed off its border. Thus, during the February 2017 rebel offensive on the Manshiye neighborhood in Daraa, Jordan did not allow injured rebels to enter for treatment (a policy Jordan has employed to deter unwanted rebel offensives on the regime), while Israel accepted them in large numbers, according to rebels and activists.

According to dozens of interlocutors in southern Syria, after initial opposition, Israeli aid is being warily accepted by a desperate population that feels abandoned by everyone else. Thousands of Syrians, particularly those residing in camps for the displaced along the border fence, are able to survive thanks to this aid. Syrians who return from medical treatment in Israel tell their friends and relatives about the high quality of the care and describe Israel as a beautiful and highly advanced country.

It is also worth pointing out that Tsurkov attempts to paint Israel as opening its medical facilities to “injured Syrians.” In reality, Israel has opened its hospitals only to terrorists with the exception of perhaps the occasional propaganda necessity.

With all of this in mind, any claims of victimhood by Israel should immediately be discarded. Indeed, this portrayal of self-defense and endangerment should especially be discarded when one considers the history of the state itself.

Israel has made its own enemies by virtue of its colonial nature, its foreign and domestic policy, and even by direct organization and funding. It is thus wholly accurate to say that Israel’s enemies are literally those of its own making.