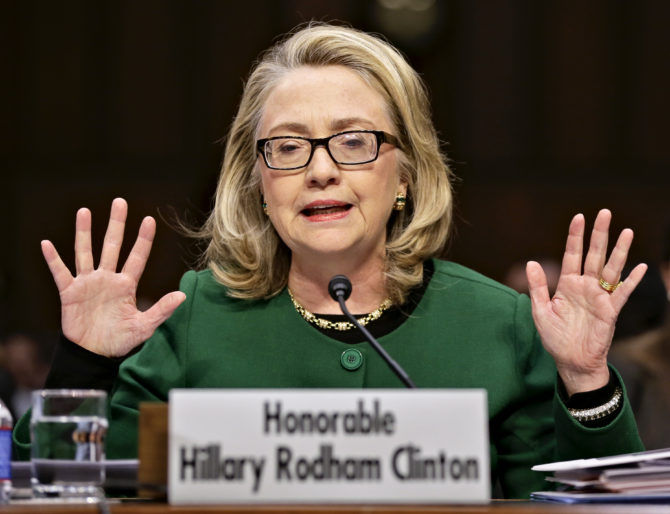 The last couple of news days have provided us with two new reasons why the real 2016 election collusion story begins and ends with Hillary Clinton. Never have truer words been spoken than when Rep. Jim Jordan (R-Ohio) said, “The Clintons’ tentacles go everywhere.”

Sean Hannity discusses the latest developments in his Tuesday night opening monologue below.

“Downer and former President Clinton jointly signed a Memorandum of Understanding in February 2006 that spread out the grant money over four years for a project to provide screening and drug treatment to AIDS patients in Asia.”

Were the Australians thinking that Hillary Clinton might become the US President in 2008? With the contribution being spread over a four-year period, Hillary would presumably be in office before the final payment was made.

Democrats vehemently deny that Christopher Steele’s phony Trump dossier, paid for by the DNC and the Clinton campaign, provided the evidence the FBI cited to obtain a FISA warrant to investigate Trump campaign advisor Carter Page, as both the Nunes Memo and the Grassley-Graham letter claimed.

Following the release of the Nunes Memo, it was reported that Michael Isikoff, when he learned that the FBI used his story to obtain the warrant, was surprised that his article was used to corroborate Steele’s dossier because Steele and his dossier were the sources of his article. Isikoff publicly explained the circumstances of his meeting with Steele. (Meeting took place in September 2016, the month before the FBI obtained the FISA warrant.)

“One reason that kind of stuns me obviously is the information I got from Christopher Steele was information that the FBI already had,” Isikoff said.

Isikoff said he was introduced to Steele by Glenn Simpson, the former journalist who founded the research firm, Fusion GPS, who invited him to meet a “secret source” at a Washington restaurant.

“Glenn had booked a private room upstairs so that no one would see us,” Isikoff recalled. “During the hour or so we talked that day, Steele tells me an amazing story — how one of Donald Trump’s foreign policy advisers, Carter Page, had flown to Moscow and had private talks with close associates of Vladimir Putin about lifting U.S. sanctions against Russia.”

“And Steele tells me something else that day that gets my attention: He’s taken this information to the FBI and the bureau is very interested,” Isikoff continued. “Why were they interested? What did the bureau know that would prompt them to take the extraordinary step to launch an investigation into an adviser of the Republican nominee for president?”

It’s kind of unbelievable that the FBI would use an article found on yahoo.com to corroborate their claims, especially when the talking points in Steele’s dossier matched those in Isikoff’s story.

Mueller knows all of this information and more. He also understands by now that he will not find evidence that Trump colluded with the Russians, which was the reason for his appointment. It’s likely that Mueller recognizes this is a bogus investigation. Similarly, FBI official Peter Strzok is aware of it. We learned this when his texts were published. He said he did not want to be a part of the Carter Page investigation because, “there was no there, there.”

This list is by no means complete. The Clintons’ corruption runs deep. Hopefully, it will all be revealed.

Elizabeth Vaughn was born and raised in southern Connecticut where she currently resides with her husband and two golden retrievers. She worked as a financial consultant at Merrill Lynch in New York City prior to becoming a stay-at-home mom of three. She has since earned her MBA and become an options trader.