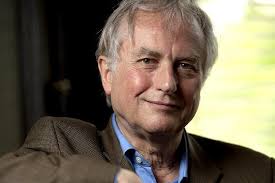 Add another voice to the growing pop culture “normalization” of cannibalism.

It’s Richard Dawkins, 76, the celebrated British evolutionary biologist and rabid atheist who says there’s nothing wrong about pedophilia and it’s our moral duty to kill the mentally retarded.

On March 3, 2018, referring to a news article in the Independent on lab-grown meat being on restaurant menus by the end of this year, Dawkins asks in a tweet if human meat can be grown, and calls the “taboo” against cannibalism a knee-jerk “yuck reaction” of a rigid moral absolutism:

“Tissue culture ‘clean meat’ already in 2018? I’ve long been looking forward to this. What if human meat is grown? Could we overcome our taboo against cannibalism? An interesting test case for consequentialist morality versus ‘yuck reaction’ absolutism.”

Note: Consequentialism is a school of thought that says the morality of an action depends on the consequences it creates. A moral action is one that produces a positive or beneficial outcome; an immoral action is one that produces a negative outcome. Of course, what “positive” and “negative” mean are undefined. In other words, consequentialist morality is the end justifies the means — what is moral is what benefits me, aka moral relativism.

Richard Dawkins decries our taboo against cannibalism as an unthinking, emotional (“yuck reaction”) moral absolutism, as opposed to the end-justifies-the-means consequentialist morality he approves. What escapes me is the positive or beneficial end of cannibalism. Dawkins, in his senile-demented and demon-possessed mind, must think kuru to be the “positive” end that justifies cannibalism.

Here’s a thought: Dawkins’ advocacy of cannibalism itself may be a result and symptom of kuru.

In his book, The God Delusion, Dawkins wrote:

“It seems to me to require quite a low self-regard to think that, should belief in God suddenly vanish from the world, we would all become callous and selfish hedonists, with no kindness, no charity, no generosity, nothing that would deserve the name of goodness.”

By his advocacy for pedophilia, killing the mentally retarded, and now pointless cannibalism, Dawkins precisely demonstrates the very “callous and selfish hedonists, with no kindness, no charity, no generosity, nothing that would deserve the name of goodness” of a world banished of the divinity.