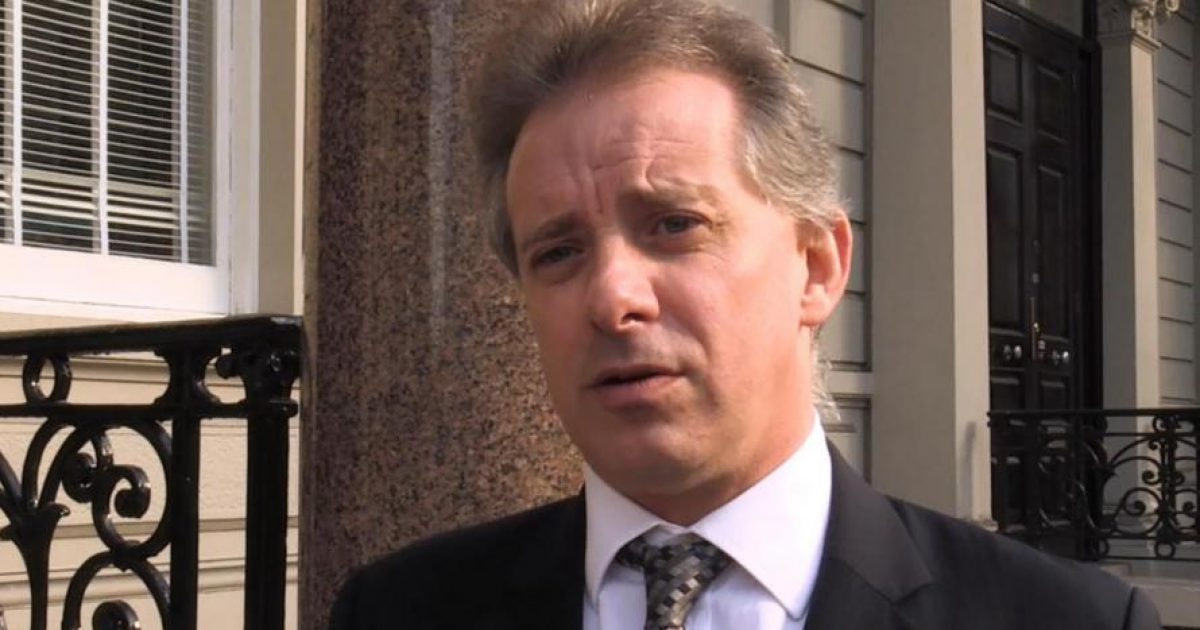 According to a report from The New Yorker, following the Democrat National Committee’s emails release by Wikileaks in 2016, former UK spy Christopher Steele  filed a memo with GPS Fusion stating that the “hack” that obtained the emails involved Russian agents “within the Democratic Party structure itself.”

On July 26, 2016, after WikiLeaks disseminated the D.N.C. e-mails, Steele filed yet another memo, this time claiming that the Kremlin was “behind” the hacking, which was part of a Russian cyber war against Hillary Clinton’s campaign. Many of the details seemed far-fetched: Steele’s sources claimed that the digital attack involved agents “within the Democratic Party structure itself,” as well as Russian émigrés in the U.S. and “associated offensive cyber operators.”

Suffice it to say that like the dossier that the Hillary Clinton campaign paid for, which was debunked, these claims about Steele are also not confirmed and The New Yorker admits that, but the fact that it was mentioned seems like it falls right in line with the documentation we do know about Clinton, Obama and the criminal activity in the midst of the 2016 elections.

Zero Hedge ties this to the current Mueller investigation.

The shocking claim comes amid recent reports that Special Counsel Robert Mueller is preparing criminal charges against Russian hackers allegedly behind the breaches of both the DNC and John Podesta’s email.

Much like the indictment Mueller filed last month charging a different group of Russians in a social media trolling and illegal-ad-buying scheme, the possible new charges are expected to rely heavily on secret intelligence gathered by the CIA, the FBI, the National Security Agency (NSA) and the Department of Homeland Security (DHS), several of the officials say. […] Mueller’s consideration of charges accusing Russians in the hacking case has not been reported previously. Sources say he has long had sufficient evidence to make a case, but strategic issues could dictate the timing. Potential charges include violations of statutes on conspiracy, election law as well as the Computer Fraud and Abuse Act.

The sources say the possible new indictment — or more than one, if that’s how Mueller’s office decides to proceed — would delve into the details of, and the people behind, the Russian intelligence operation that used hackers to penetrate computer networks and steal emails of both the Democratic National Committee (DNC) and Clinton campaign chairman John Podesta.

Meanwhile, as we have been reporting, Mueller has yet to even reach out to Julian Assange of WikiLeaks, or New Zealand entrepreneur Kim Dotcom – who clearly knew of the upcoming email leaks before they were dropped. While Assange has heavily insinuated it was DNC staffer Seth Rich, Dotcom has gone “all in” over the last few months – tweeting that he knows Seth Rich was Wikileaks’ source, Rich used a memory stick, and that Dotcom himself was involved.

Let me assure you, the DNC hack wasn’t even a hack. It was an insider with a memory stick. I know this because I know who did it and why. Special Counsel Mueller is not interested in my evidence. My lawyers wrote to him twice. He never replied. 360 pounds!https://t.co/AGRO0sFx7s https://t.co/epXtv0t1uN

I knew Seth Rich. I know he was the @Wikileaks source. I was involved. https://t.co/MbGQteHhZM

I’m pretty sure it was an inside job and that Seth Rich was the one that obtained the information and passed it on to Wikileaks, which is why he was murdered.

In May, when CrowdStrike recommended that we take down our system and rebuild it, the DNC told them to wait a month, because the state primaries for the presidential election were still underway, and the party and the staff needed to be at their computers to manage these efforts,” Brazile wrote in her new book

“For a whole month, CrowdStrike watched Cozy Bear and Fancy Bear operating. Cozy Bear was the hacking force that had been in the DNC system for nearly a year.”

Cozy Bear and Fancy Bear are cybersecurity firms that have reported ties with Russian hackers. Both groups are blamed for the hacks on the DNC in 2016. CrowdStrike is a private U.S. cybersecurity firm that oversaw the protection of the DNC’s servers.

So, the obvious question is, who was responsible for hiring these cybersecurity firms in the first place with reported ties to Russian hackers?  Well, we know that Debbie Wasserman-Schultz was head of the DNC at the time.  Of course, she resigned and leeched onto the Clinton campaign after it was revealed that she colluded to undermine Bernie Sanders’ campaign.  Donna Brazile then stepped in.

Once again, the real Russian colluders are exposed.