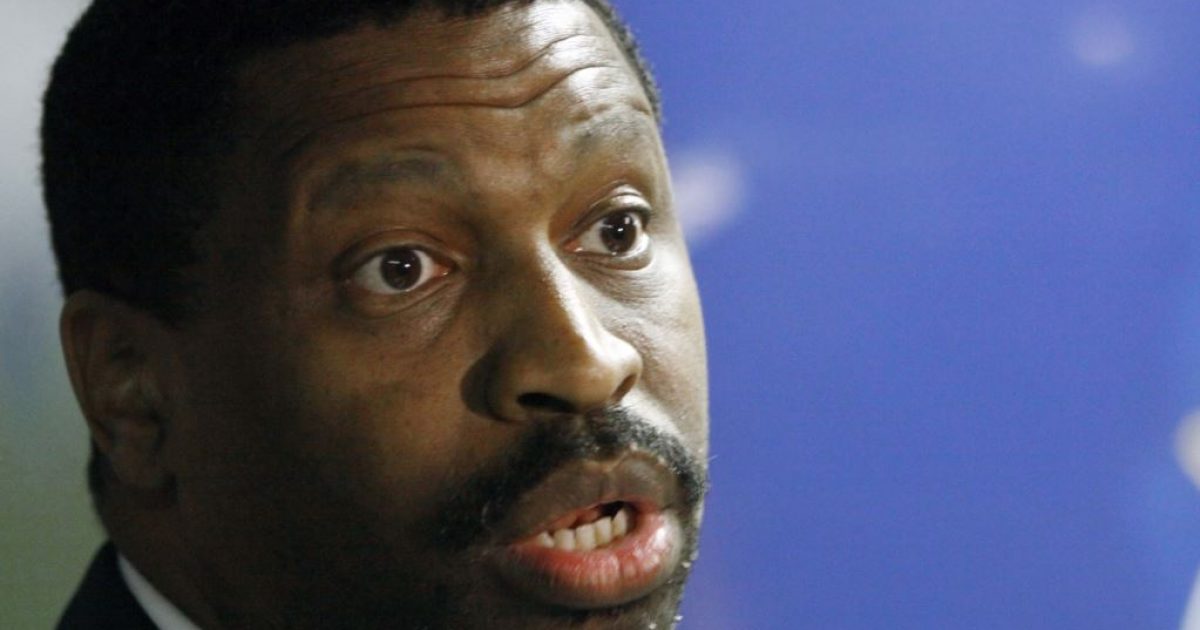 On Monday, the president and CEO of the National Association for the Advancement of Colored People (NAACP), Derrick Johnson, called for a national gun confiscation program.

Understand that it has been documented that the NAACP is a Communist/Socialist organization to divide Americans based on the color of their skin, and so the push for gun confiscation does not come as a surprise.

Johnson wrote an op-ed that was pushed out to media by Black Press USA and posted to the NAACP website.

Be warned, the op-ed is full of lies and misrepresentation.

He first cites the 1954 Brown v. Board of Education Supreme Court decision claiming that black students faced “fear and terror” as part of the normal school routine.

He tries to equate discrimination that black students faced then with the “fear and terror” in classrooms today, only now he’s going after National Rifle Association and representatives who might support them.

“Decades later, fear and terror still exist in our children’s classrooms,” Johnson writes.  “Due to the National Rifle Association (NRA) and the politicians that support them, meaningful discourse on the issue of gun control is nearly impossible, and in that silence, school shootings from Sandy Hook to Parkland keep the classroom a battleground, not a place of learning.”

Actually, the NRA has provided gun safety and training classes, which Mr. Johnson fails to mention, and they’ve been doing that for decades, long before school shootings were taking place often.

Furthermore, there is not “meaningful discourse on the issue of gun control.”  Gun control is illegal and unlawful under our Constitution, but being a Communist-minded man, Johnson doesn’t care.  So, he reminds readers that his Communist/Socialist organization has pushed more and more gun control for years.

“Given the disproportionate damage gun violence is having on our communities, the NAACP has advocated for sane, sensible laws, to help eliminate or at least to decrease the damage and death caused by gun violence,” Johnson wrote.  “Requiring universal background checks on all gun sales and transfers, banning military-style, semi-automatic assault guns, enacting tough, new criminal penalties for straw purchasers and gun traffickers, and allowing the Center for Disease Control to research gun violence as a major public health issue are just a few of the reasonable steps lawmakers could take to stem the tide of gun related deaths in neighborhoods across the nation.”

Now, the NAACP has pushed for these things, but none of them have stopped anything, have they?  These laws are in place in some of the most deadly cities in the world, like New York and Chicago, but Johnson won’t tell you that.

While he touts the numbers of blacks killed by criminals with guns, he fails to point out that the vast majority of those homicides are due to black-on-black crimes, and that they are primarily taking place in areas with strict gun control laws already in place.

He claims that those deaths are “preventable” and has the audacity to say that critics would call him “naively ambitious,” but Johnson said that “sustainable gun control is achievable.”  Sadly, he points to Australia as his proof.

Now, one thing is for sure, Australia did implement tyrannical gun control there, but that did not make it a utopia as Johnson suggests.

Johnson recounted how after the Port Arthur massacre in which Martin Bryant murdered 35 people and injured 23, the country implemented the draconian gun laws, and in a matter of months, according to Johnson, “bought and destroyed over half a million firearms, banned automatic and semiautomatic weapons, created a national firearms registry, and enforced a 28-day waiting period for gun purchases.”

However, he then went on to tell a major whopper of a lie.

“The results were both clear and staggering—there has not been a single mass shooting in Australia since 1996,” Johnson lied.

Really, Mr. Johnson?  Not a single mass shooting?  The facts are clearly not on Johnson’s side here.

Here are the mass shootings that took place after 1996 in Australia following the implementation of gun laws.

This does not include the other methods used during that time to murder the people of Australia, including knives and arson.

And while Johnson deceives readers by telling them that gun-related homicides and suicides dropped by 59 and 65 percent, he fails to inform you that violent crime rose.

In a previous report, I pointed out what Johnson fails to tell you about, the real crime rates and numbers following the gun confiscation in Australia.

In a report by Bob Adelmann, he reminds us of a report on what took place the first time around.

“A study in 2002 headed up by Professor Peter Reuter at the Department of Criminology at the University of Maryland entitled ‘Australia: A Massive Buyback of Low-Risk Guns’ revealed the futility of the buyback program,” wrote Adelmann.

Adelman then drops the punchline.  “The report analyzed the available data to see if there was any measurable decline in violent crime in the years following the buyback, and pointed out the futility of the effort: ‘The buyback alone was an implausible candidate for reducing crime rates because the targeted gun type was one not much used in homicides or, presumably, other kinds of violent crime.’ The report concluded: ‘The results provide little insight.'”

“In other words, millions were spent in abrogating the natural rights of Australian citizens, going after weapons that weren’t even being used in violent crime,” Adelman concluded.

Despite the claims of gun grabbers, Australia’s rate of violent crimes didn’t seem to be affected at all when they confiscated guns in 1996.  Robbery did spike for several years while sexual assault, homicide and kidnapping/abduction remained virtually the same.  So, if anything, the confiscation scheme left people more vulnerable, not safer.  A 2013 US Department of Justice’s National Institute of Justice review of the data on Australia’s NFA firearm confiscation program and declared that it “found no effect on crime.”

This has all led the NRAILA to conclude, “…the Australian government has admitted that its intent with the new amnesty is to disarm the otherwise law-abiding who are not in total compliance with Australia’s onerous gun control regime. This pursuit of unregistered heirlooms and family keepsakes will no doubt have an effect on violent crime similar to that of previous amnesties; none.”

In fact, the gun confiscation measure was such a pathetic failure, that Australia had to go confiscating guns again in 2017 because, despite the fact that guns were confiscated and banned for more than 20 years, there was still an estimated 600,000 guns in Australia.  How can that be Mr. Johnson, if what you say is true?

Why did violent crime not decrease?  How in the world could there be guns in a country more than 20 years later after pieces of paper were written to outlaw them?

All we will hear from Communists like Derrick Johnson is, “Well, we will do it right and it will work.”

No, Sir.  You’re not going to do it because it is unconstitutional and it will never work.  Try coming down south and confiscating our guns and see what that gets you?  A whole lot of lead and a whole lot of holes.  Think about it.