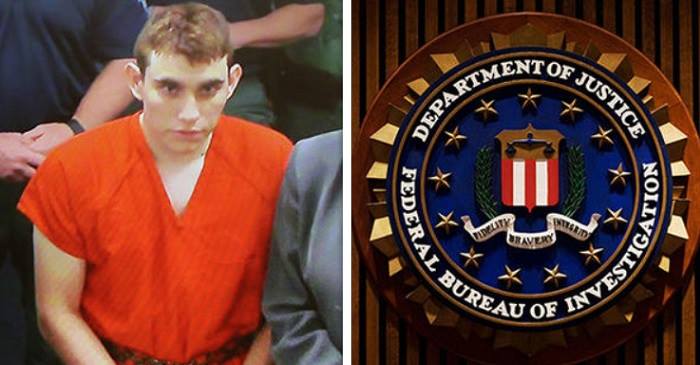 (ANTIMEDIA) — Amid the fallout from the February 14 school shooting in Parkland, FL, that left 17 dead, the FBI and local law enforcement received widespread criticism for their inability to prevent the shooting despite multiple warning signs and opportunities. On Tuesday, the FBI admitted these failures to the House Judiciary Committee during a hearing focused on how the bureau handled tips about Nikolas Cruz prior to the massacre.

That release summarized the takeaways, which have already been highlighted in media reports:

“In September 2017, the FBI received an Internet tip from a video blogger about a threatening comment posted to a YouTube video the blogger had posted. The comment stated, ‘I am going to be a professional school shooter,’ and was posted under the username ‘nikolas cruz.’”

According to the hearing, an FBI office in Mississippi received that tip, but after officials investigated it, they closed the case because “it lacked personal identifiable information on the user who posted the threatening comment” (the username “nikolas cruz” was evidently not enough for the agents to go on).

Apparently, however, the agents could have done more:

“The agents tasked with the case could have requested assistance from YouTube to attempt to identify the user who left the comment, but determined that the United States Attorney’s Office in that region was unlikely to agree to such a request.”

On another occasion, a friend of the Cruz family called the FBI tip line and, according to Bowdich, provided sufficient information for the bureau to follow up. But as the press release noted, “the call taker did not ask any standard investigative probing questions during the call” despite the caller saying she worried Cruz “going to explode” and that she feared him “getting into a school and just shooting the place up.”

The agent who took the call spoke to their supervisor, but that conversation was not documented. Worse, as the press release summarized:

“At the time, the call taker was able to connect information about Nikolas Cruz to the September 2017 tip about the threatening YouTube comment. Despite these connected dots, the call taker and supervisor decided to not pursue the matter further and the case was closed.”

They also declined to contact local authorities even though the caller told them Parkland police were also aware of the threat Cruz posed. “Better information sharing between federal and local law enforcement may have prevented the shooting at Marjory Stoneman Douglas High School,” the summary of the hearing noted.

Bowdich admitted “there were failures and that corrective actions will be taken,” including conducting separate reviews of the two above instances and providing better training for call takers working the tip line.

Though the FBI is often glorified in entertainment and has received increased support in recent months thanks to its its pursuit of potential corruption within the Trump administration, the government agency has a long history of nefariousness.

Though it is successful in using informants to instigate potential terror attacks, then foiling them and taking credit for keeping the public safe, it appears that despite its tip line, widespread surveillancemethods, and immense manpower, the agency continues to fail to live up to its reputation.