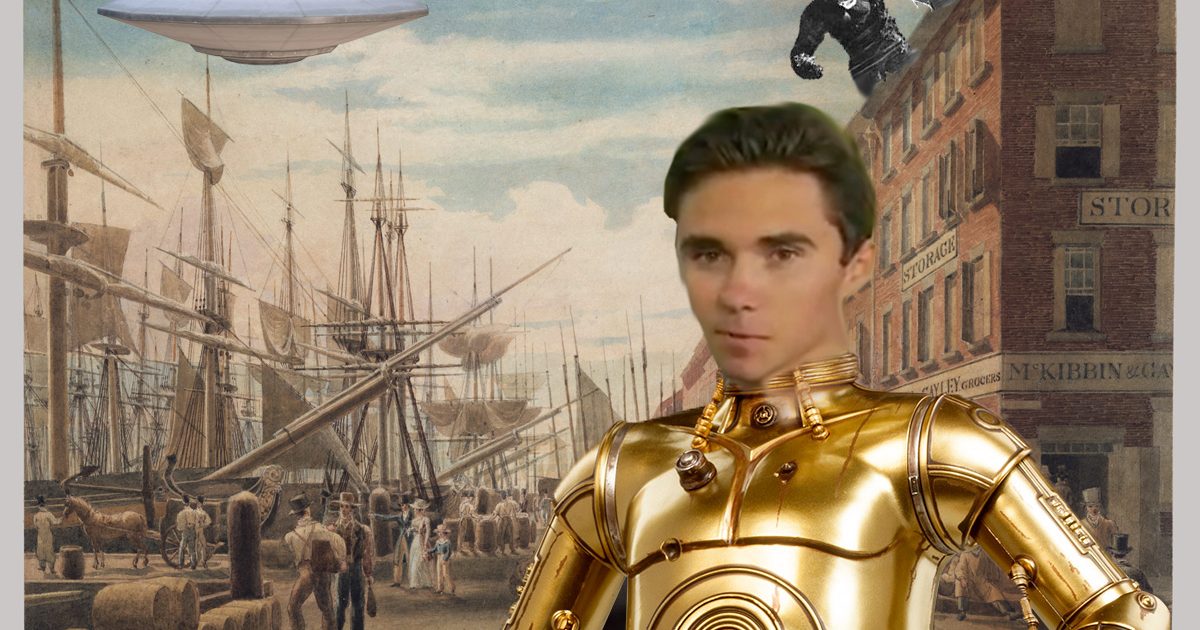 After a short period of silence, David Hogg is once again garnering headlines – not for his anti-gun or his pro-confiscation of firearms stance.  It is because he and his mother claimed they received death threats on social media prompting them to contact the Federal Bureau of Investigation (FBI).  The story, carried by Hollywood tabloid TMZ, was picked up by The Daily Caller.

Hogg’s mother, Rebecca Boldrick, received a posting to her Facebook account stating, “You can change your settings, but you can never change your face, your whole family is exposed because of your piece of s**t kid, btw his whole plan has backfired on him, im sure his birthday celebration will be an interesting event F*** you and him God Bless the NRA and the right to bear arms, wrong crowd to f*** with idiotsticks.”

Another user posted to Boldrick’s page, “You should have had an abortion.  Your son is a psychopathic douche bag. Drive the whole family over a cliff,,,just admit failure.”

We’ve confirmed the FBI has been contacted. Hogg’s father is also an ex-FBI agent. Rebecca says they’ve also put in calls to Facebook as well as the Royal Canadian Mounted Police, since the commentor’s FB profile says he hails from Canada.

In a statement, Rebecca tells TMZ the family understands that, while some people don’t agree with their anti-gun message, that shouldn’t give them the right to threaten or intimidate her family, particularly through social media. She says any threats they receive will have consequences.

Now, who didn’t see this coming from 10 miles out?  It was only a matter of time before individuals began taking to social media to criticize Hogg and his family.  But, can these posts be considered “death threats?”

It’s difficult to see the statement regarding Hogg’s birthday as a threat.  Could one imply or perceive it as such?  Yes, one could;  but, it really isn’t.  Being that Hogg will turn 18 on his birthday, becoming of legal age to vote, and holding high regard in the media because of repeating their gun control/confiscation agenda talking points, one could see how his birthday would be an interesting event.  Now, couple that statement with the one before it, “btw his whole plan has backfired on him,” and one can see that viewed in context, this could mean an outpouring of counter protests on his birthday.

The individual did not “co-sign” the NRA as a reasonable person would consider it.  There was a reference to the NRA and the right to bear arms.  The poster stated fact when saying, “… you can never change your face, your whole family is exposed ….”  That’s not a threat.  There is no indication the individual is going to take action against her or her family.  By becoming the poster-boy for gun confiscation and posing with his family for media photographs, David Hogg is readily identifiable, as well as are his family members.  These individuals are now national media sensations, “exposed” to the public, and fair game for ridicule, criticism, and rude comments.

There are several different ways to take that post when reading it.  It’s hard to see this as a threat.  Saying, “wrong crowd to **** with, idiotsticks,” in no way implies a threat since the individual is not indicating he/she will take action against her or her family;  but, it is a comment signaling the family would get resistance from law-abiding gun owners and those who are members of the NRA.  When speaking of resistance here, the term is meaning to stand in support of the God-given individual unalienable right to keep and bear arms using peaceful means.

Boldrick has taken the comment made by another poster, “you should have had an abortion,” as a death threat.  For anti-constitutionalists, there is one conundrum needing to be addressed – either human life has intrinsic value or it doesn’t.  If a child dying by murder at the hand of a lunatic is devaluing life, then a child dying by murder in the womb at the hand of a doctor is devaluing life.  One can’t say a born life is worth more than an unborn life.  Life is life.  So, anti-constitutionalists, such as Hogg’s family, would support murdering babies in the womb, meaning life as no intrinsic value;  therefore, the statement “you should have had an abortion”  could not be considered a death threat.  Holding the view that life has intrinsic value, that statement still could not be considered a death threat since it is suggesting an action that “should have” happened, but didn’t and is being issued after the fact of birth – 17 years after the fact.

In the latter part of that post, the commentator suggests, “drive the whole family over a cliff… just admit failure,” is not a death threat either.  The commentator is telling Boldrick to perform an action, which could be considered a metaphor, but is not saying he/she is going to perform any action against her or her family.  When placed within context using the previous statement, “your son is a psychopathic douchebag,” the meaning becomes more metaphorical in what Hogg has done to his family by becoming the poster-boy for the CNN anti-constitutionalist agenda of gun confiscation.  Still, this is not a threat.

Boldrick maintains that her family’s anti-gun message should not give anyone the “right” to threaten or intimidate her family through social media when disagreeing with their viewpoint.  While no one should threaten anyone, which doesn’t appear to have happened in these examples of postings, or intimidate another individual, Boldrick should answer what “right” her family has to determine “rights” for everyone else.  Moreover, since these postings are dripping with animosity, disdain, and hate, this is freedom of speech and is recognized as a God-given individual unalienable right and protected by the First Amendment.

And, let’s not forget that “little David Hogg” engaged in making libelous statements against Alex Jones of Infowars on social media, which were libelous.

These statements made on Boldrick’s social media page are nowhere along the lines of what the school shooter made on an individual’s YouTube channel and elsewhere that should have received higher priority by the FBI.

Boldrick did say that any threats received would have consequences.  That depends on if the FBI does a better job of tracking those posting threats, real threats not perceived ones, toward her family than the agency did in finding the Marjory Stoneman Douglas High School shooter.  But, with her husband being a former FBI agent, one can bet her report will be marked “top priority,” receive a plethora of agents to find these commentators, and push the Trump-Russia Collusion investigation to the back burner.

Maybe she and her family should have contacted the FBI on the Parkland shooter.